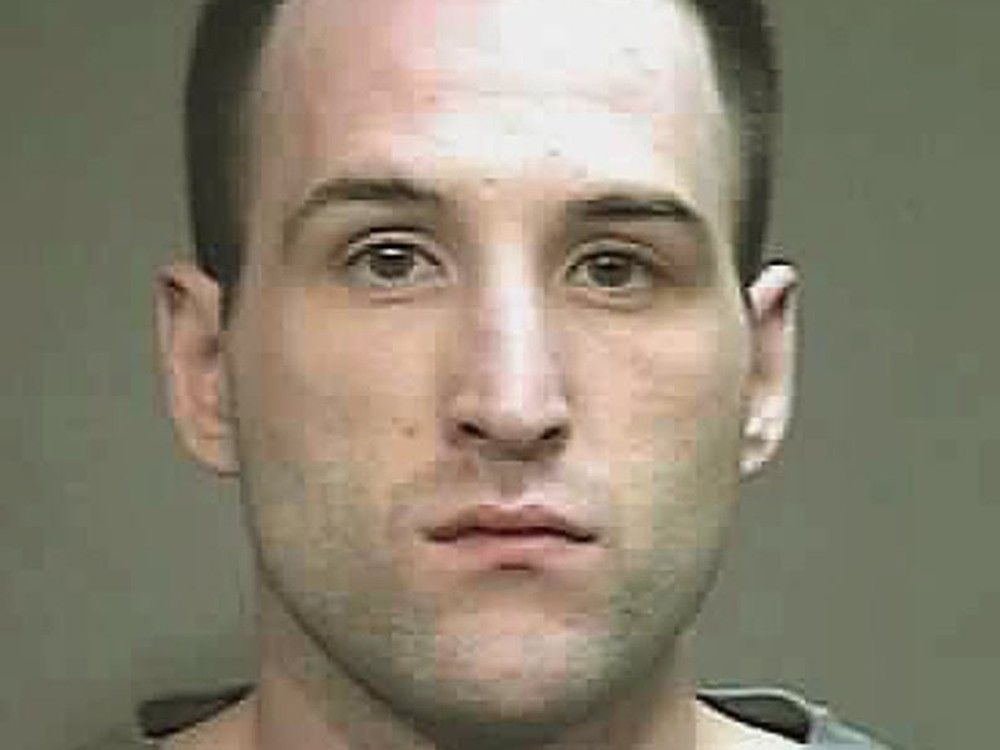 An inmate serving a life sentence for two gruesome knife murders has won his court challenge of a disciplinary charge after two handmade knives and a key were found in “a very good hiding spot” in his prison cell.

Guards found the dangerous contraband hidden within the legs of the bed frame that had been unbolted from the floor in the cell of Jamie Cliff.

A prison investigation, however, was not able to prove Cliff put it there or knew it was there because the institution didn’t log whether his cell was searched prior to him being assigned to it, a Federal Court judge has ruled.

The search of Cliff’s cell in Warkworth Institution, a medium-security prison near Campbellford, Ont., was a lawful and fruitful one.

Two shanks, which are what secret jail-made slashing or stabbing weapons are called, and a key to an unspecified lock were found inside the bed frame’s legs, which were supposed to be bolted to the floor.

Cliff pleaded not guilty to the institutional disciplinary charge of being in possession of contraband.

The ingenuity of the hiding spot was noted by officials.

Cliff was found guilty and fined. He appealed the decision to the Federal Court, seeking a judicial review of the ICP’s ruling.

John Dillon, a lawyer representing Cliff, argued the charge could not be proven beyond a reasonable doubt because there were no records that the cell had been searched and cleared of contraband before Cliff was placed there about 30 days before the shanks were found.

The ICP ruled the lack of prison evidence of any search prior to assigning Cliff to the cell, and, in fact, no records on when Cliff was even moved into it, did not hurt the prison’s case.

In cases of possession of contraband, the prison is required to prove beyond a reasonable doubt that an inmate had knowledge and control of the contraband. Evidence of knowing may be inferred from the facts of a case, jurisprudence says, because inmates seldom admit contraband is theirs.

In this case, that requirement was not met, ruled Federal Court Judge Janet Fuhrer.

The ICP’s decision seemed to be based on the prison’s need to crack down on legal defences against innovative hiding places, and the need for “fast and efficient” disciplinary proceedings in order to ensure “order and discipline.”

“The Decision lacks intelligibility and transparency, and thus warrants this Court’s intervention.” The hearing on it was held last month and the decision released this week.

The court ordered a new institutional hearing for Cliff’s charge.

Dillon, Cliff’s lawyer, said it was a good decision.

“He had only been in the cell for 30 days,” Dillon said in an interview.

“He didn’t have any tools, there is no way he could have unscrewed or unbolted the bed. There was no information when the cell had last been searched.”

Cliff has a history of waging court challenges to prison actions, with some success.

His biggest court case, however, ended decidedly against him.

A jury found Cliff guilty in 2011 of two counts of second-degree murder for killing his former girlfriend, Lana Christophersen, 26, and her roommate, Andrew Gawley, 21, in Vancouver.

After stabbing both, Gawley was doused in gasoline and lit on fire. The fire caused an explosion at the apartment building. Cliff had 48 prior convictions at the time, including one for manslaughter.

The judge hearing his criminal case gave him the harshest punishment allowed: a life sentence with no parole eligibility from prison for 25 years, a punishment usually reserved for first-degree murder.

In 2016, Cliff complained he was treated unfairly by prison officials when he was transferred back to a maximum-security prison. Guards deemed him a safety risk after a report said he was arranging for other inmates to be beaten, and other infractions.

He appealed and won that case as well — also related to prison record keeping. Cliff said he was not given adequate information about the allegations against him and Corrections officials couldn’t prove they had.