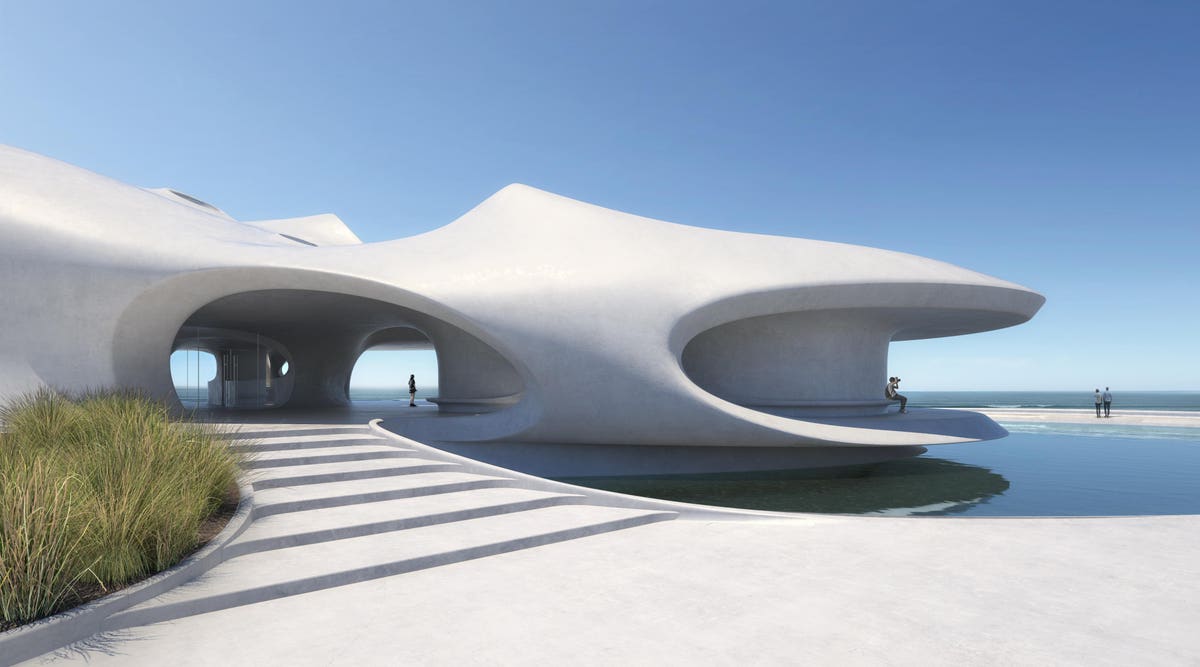 I sit down with Ma Yansong, the Beijing-born architect who founded MAD Architects in 2004 and is behind the highly-anticipated Lucas Museum of Narrative Art in Los Angeles and architectural fantasies like the Harbin Opera House and Nanjing Zendai Himalayas Center in China, to talk about the state of architecture today and some of his recent designs.

Has COVID-19 changed your vision of architecture?

People really need social life in the city. That’s the reason they go to the city, so having public space is still very important. I don’t think this situation will affect architecture in the long term actually. I think now people are using a lot of outdoor spaces, but buildings are still there and we cannot say we won’t have interior spaces in the future. Now when we do new urban planning, we want to leave some open spaces and parks. If you have a really low-density area, you can use the space for different crises and emergencies, and during normal times, it is also a breathing space for people and cities. It doesn’t have to be so packed, so flexibility is very important, but I think that the goal is still to have good-quality public space. We still need to encourage people to meet each other, to gather, to share, to communicate. I don’t think we should design cities or architecture to divide people or make social distancing permanent.

You believe that architecture will stay fundamentally the same?

Yes. The challenge for architecture is not COVID-19. We build architecture as a part of humans emotion or spirit, and a lack of that quality is the real crisis. Building architecture that can relate to human beings is the real long-term challenge and the goal. Can we create a city or buildings to be spiritual and connect with people? I think that the crisis during COVID-19 is also people staying home, people cannot see each other and people miss nature. They’re lacking these emotional things. I think we can work around this crisis, but I don’t think it’s a fundamental thing that will change architecture.

Even before COVID-19, your work already focused on the connection between the city and its inhabitants through your “shanshui city” philosophy of making nature and humans more emotionally connected in modern cities…

I think this crisis started from people’s relationship with nature, like how people treat this virus, and also because of population density. So it’s all about how humans see nature. We need to understand nature. We challenge nature too much. We change this and that and try to control everything. Maybe we should try to learn how to fit in with nature.

Tell me about the convergence of architecture, nature and humanity in Gardenhouse, your first residential project in the United States.

The building doesn’t look like my other work. When I came to Beverly Hills, I saw those luxury houses on the hill and was inspired by the scenery. I thought about moving a part of this hill into the city. It’s like building a mountain with a horizontal green base and then small houses on top of it. Inside the building, I made a courtyard with a lot of terraces for every unit to face it, so it’s like a courtyard house in Beijing where people are supposed to be very friendly and know each other. That’s the environment I wanted. We used different types of plants for the green wall so they grow in different shapes and depths and become three dimensional eventually, almost an art piece on the wall. Inside the courtyard, at the center, we made a water feature, so when you go into the courtyard from the busy urban street, suddenly it’s very quiet. We designed it as a waterfall so water runs down from the second-level garden to the entrance, and there’s a hole open to the sky where the light comes down from the top. It’s a Garden of Eden feeling. We really wanted to encourage outdoor life.

Describe the Cloudscape of Haikou in China, with its curved pavilion that appears to be a wormhole transcending time and space.

It’s a very small building on the ocean shore. The city wants to upgrade the whole oceanfront public space, so they’re inviting many famous architects from around the world, each one only designing one tiny building. This started construction first, and my idea was how to make a lot of holes. We stand there looking at the ocean. It’s like two different parallel worlds, and I wanted to build the communication between the two, between the ocean and the land. This small architectural space can be a journey, the in-between space of the two worlds. It’s a mysterious space with depth like a wormhole: you go in there and you go to another space and another space, layer after layer after layer. It’s quite a complex, three-dimensional space. The structure is made from only one material: concrete. It’s all fluid shapes cast one time, so it’s one continuous piece. Inside, there’s a library, public restrooms for people going to the beach and a rooftop terrace with a view.

What was the idea behind Courtyard Kindergarten in Beijing featuring a red rooftop playground whose surface resembles small hills and plains?

On the site, there was a 200-year-old or 300-year-old courtyard house and we had to preserve it. I really wanted to be clear about what’s new and what’s old, so the new building was built around the old courtyard house. It’s also a single floor because I wanted to keep the scale similar to the old building. We also have a courtyard, but the new courtyard is a round shape with stairs, so kids can go up to the roof and run around. The roof landscape is like Mars because it’s undulating, going up and down, and a red-colored surface. We built the whole roof as a playground but, more importantly, inside the new building, the layout is totally open: there are no rooms. All the spaces are connected, but from the scale and the roof line, the new building really respects the old one. The main challenge here was how to build new and deal with the old, and I wanted kids to know that they are living in a world full of imagination.

Tell me about your collaboration with HyperloopTT on the development of an elevated, rapid transport system, transforming the future of travel and establishing a renewed connection between people and the city.

The Hyperloop is the concept from Elon Musk and right now there’s a company, HyperloopTT, trying to realize this project. They have a big engineering team working on technical things, and also architects and designers working on the stations’ designs. The company is trying to make it happen in different regions of the world. Our job was to design the tube itself, how this tube would look like in the landscape and in the city, how it could become positive urban elements. In our design, the tubes can be elevated above the ground, so there are many concepts that can happen around it. You can use the very long surface for solar panels to generate a lot of energy. You can use the space underneath for wind power devices. I think that if two cities need to connect and there are not many things in between them, if they need a very convenient connection that’s very fast and easy, if the distance is too short for airplanes, but too long for driving, then this would be ideal. If the travel time can be effectively much shorter, the whole world will change because every place feels closer and easier to communicate. That would be a different world.