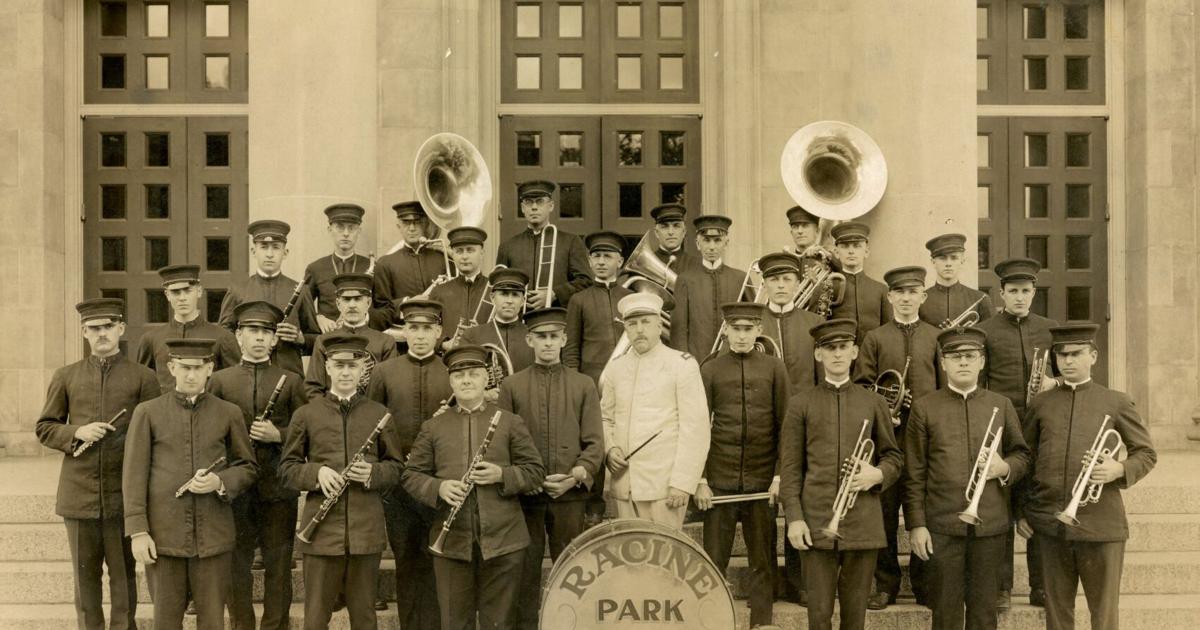 The band’s 1,504th free concert will carry a patriotic theme and feature band member Kyle Miskovic on xylophone for Leyden’s “Serenade for a Picket Fence” and a tenor soloist singing “America the Beautiful.”

The concert concludes with Sousa’s “Stars and Stripes Forever.”

Audience members are encouraged to bring lawn chairs or blankets. There is limited seating at the concert venue.

The zoo reopens for free admission to the Kiwanis amphitheater 30 minutes prior to the concert at the Walton Avenue and Augusta Street gates.

A bit of history

The band officially started on June 10, 1923, when the Racine Park Board Band performed its first concert at Horlick Park.

Henry Schulte established himself as a local band leader after the turn of the century, and his band played regularly at various parks in Racine. He received financial support from the city as early as 1911 when the city council budget included a line item for $57.50.

His popularity continued into the 1920s, when he asked the Racine City Council for an annual appropriation to present a series of 12 free concerts in city parks. The request was granted, and the Racine Park Board Band was born.

The Park Board Band started playing concerts at the zoo in 1944 and concerts at the North Beach gazebo were paused in 1952 — returning occasionally during subsequent years. The concerts continued at Washington Park through 1964, until the band shell deteriorated and had to be torn down.

With the purchase of a “Wenger Showmobile” in 1966, the band took its show on the road. The group played at parks around the city on Wednesdays and played at the zoo on Sunday afternoons.

In 1967, the band board petitioned the Parks and Recreation Department to change the name to the Racine Municipal Band.

The portable stage was replaced with the Kiwanis Memorial Amphitheater at the zoo in 1984 that was built, in part, to become a permanent home for the band.

In 1996, the band changed its name to the Racine Concert Band.

The 40-member band plays a seven-concert outdoor summer season at the Racine Zoo, plus three high school concerts during the school year, along with leading off Racine’s 4th of July parade each year.

The band is led by the group’s music director and conductor Mark Eichner, who celebrates his 20th year as the leader of the band this year. He’s the band’s fifth conductor.

When Delbert Eisch learned of Opferkuch’s imminent retirement, the Racine instrumental music teacher threw his hat in the ring and was hired. His tenure lasted almost 30 years, until 2001. Eichner took over the next year.

The band’s 100-year history is brought to life with a traveling exhibit, currently on display at the Racine Public Library. It will move to the Delta Hotel by Marriott Racine in August. Earlier in the year it resided at the University of Wisconsin-Parkside, Wilson’s Coffee & Tea and the Racine Heritage Museum.

Also, patrons of the Racine Concert Band responded to an appeal earlier this year to support the centennial celebration with the purchase of chairs, shirts, folders, arrangements, bongos and commissions for the band. Funds are still needed to purchase additional band shirts ($25 each) and chairs ($55 each).

To make a donation, send a check and a note designating the use of a gift (if desired) to Racine Concert Band, City Hall Annex, Room 15, 800 Center St., Racine, WI 53403 or online at racineconcertband.com.