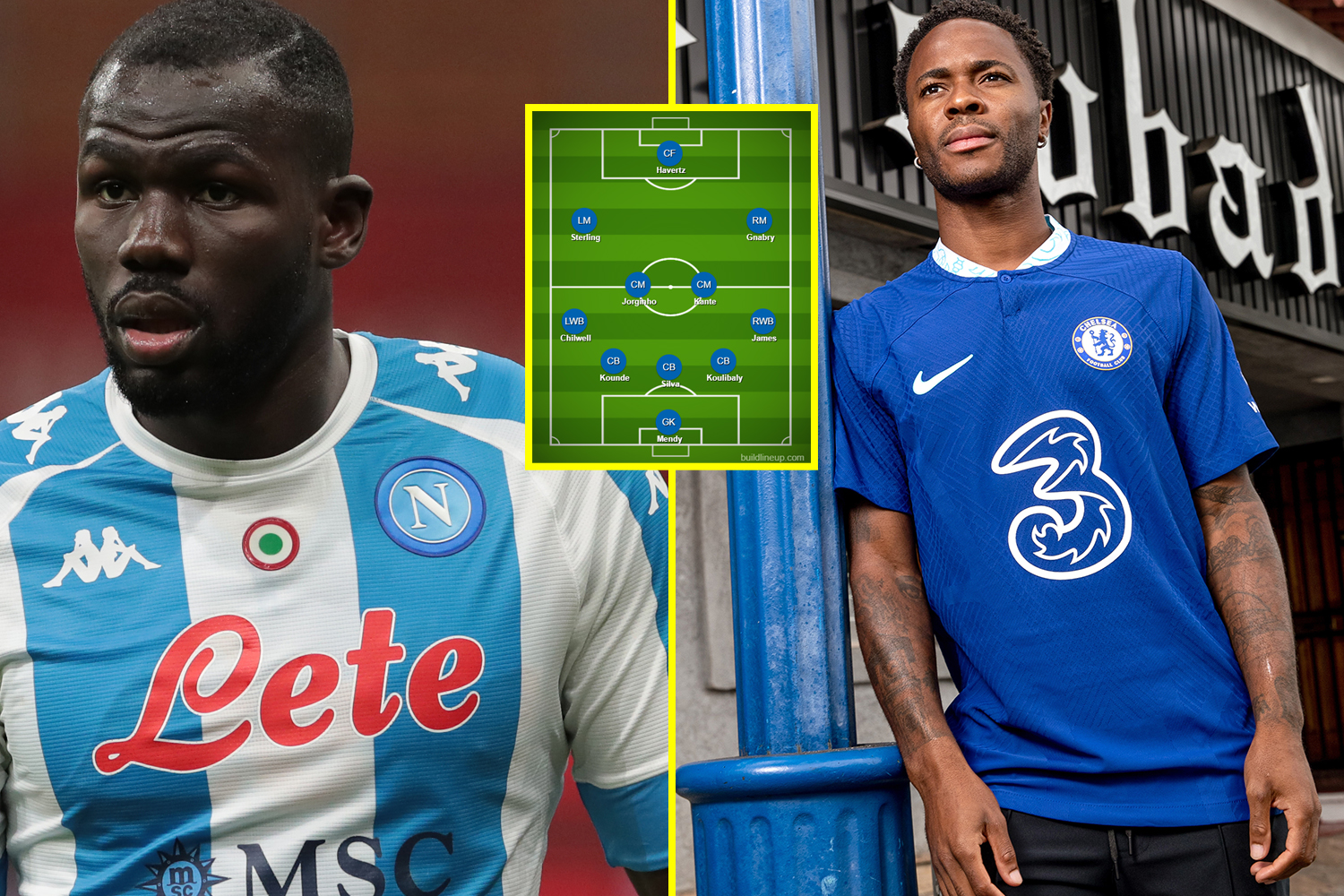 The Todd Boehly era at Chelsea is under way and as a result fans could see a markedly different look for the Blues this season.

Thomas Tuchel’s side were hugely restricted in the final months of last term due to the sanctions imposed on previous owner Roman Abramovich.

However with the Russian selling the club to American billionaire Boehly, it means the Chelsea manager has some more money at his disposal in this window.

The west London side secured a third place finish last term, and as well as looking to consolidate that spot, fans will be hoping that they are able to close the gap on Manchester City and Liverpool at the top of the Premier League.

However with significant changes afoot, it means that there are a lot of question marks surrounding the Chelsea team.

They’ve wrapped up a deal for Raheem Sterling, while Kalidou Koulibaly set to join him in the coming days.

Between the sticks, Chelsea are blessed with depth with Kepa Arrizabalaga challenging for a spot in goal, however it’s set to be Edouard Mendy who retains the gloves ahead of the Premier League’s return.

In central defence, Chelsea have been dealt a blow by losing Antonio Rudiger and Andreas Christensen at the end of their contracts to Real Madrid and Barcelona.

Speculation also surrounds Cesar Azpilicueta who continues to be linked with a move to Barcelona, meaning that Thiago Silva will likely be leaned upon again this term.

talkSPORT understands that Koulibaly is closing in on a £35million move.

After completing the Koulibaly signing, Chelsea will step up their interest in Paris Saint-Germain and France defender Presnel Kimpembe and are hopeful of signing former player Nathan Ake, who plies his trade at Man City.

At wing-back, Chelsea have two of the best in the Premier League with Ben Chilwell and Reece James set to retain their spots in the team.

The same can be said in central midfield, with Jorginho and N’Golo Kante set to form a solid foundation for Tuchel’s side once again.

In attack, however, things could look very different.

Speculation surrounding the future of Hakim Ziyech means that Chelsea continue to search for pacy attackers alongside Sterling.

Chelsea are looking for further quality too, with Serge Gnabry emerging as a transfer target to add more quality to the final third.

At centre forward, the challenge for Tuchel will be on replacing Romelu Lukaku following his loan move to Inter Milan.

Players continue to be linked, but as it stands it’s likely to be Kai Havertz or Timo Werner who are tasked with leading Chelsea’s line.

How Chelsea could look this season