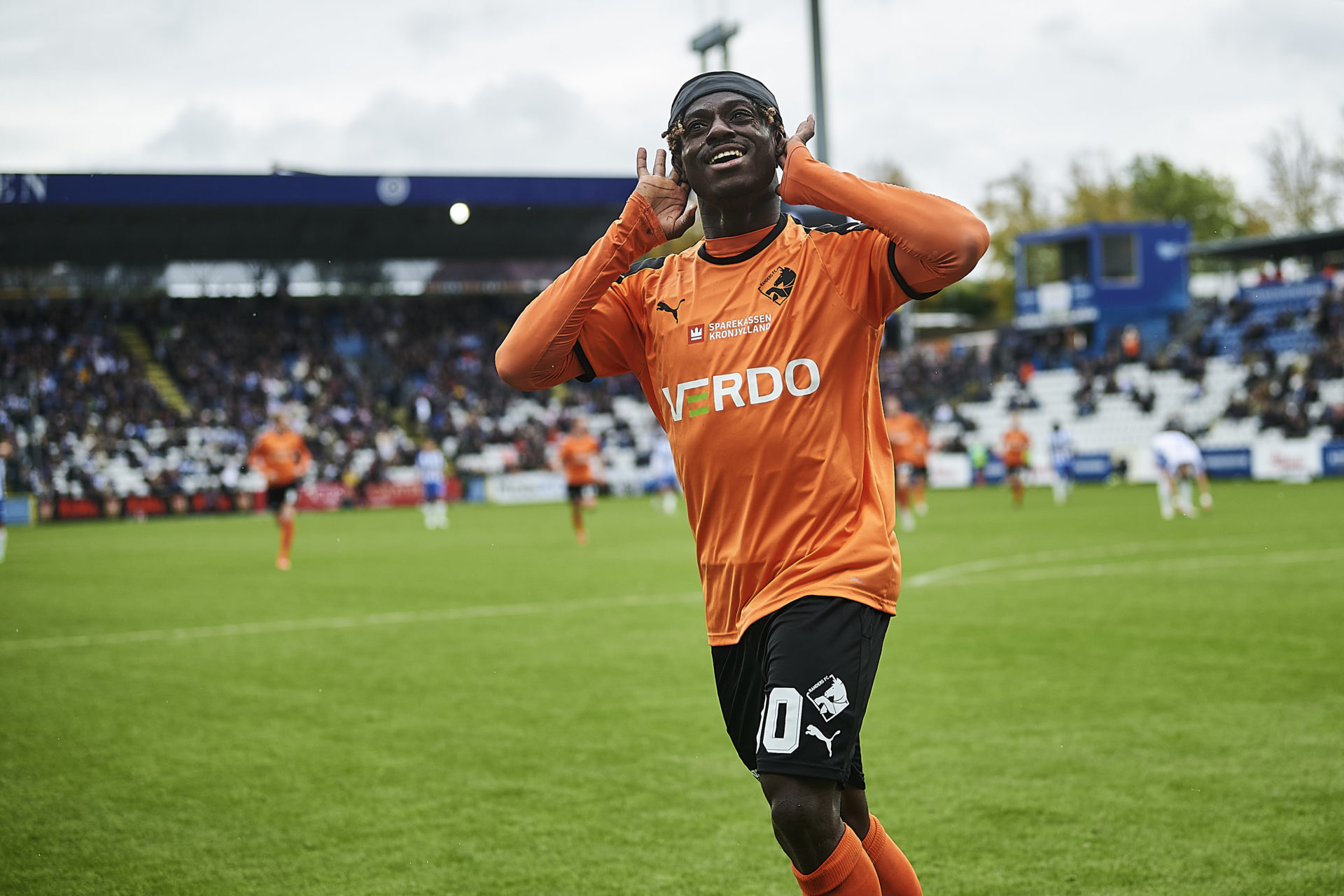 They are not exactly identical but there are certainly similarities between Odey and Morelos. Both are stocky centre-forwards, old-school number nines who thrive on service. Prolific penalty-box poachers. But Rangers’ interest in the former does not mean that the latter is destined to pack his bags, brushing off his passport while preparing his goodbyes.

Morelos might be entering the final 12 months of his Ibrox contract but interest is not exactly ramping up. Premier League clubs appear to be looking elsewhere while reports linking him with Sevilla come from a, well, no-so reliable source.

And there is no reason why Odey cannot shine with Morelos – rather than without him – at the Glasgow giants. Especially when you consider that Fashion Sakala and Kemar Roofe, Rangers’ other first-team forward options, are arguably at their most effective in deeper or wider roles. Following Cedric Itten’s departure, Odey would give Giovanni van Bronckhorst another, Morelos-style centre-forward; Someone capable of easing the goalscoring burden on the injury-hit Colombian.

A Plan B broadly similar to Plan A.

“It can happen easily,” Randers director Soren Perdersen tells BOLD when asked about Rangers’ interest in the 24-year-old Nigeria international.

According to AllNigeriaSoccer, there has been ‘direct communication’ between Randers and Rangers, with sporting director Ross Wilson leading talks. But while doubts persist about Morelos’ longevity in Glasgow, perhaps the interest in Odey provides an indication about what the future may hold for another Colombian number nine.

Mateo Cassierra has been heavily linked with a move to Rangers throughout the summer. Just last week, however, his agent omitted the Europa League runners-up when naming the clubs who have shown an interest in the FC Sochi talisman.

“I am ready to name the clubs that are interested in Cassierra,” he said. “In Russia, there is Zenit. Mateo really likes this option.

“In addition to St. Petersburg, good contracts are (being) offered by River Plate and Red Star (Belgrade). And there is also interest from Olympiacos and Fenerbahce.”

Now, Cassiera spoke publicy about Rangers’ alleged interest earlier in June, pointing out that Van Bronckhorst knows the former Ajax youngster from his time in the Feyenoord hotseat. Since then, the trail has grown cold, while things are hotting up around Odey.

Cassierra would certainly be a lot more expensive than Odey. What’s more, his price-tag could still rise considerably, presuming a bidding war will break out between the likes of Zenit, Olympiakos and River.