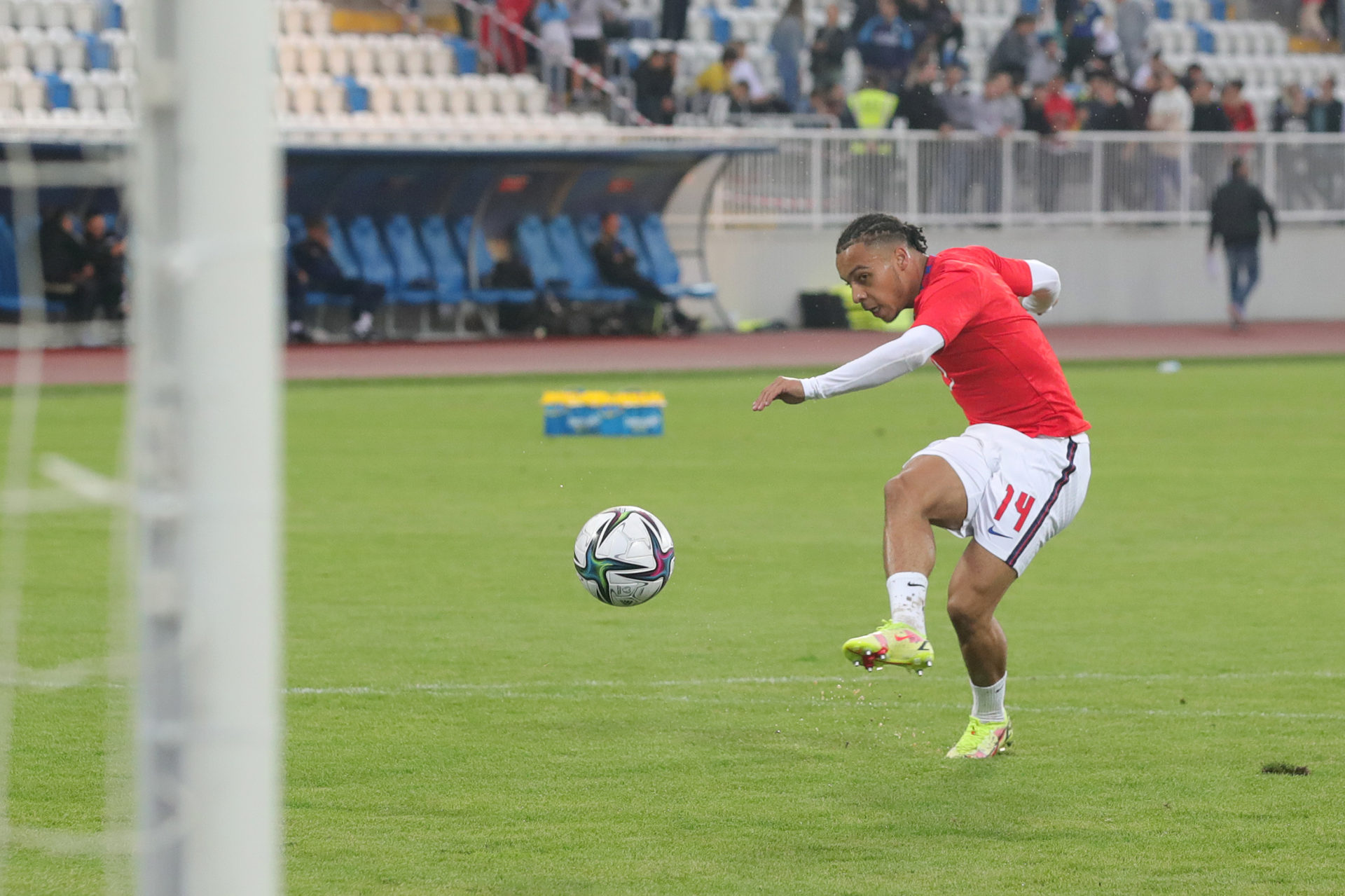 Rangers are considering a move to lure Aston Villa striker Cameron Archer to Ibrox this summer, according to 90Min. A move that would see the Gers raid their old manager Steven Gerrard for one of his young guns.

Archer, 20, enjoyed a stellar 2021-22 campaign in which he scored 20 goals in 33 games across various levels. He scored four senior goals for Villa in just five appearances – including four in two Carabao Cup games.

The England Under-21 star also continued his superb form at Under-23 level, with nine goals in eight. In January, he went on loan to Preston and scored seven times in 20 games; branded “fantastic” by Preston boss Ryan Lowe.

Little surprise that Rangers are taking a look. The report is unclear as to whether it would be a loan or a permanent move, but the chances are that Villa will not want to sell. He is one of two strikers on the Ibrox club’s shortlist.

Indeed, the other is 22-year-old free agent Erik Botheim. The Norwegian joined Russian side Krasnodar in January but has cancelled that deal due to the outbreak of war. Reports say they face competition from Leeds.

What a signing Archer would be on loan. His goals not only in the first team for Villa last season, but at Preston too, show he is going to be something special. He would be the ideal loan addition at Ibrox this summer.

Rangers will need a couple of attacking additions with Cedric Itten departing and potentially Alfredo Morelos following him due to his contract situation. But Archer, and a more-experienced striker, certainly fills the gap.