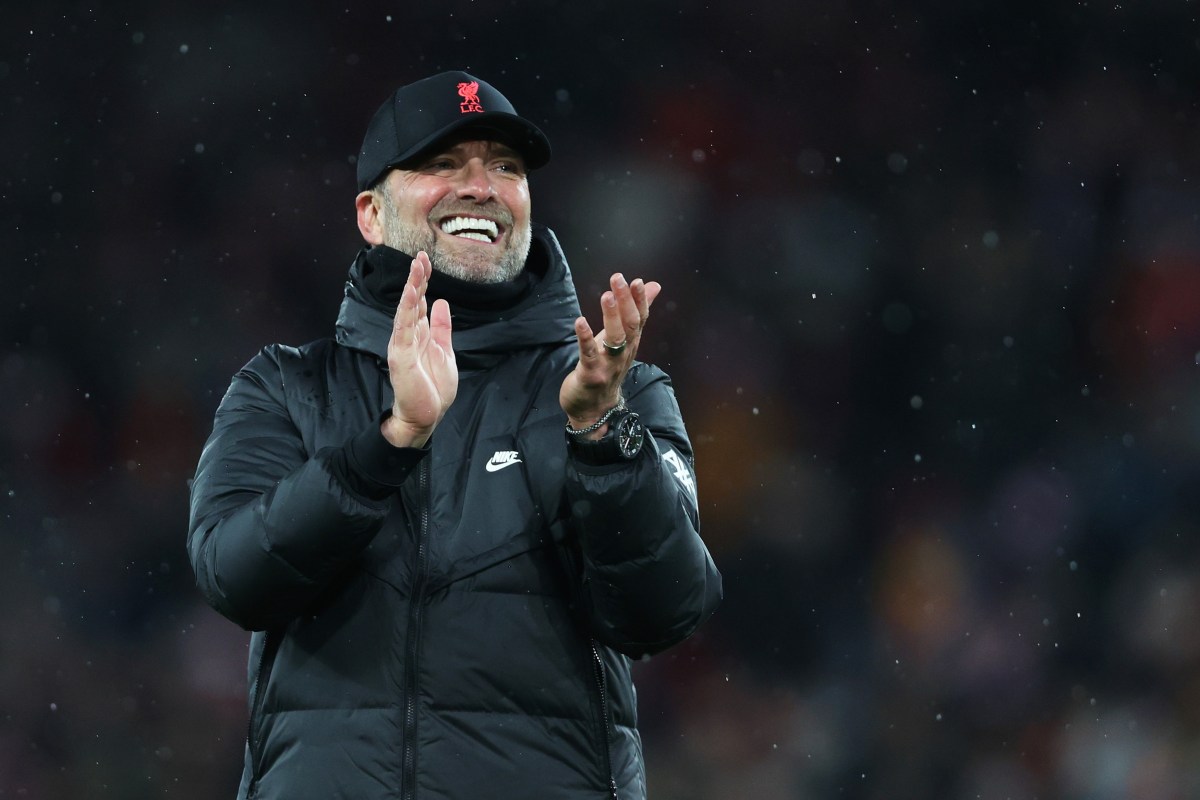 The January transfer window is past the midway point and Liverpool look set to complete some major business over the coming weeks.

Jurgen Klopp’s Reds have found themselves off the pace set by Premier League leaders Manchester City and need to hit back.

Their season has been majorly impacted by Covid and now star men Mohamed Salah and Sadio Mane have departed for the Africa Cup of Nations.

Liverpool are expected to spend this winter to accommodate that while several players could also be on the way out of Anfield.

talkSPORT.com brings you all the latest transfer news and gossip from the red half of Merseyside.

Spurs are thought to have tabled a £37million offer for the Colombia star, but now their Premier League rivals have swooped in.

Diaz has 14 goals in 18 Primeira Liga matches this season and his contract still has two-and-a-half years to run.

His release clause is fixed at £66m but Liverpool are understood to have agreed a deal with Porto that will see them pay up to £45million for the 25-year-old.

Diaz has already agreed personal terms with the Merseysiders and the move is expected to go through before Monday’s transfer deadline.

Liverpool and West Ham are competing to sign Leeds winger Raphinha, according to reports.

The Daily Mirror claim the Hammers are preparing a surprise move for the Brazilian, who has long been linked with a move to Anfield.

In fact, Liverpool have been linked with both Raphinha and West Ham star Jarrod Bowen, but it appears the Hammers might be the team to have both players in the same line-up instead.

The report says David Moyes had ‘made Raphinha his priority signing’ and the club will try to seal his transfer before Monday’s January deadline.

Raphinha has been Leeds’ outstanding player in a tough season for Marcelo Bielsa’s men, with the forward managing eight goals and two assists in the Premier League.

Liverpool are rivalling West Ham in the race to sign the teenager’s signature this month, but Fulham are refusing to sell according to the Sun.

The Reds are keen to land highly-rated winger Carvalho, 18, who is out of contract at the end of the season.

But Fulham are determined to hold onto their prized asset as they continue their promotion push even if it means they lose him for free this summer.

Liverpool have identified the West Ham winger as a long-term target, with reports the Reds are ‘monitoring’ the ace ahead of a possible summer move.

It is claimed the Reds are unlikely to make any signings in the January transfer window, but the Merseyside outfit are already beginning to make plans for the summer.

The Athletic report club bosses are aware their key players are all growing older together – Salah and Mane turn 30 this year, while Firmino will be 31 – and they are keen to regularly refresh their squad.

Liverpool chiefs want to sign a young player who could enjoy a similar impact as Diogo Jota managed following his £45million arrival from Wolves last summer, and it’s claimed Bowen has been identified as a top target to give their front-line a new injection of youth.

Liverpool are preparing to make a move for Jules Kounde, according to reports from El Nacional.

The Sevilla defender is attracting significant interest with clubs such as Chelsea and Real Madrid chasing the signature of the 23-year-old.

Kounde has a £75million release clause in his contract, and according to reports, Jurgen Klopp’s side could be ready to trigger his release from his contract.

Liverpool could allow Neco Williams and Nathaniel Phillips to leave the club this month.

Williams is conscious of his place in the Wales team as they strive to reach the World Cup at the end of the year.

It is said Liverpool are sympathetic to Williams’ request but will only let him go if a good offer comes in.

Meanwhile, Phillips is attracting plenty of interest with Serie A clubs said to be contacting Liverpool over his availability.

The Reds are willing to sell the 26-year-old to avoid risking losing him on a free transfer in June.

Lazio manager Maurizio Sarri is keen to add Origi’s flexibility to his ranks.

But it is said Lazio must first sell some players to drum up funds and make space on their wage bill.

Liverpool have been heavily linked with a move for Raphinha in recent weeks.

According to The Mirror, Leeds director of football Victor Orta is eager to keep hold of him and has held several meetings with the player’s agent Deco over extending his terms.

Liverpool and Bayern Munich are among the clubs keeping tabs on the winger’s situation.