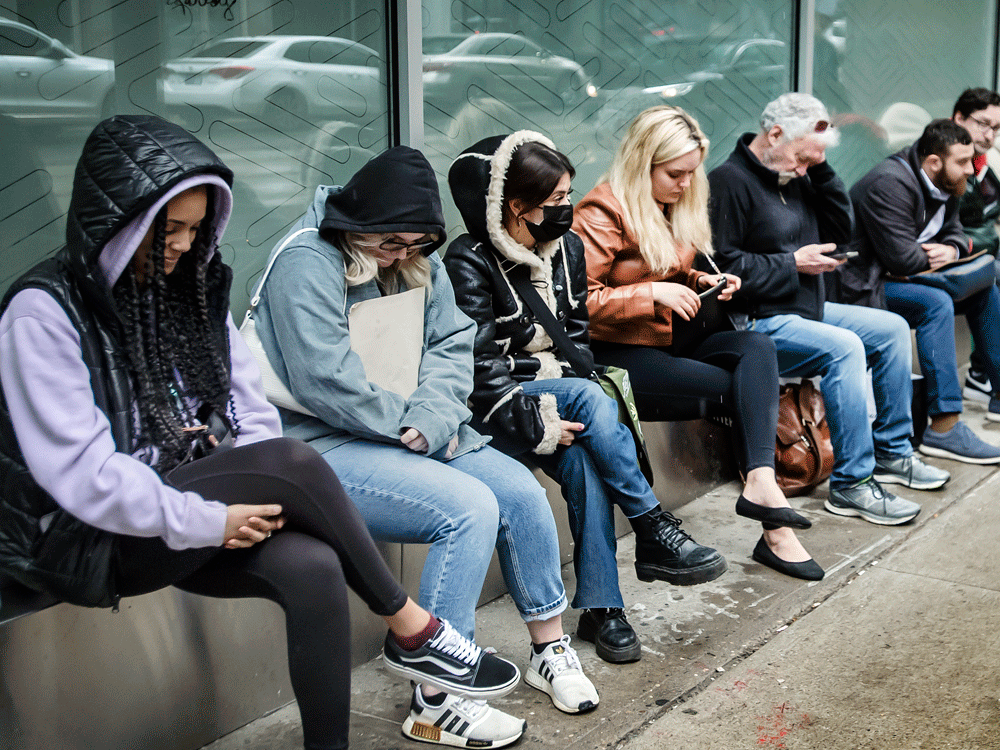 OTTAWA – An internal evaluation of Canada’s passport service was warning even before the pandemic that processes were using the “least efficient” delivery model and that services would struggle to keep up with any “unplanned volumes.”

Internal government evaluators published an in-depth study of the country’s passport program on March 2020, just as the COVID-19 pandemic was emerging as a major threat to global public health.

The evaluation found that the program “demonstrated strong performance” in delivering passports between 2013 and 2018. But it also highlighted many issues that would foreshadow what has now become a government crisis in passport processing.

“It seems like a fulfillment of a prophecy. We knew there was going to be a problem when the pandemic started,” said Kevin King, president of the Union of National Employees that represents around 800 passport workers.

That crisis began this spring, when Service Canada offices across the country were overwhelmed with Canadians trying to get their hands on a new passport to restart travelling after two years of pandemic measures.

Two years ago, passport program evaluators predicted that unexpected increases in applications would be a problem and recommended the government address it.

“While the Passport Program generally has sufficient staffing capacity, it has challenges in adjusting service delivery resources flexibly to respond to unplanned volumes,” reads the document.

“Interviews highlighted challenges associated with budgeting and staffing in Canada based on volume projections, particularly when volumes were higher than expected.”

The evaluation also quoted a 2013 internal assessment that found that the program’s design, which allows Canadians to apply for a passport through multiple channels – such as by mail, at Service Canada offices and MPs’ offices — is confusing and the “least efficient” model.

Reducing the number of application intake channels would make the process more efficient, the report concluded.

The situation at passport offices became critical in June, with applicants facing overwhelming line-ups, with some camping for multiple nights in front of federal government buildings or even paying people hundreds of dollars just to wait in line for them. Passport offices have also been turning away anyone who does not need a passport urgently, reserving services for only people who are about to leave the country.

In a statement Thursday, Employment and Social Development Canada (ESDC) spokesperson Mila Roy said the issue is due in part to “pent up demand” from two years of unusually low passport applications, at 20 per cent of regular volume.

This year, between April 1 and July 3, Employment and Social Development Canada data show the government received just under 809,000 passport application and issued over 502,000 of them. Roy said the government expects to have received 4.3 million applications for the 12-month period ending March 31, 2023.

While higher than mid-pandemic levels, the volume is still within pre-pandemic norms, when the government received between 2.5 million and 5 million applications every year.

Roy also blamed an increase in mail-in application, which she says take 40-per-cent longer to process, and a higher volume of complex cases, such as new passport requests versus renewals, for the backlog.

But officials and the minister in charge of Service Canada, Karina Gould, have also admitted that they did not foresee the jump in applications seen this spring.

The 2020 report said the “single greatest improvement” to the passport program would be an online portal to submit applications, evaluators noted. That has not been created.

In a statement, Immigration Minister Sean Fraser’s spokesperson Aidan Strickland said the department hired IBM in December 2020 to develop a digital platform that would allow people to renew and pay for their passports online, as well as upload the required photo from any device.

But the so-called Passport Digital Services project is only at the pilot-project phase and there is no timeline for a broader release.

“We will not expand beyond the pilot until we are confident the online application process is working as intended,” Strickland said.

The 2020 evaluation also raised concerns about having too many government departments involved in  passport delivery.

The passport program is led by Immigration, Refugees and Citizenship Canada, but also involves ESDC and Global Affairs Canada as service providers.

“The program is governed by several departmental and interdepartmental committees, each of which is responsible for some form of oversight, management and consultation,” the report’s authors wrote.

There is a lack of clarity with respect to accountabilities and responsibilities, which has led to difficulties with program decision-making and coordination

“There is a lack of clarity with respect to accountabilities and responsibilities, which has led to difficulties with program decision-making and coordination,” evaluators added, while recommending government “re-examine” the program’s governance and “establish clear leadership.”

Strickland said the government hired another third party to conduct a new review of the passport program’s governance following the 2020 review and that departments are now working on streamlining the process.

Many of the issues highlighted by evaluators were meant to be addressed by the Passport Program Modernization Initiative (PPMI), a $100-million government IT project launched in 2014 meant to create a new and improved passport-issuance system.

But like other major government IT projects, the PPMI hit significant snags early on and by 2017, documents obtained by CBC News revealed it was well behind scheduled and the price tag had already jumped by more than $75 million.

In the 2020 passport system review, evaluators noted that the new issuance process, as part of the PPMI, was meant to be deployed in 2016–17, but “significant delays” pushed it back to at least 2021-2022.

Strickland says the government is now aiming for “full deployment” of the new system to start this summer. In the meantime, officials expect the passport backlog will remain at least until the end of the summer, at which point they expect it to drop “significantly”.

In the meantime, the federal Liberal government created a cabinet committee of 13 ministers tasked with finding solutions to the passport fiasco.

Conservative MP Laila Goodridge says she has “very little trust” in the government’s ability to fix the issue anytime soon.

“I was chatting with someone who applied for a passport in March and still doesn’t have their passport in hand. That’s insane. This is absolute basic government service,” she said in an interview.

“Canadians expect to be the best, and right now we are absolutely failing.”