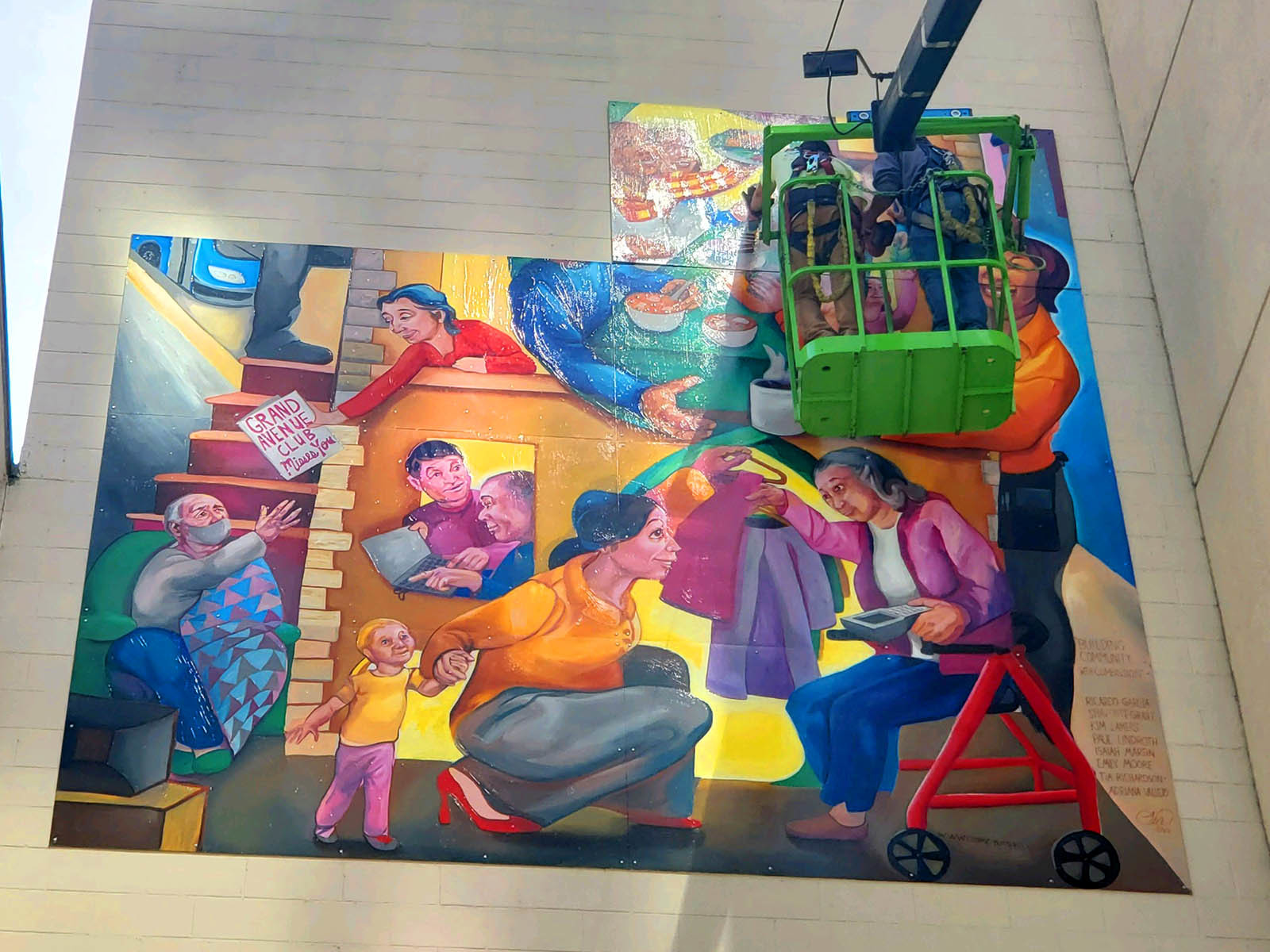 If you’re downtown on Monday morning you simply would possibly catch crews putting in a brand new mural on the Water Street entrance to the Grand Avenue Club, 210 E. Michigan St.

The mural was made by artist Tia Richardson of Cosmic Butterfly Design and 25 members of the membership.

The colourful mural depicts the Grand Avenue Club’s cream metropolis brick Italianate constructing – one of many oldest in Downtown, constructed in 1856 – and celebrates its mission by way of quite a lot of figures peeking out of the home windows and out entrance.

The mural is being put in within the type of 14 panels. When full it is going to be about 28 toes tall and about 16 toes extensive.

The mural was funded by Bud Selig and Sue Selig, a grant from the City of Milwaukee’s Department of Neighborhood Services’ Community Improvement (CIP) program, the Grand Avenue Club, and Milwaukee Downtown, BID #21.