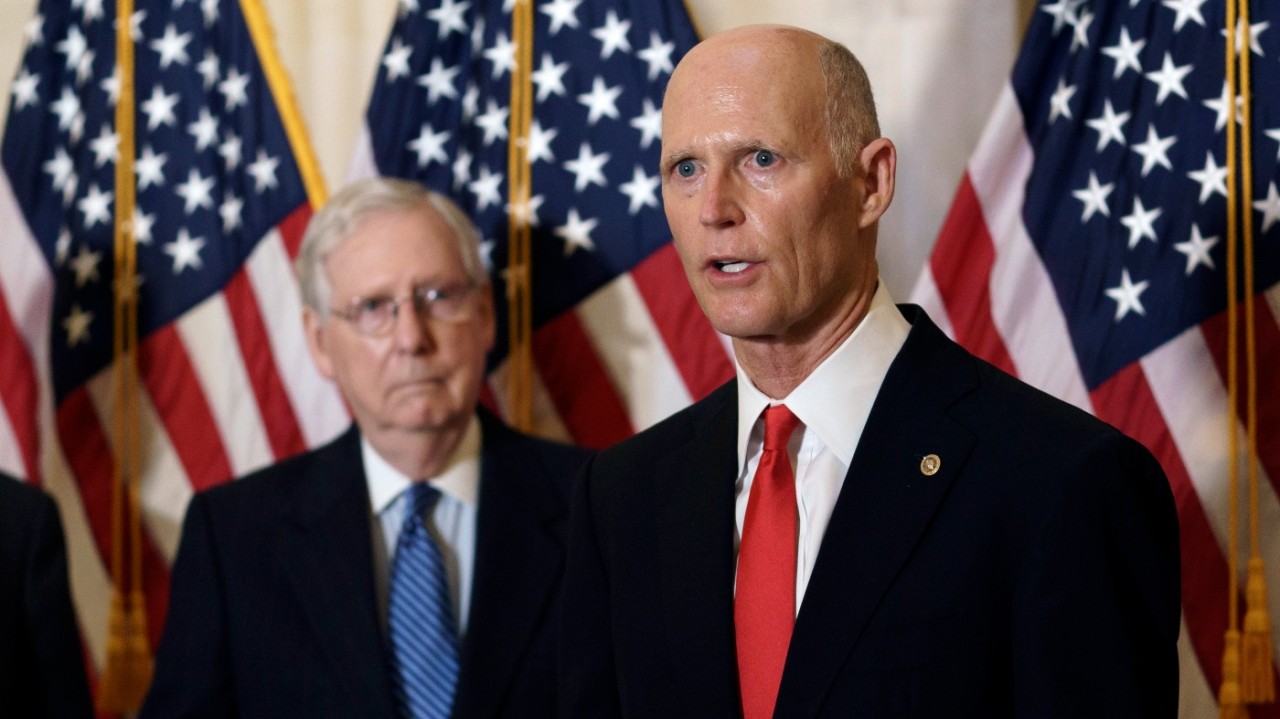 Sen. Rick Scott (R-Fla.) said he is “100% certain” Republicans will take the Senate in November.

“I’m 100% certain we’ll take the Senate,” said Scott, the chairman of the National Republican Senatorial Committee (NRSC), in an interview with Gray Television White House correspondent Jon Decker airing this weekend. “I think we’re going to have a breakthrough.”

“Just look at our candidates. I mean, look at them … These guys have great backgrounds. And they’re working hard. They’re running good races,” Scott said.

In response to Scott’s praise of the Republican candidates, Decker cited poll numbers that put their Democratic opponents in the lead.

“The people that you’ve just praised so much, in many cases are trailing in their respective races,” he said.

The Florida senator argued that President Biden’s low approval ratings in contested states give him confidence that the Republicans have a chance at winning, calling the president the “best advocate for why you do not want to vote for any Democrats right now.”

“This is a referendum on Biden,” said Scott.

Asked about abortion, Scott said that he is pro-life but believes in “reasonable restrictions and exceptions for rape, incest and life of the mother.”

Decker disagreed with Scott, saying he does not believe that Democrats have expressed such extreme views.

“That’s exactly how they voted,” Scott claimed in response. “They all voted for that. They all voted to say a little baby born alive they’re just going to let starve to death over on the side.”

The senator added that he thinks Democrats “have to talk about abortion” because in his view they are doing badly on other issues.

“They can’t talk about inflation. They can’t talk about job growth. We lost 242,000 full-time jobs last month,” he said. According to data released by the Labor Department earlier this month, the U.S. added 315,000 jobs in August while the unemployment rate rose slightly to 3.7 percent, compared to 3.5 percent the previous month.

Scott’s comments come as polls have shown Democrats in a strong position to retain control of the Senate.

Last month, amid polling that showed Trump-backed GOP Senate candidates including Oz and Walker trailing their opponents, Senate Minority Leader Mitch McConnell (R-Ky.) told reporters that Republicans likely have a better chance of flipping the House than they do the upper chamber, citing “candidate quality.” Following those remarks, Scott acknowledged earlier this month that he and McConnell have “a strategic disagreement” over GOP efforts to win back the Senate in November, saying, “We have great candidates.”