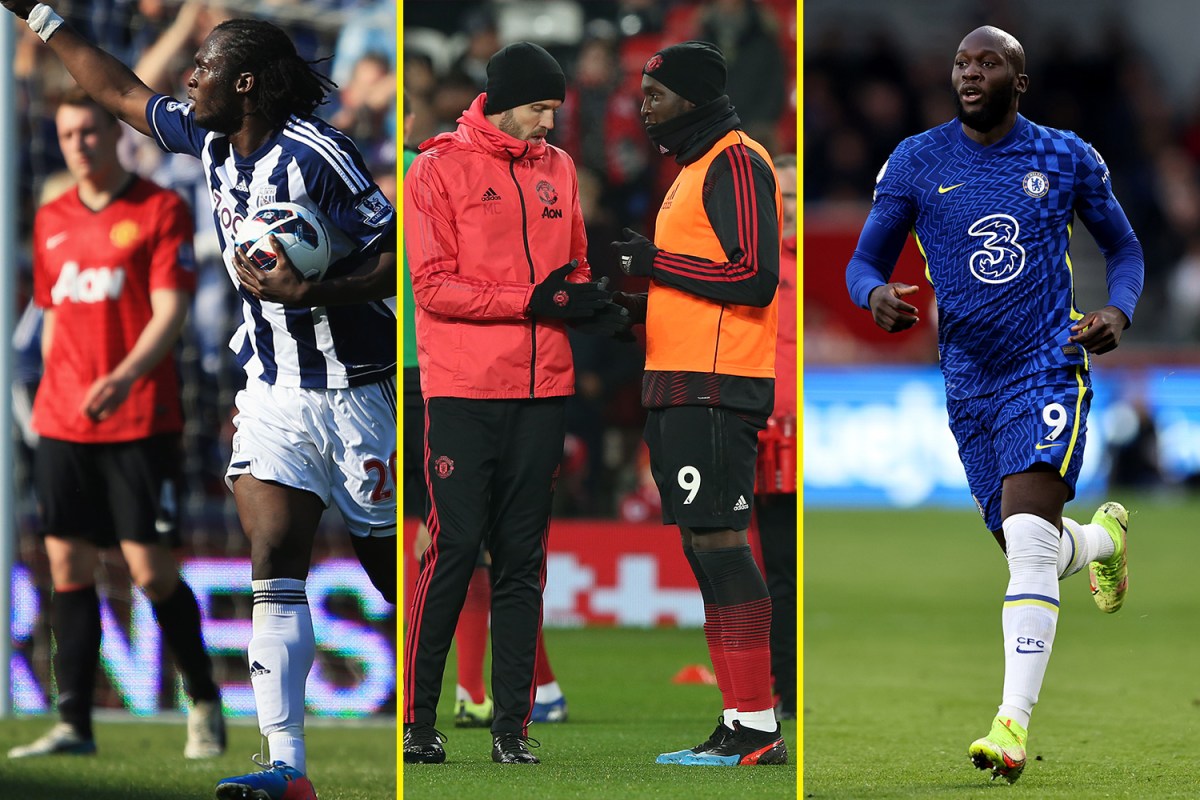 Michael Carrick could come up against a familiar face in what will likely be his final match as Manchester United’s caretaker boss this afternoon.

The ex-midfielder will lead the Red Devils against Chelsea on Sunday afternoon where they will face the huge challenge of facing one of Europe’s most in-form side.

However if Carrick is to pick up a valuable three points then he’ll need to silence a player who has the potential to come back and haunt him.

Romelu Lukaku is in line to return from injury this weekend and looks certain to feature against his former employers at Stamford Bridge.

It’s safe to say that the Belgian striker has made a huge impression on Carrick during his career so far, but where did it all start? We’ll have to go back to 2013 for that one…

It was May 19, 2013 and a day that will be remembered for one of the most bonkers games of football in Premier League history.

Sir Alex Ferguson was leading Manchester United in his final match as club manager when they traveled to the Hawthorns to take on West Bromwich Albion.

Leading the line for the Baggies was a fresh-faced young striker by the name of Romelu Lukaku who almost ruined Fergie’s last hurrah by scoring a hat-trick against the Red Devils in a match that would end with a staggering 5-5 scoreline.

The captain for Manchester United on Ferguson’s last clash as manager? None other than current caretaker boss Michael Carrick.

Lukaku’s performances for West Brom earned him a move to Everton on an initial loan the next season, but it wouldn’t be long until Carrick would be playing a much more hands-on role in the striker’s development.

‘Your eye for detail really helped me a lot’

The summer of 2017 saw Romelu Lukaku make a £75million move to Old Trafford where he would become a teammate of Michael Carrick.

The two players would only spend one season together as players with the midfielder accepting an offer join the coaching staff in the summer of 2018.

With Carrick’s playing days winding down he took it upon himself as help United’s first team players to improve on the training ground, something that Lukaku was hugely appreciative of as he shared an open letter with the club’s website.

He wrote: “Michael – first of all, I want to say a big thank-you for what you’ve done for me since January.

“I think it also starts in training when we do the extra bits and the extra exercises to become a better player. Your eye for detail really helped me a lot more. I’ve had a lot of mentors in my young career and you’re certainly one of them.

“I hope you can continue this process next season. It will be a joy to work with you in the staff next season. Hopefully, I can improve on the bits and pieces that you want me to improve on.

“Good luck after your career and I hope to see you in pre-season so we can start a new chapter in the work that we do.”

That mutual respect and professional relationship would continue over the 2018-19 season before Lukaku made the move to join Inter Milan where he truly announced himself as one of the most lethal attackers in world football.

‘We are well aware of what he brings’

After two hugely successful seasons with Inter Milan, Lukaku completed his blockbuster move to Chelsea over the summer as the answer to their attacking woes.

After a bilstering start to the season the Belgian striker suffered an ankle injury which has kept him on the sidelines in recent weeks.

However he could now make his long-awaited Premier League return on Sunday afternoon against former employers, Manchester United.

Lukaku has only scored in one of his 11 Premier League contests with United – the 5-5 draw during his West Brom days – but it would be typical for the powerful attacker to heap more misery on the Red Devils after a difficult few weeks in their season.

Of course Michael Carrick will be leading United on Sunday and found time to discuss his long history with Lukaku, saying: “It feels like a long time ago!

“Lukaku went to Italy and did very well then went to Chelsea. It will be good to see Rom again.

“He is a terrific footballer, scoring goals wherever he has been. If Rom plays, we are well aware of what he brings.”

It remains to be seen whether the 28-year-old will be fit to start the game at Stamford Bridge, but when he does enter the fray, Carrick will be hopeful that his track record of playing both with and against the attacker will serve them well in a pivotal Premier League clash.