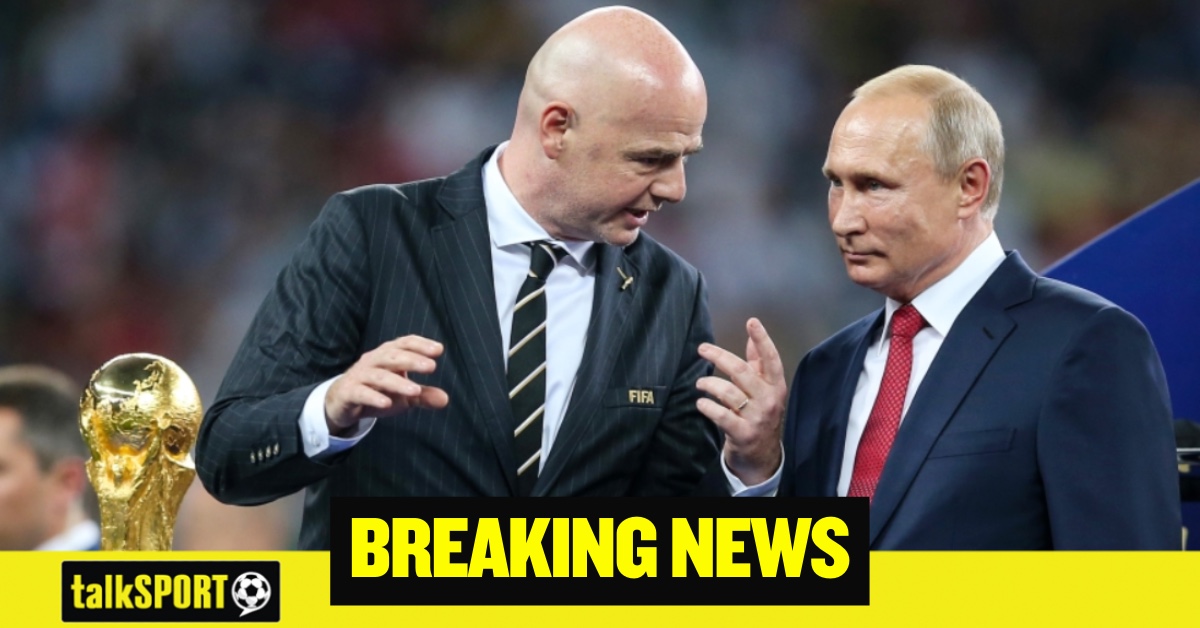 Russian football clubs and national teams have been suspended from all competitions following the country’s invasion of Ukraine.

FIFA and UEFA have released a joint statement as the footballing world continues to react to Russia taking military action against neighbouring Ukraine.

A number of national footballing federations had already announced that their teams will refuse to face Russia, including the English FA.

Most crucially of all though, Russia’s 2022 World Cup play-off opponents, Poland, have said they won’t take part in any match against Russia.

“Following the initial decisions adopted by the FIFA Council and the UEFA Executive Committee, which envisaged the adoption of additional measures, FIFA and UEFA have today decided together that all Russian teams, whether national representative teams or club teams, shall be suspended from participation in both FIFA and UEFA competitions until further notice.

“These decisions were adopted today by the Bureau of the FIFA Council and the Executive Committee of UEFA, respectively the highest decision-making bodies of both institutions on such urgent matters.

“Football is fully united here and in full solidarity with all the people affected in Ukraine. Both Presidents hope that the situation in Ukraine will improve significantly and rapidly so that football can again be a vector for unity and peace amongst people.”


Liverpool, Swansea and Cardiff send messages of support to Toshack

The world of football has been staunch in its support of the under-attack Ukraine, with Manchester City’s Oleksandr Zinchenko reduced to tears by an emotional display ahead of his side’s 1-0 win over Everton at the weekend.

The Polish FA have since released a statement, saying: “Due to the escalation of the aggression of the Russian Federation towards Ukraine, the Polish national team does not intend to play the play-off match against Russia.”

The winner of the tie was scheduled to play the winner of Sweden vs Czech Republic, but those two sides similarly said they would not face Russia.

The national side aren’t the only team affected by this decision, with Spartak Moscow now unable to play their Europa League last 16 tie against RB Leipzig.