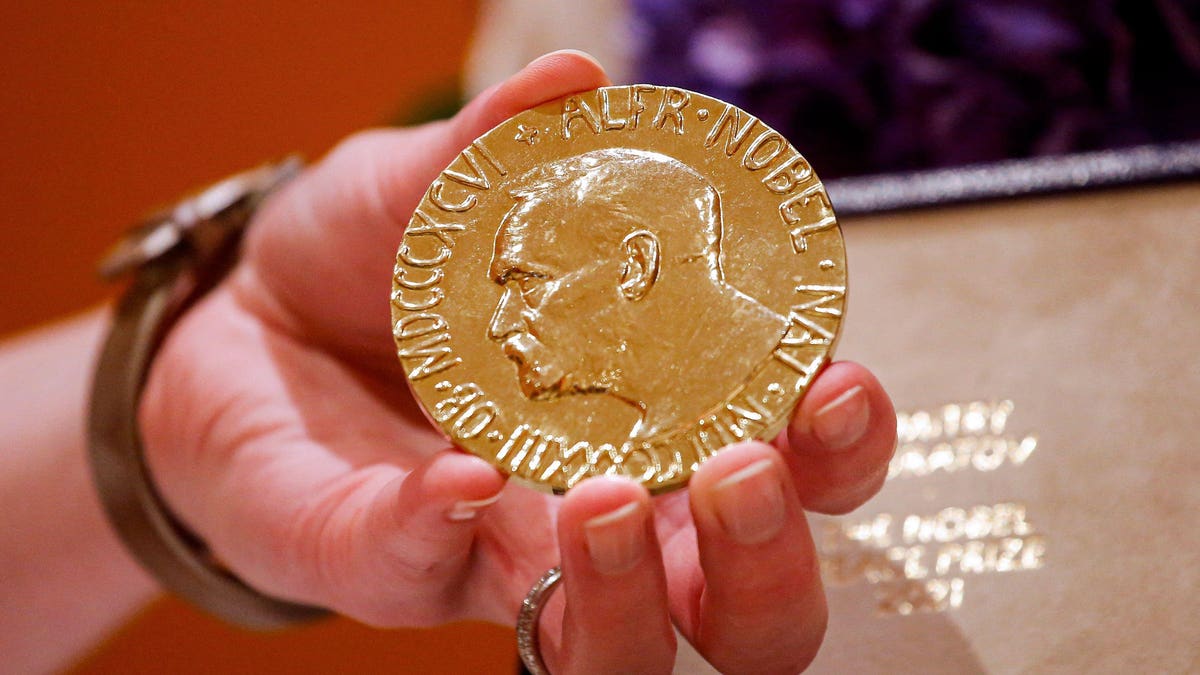 The 23-karat gold medal was sold through an online portal with Heritage Auctions on Sunday, scheduled to coincide with the United Nations’ World Refugee Day.

It’s by far the most expensive Nobel Peace Prize medal to ever sell at auction, the previous record having been the $4.76 million price fetched in 2014 by the the 1962 medal awarded to American molecular biologist James Watson, who helped discover DNA.

The proceeds will go to UNICEF, the United Nations’ humanitarian agency that aids children, to be used to help children affected by Russia’s invasion of Ukraine.

Before the sale, Muratov described the auction as “an act of solidarity” with Ukrainians, according to the New York Times, and told the Associated Press he was particularly concerned about the future of children who have been orphaned during the crisis.

The Norwegian Nobel Institute that awards the peace prizes endorsed the sale of the medal for charity, which Director Olav Njølstad called a “generous act of humanitarianism.”

Muratov was inspired to sell his medal by Niels Bohr, a Danish scientist who sold his own Nobel Peace Prize to raise funds for Finland after it was invaded by the Soviet Union in 1939, according to the New York Times.

Muratov is the cofounder and longtime editor of Novaya Gazeta, an independent newspaper that was founded in 1993 using prize money from former Soviet president Mikhail Gorbachev’s own Nobel Peace Prize. The newspaper suspended publishing in March after facing pressure from the Kremlin over its reporting on the invasion of Ukraine, saying it hoped to resume activities after the conflict ends. When Muratov and journalist Maria Ressa, who works in the Philippines, were jointly awarded the Nobel Peace Prize in October, Muratov told press outlets he thought the award should have gone to Russian opposition leader Alexei Navalny.