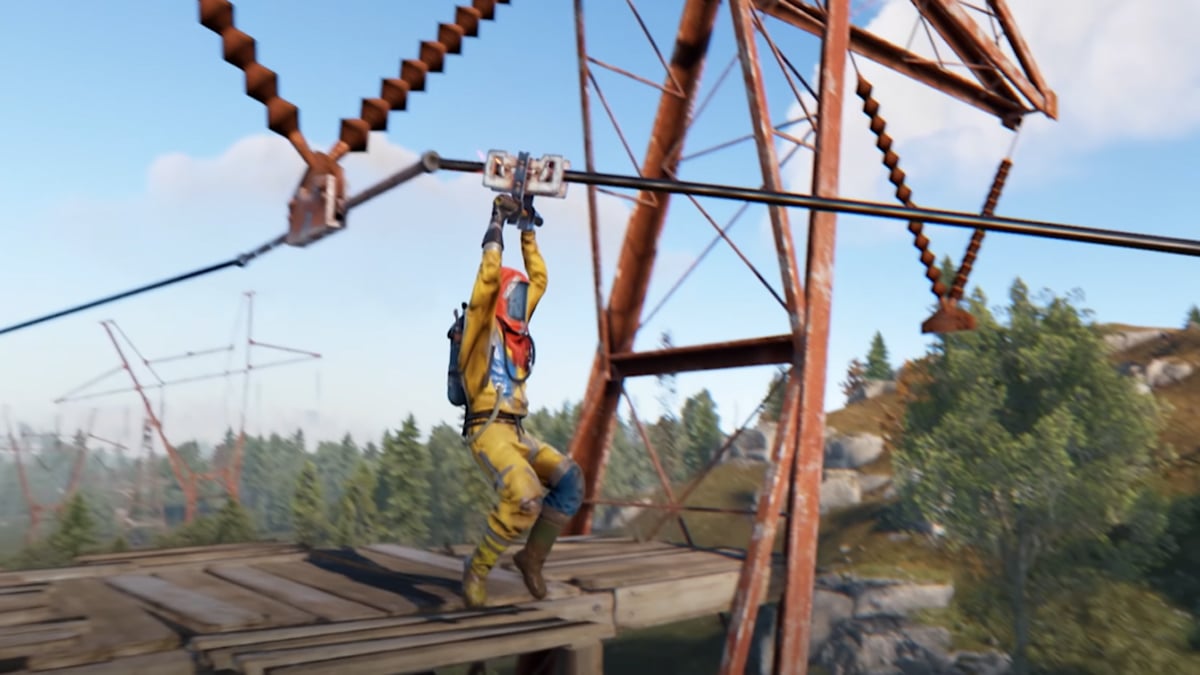 The new Rust August 2022 update is near and will go live the same day as the game’s next routine forced server wipe.

And while last month’s content drop was a bit sparse regarding big-ticket items, the August release looks set to have more noteworthy additions.

Everyone prepping for the big reset might also want to book a tour of Train Yard Monument, which could affect how you experience the game over the coming weeks.

It’s still unclear just how many new features and map changes will be ready for later this week, but plenty of stuff is being tested right now.

Server disruption is expected leading up to the monthly event, and while we don’t know whether the August update will release before or after, gamers could be getting access to some interesting new loot opportunities.

The Train Yard is undergoing some important tweaks, and fans will soon be able to pull loot from different wagons when the full system is online. The Train Yard is also being connected to the rest of the rail network, which will prove very handy with a few locomotives spawning in.

A new Coaling Tower will be available to use to uncover additional loot boxes, although Facepunch has warned that much of what is being planned for the coming weeks is still subject to change.

Monuments are also getting new lighting options alongside some of the rail vehicles coming to the game. Some things might be missing from the final Rust August 2022 update going live this week, so it will be worth checking out the patch notes when they are shared on August 4.

Other things that are being worked on but won’t be available in this month’s patch is a new hardcore mode, which will strip a lot of features from the base game to provide a much more challenging environment to survive in. This will be its own mode, so fans don’t have to worry about Safe Zones being removed, alongside other stuff like crouching options and the team system.