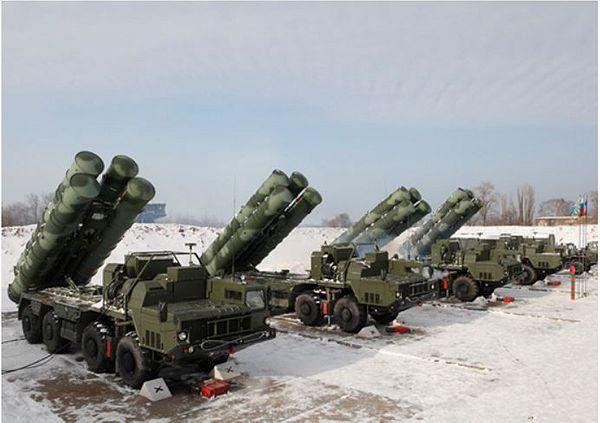 India appears to be going ahead with the controversial Russian S-400 air defense system. Dmitry Shugaev, director of Russia’s Federal Service for Military-Technical Cooperation (FSMTC), recently stated that Russia has started the scheduled delivery of S-400s to India. The delivery of these missiles brings with it the risk of possible sanctions by the United States under the 2017 Countering America’s Adversaries Through Sanctions Act (CAATSA), which will create considerable difficulties in India-U.S. ties.

India inked the $5.43 billion deal with Russia for five squadrons of S-400s in October 2018. The delivery of the first squadron of the S-400 system will be completed by the end of the year. In October, the chief of the Indian Air Force (IAF), Air Chief Marshal (ACM) V.R. Chaudhari, commented that the “first regiment should be inducted within this year.” The deliveries appear to have been accelerated ahead of Russian President Vladimir Putin’s visit to India and summit meeting with Prime Minister Narendra Modi.

After the deliveries are completed, they will be assembled for “acceptance trials” in the presence of Russian officials. Indian press previously reported that IAF officers were already in Russia undergoing training in assembly, operations, and maintenance of the S-400 systems. According to sources, the first squadron is to be deployed in the western sector. Specifically, the S-400s are meant to address India’s “inadequate” radar and air defense coverage.

China, of course, already has two squadrons of S-400s that are reportedly deployed at Ngari Gar Gunsa and Nyingchi airbase in Tibet, across Ladakh and Arunachal Pradesh, respectively.

That still leaves the CAATSA problem to be resolved. This is likely to be high on the agenda of the upcoming India-U.S. 2+2 ministerial dialogue in December, having already come up in talks between Indian and U.S. officials. The United States has imposed sanctions on other countries for buying S-400s. Both Turkey, a NATO ally, and China have bought the missiles and been sanctioned for it. Unless a presidential waiver is issued, there could be sanctions imposed on India too. In the case of Turkey, in addition to economic penalties, the U.S. cancelled the sale of fifth-generation F-35 fighter aircraft to Ankara.

It is not clear how the United States will respond to India’s induction of the S-400 air defense systems.  India has considerable dealings with Russia in the defense arena and the S-400 induction constitutes a “significant transaction,” as per the CAATSA legislation. Nevertheless, New Delhi appears reasonably confident of a waiver from the Biden administration because of the improved strategic relations between the two countries. India sees the S-400s as a critical national security requirement because of the growing missile and other aerial threats from both China and Pakistan, especially considering India’s current poor state of relations with these two neighbors. New Delhi hopes that its track record of preserving the operations secrecy of the weapons systems that it has bought from many suppliers over the decades will convince the U.S. that the S-400s will not compromise U.S. weapons technology that India has acquired.

Meanwhile, U.S. Senators Mark Warner (D-VA) and John Cornyn (R-TX), co-chairs of the U.S. Senate’s India Caucus, have written to President Joe Biden urging him not to impose CAATSA sanctions on India. The senators argued that a waiver from sanctions “would advance the national security interests of the U.S.” India has found some additional support in the form of an amendment recently introduced by three Republican senators to the National Authorization Act for Fiscal Year 2022, which would make it more difficult for the U.S. to impose CAATSA sanctions on any of the Quad members. The amendment, called the Circumspectly Reducing Unintended Consequences Impairing Alliances and Leadership (CRUCIAL) Act, 2021, makes a strong case for not applying CAATSA sanctions on Quad members, saying that the move will adversely affect the security dynamics in the Indo-Pacific region.

Ted Cruz, one of the three senators who introduced the amendment, commented, “Now would be exactly the wrong time for President Biden to undo all of that progress through the imposition of these sanctions, which were meant to deter Russia. Doing so would accomplish nothing except undermining our shared security goals of combatting China’s aggression and forcing India to become dependent on Russia.”

Although there is some disappointment in Washington with India’s continued defense relationship with Russia, there is also some empathy and support for India because augmenting India’s national military capabilities is seen as a general good that is also beneficial to the U.S. If the U.S. were to impose sanctions on India, it would likely only weaken an important American partner, which is not something the U.S. would want to do. It may also dent the credibility of the Quad.

For the Indian establishment too, it has been a hard decision. New Delhi does not want to give up on the Russia relationship – despite Moscow’s dalliance with China – but it also does not want to push the U.S. too hard. Also, backing off from the S-400s will present domestic political difficulties for the Modi government at this stage. These competing imperatives suggest on both sides that Washington and New Delhi will do their best to find a compromise solution that will allow Biden to avoid imposing CAATSA sanctions on India.