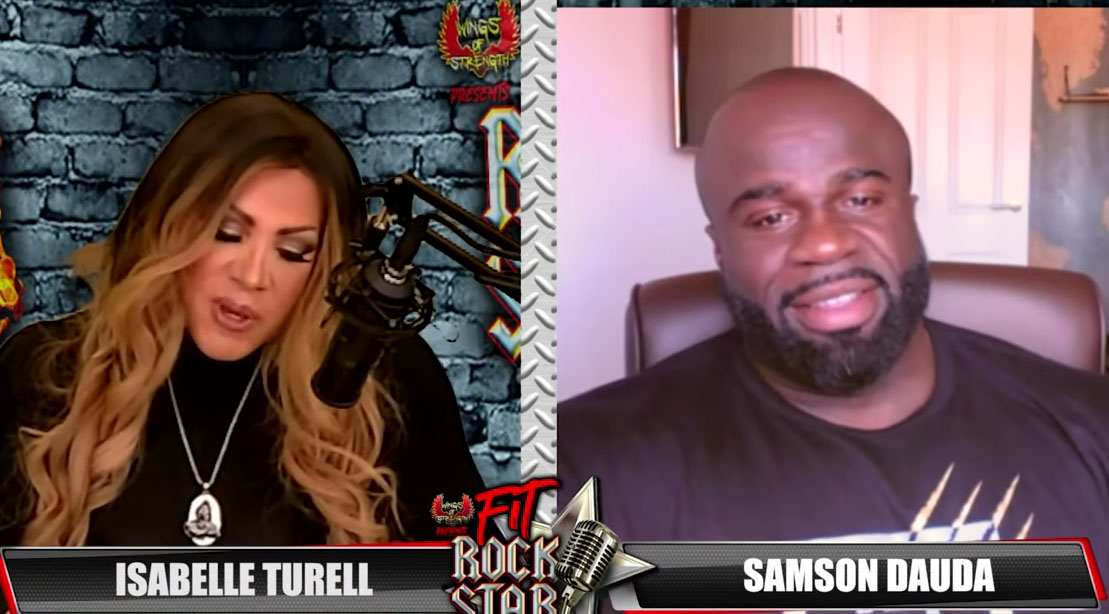 Bodybuilding has become a global sport. When you watch the Olympia, there are many nations from around the world represented by the athletes in all 11 pro divisions. One example is the “Nigerian Lion” Samson Dauda. He lives in the United Kingdom now, but he is from Nigeria originally. He told Isabelle Turell on the Fit Rockstar Show that he actually had no awareness or knowledge of it when he decided to compete for the first time.

“I was playing rugby for the town I was living in at the time, and the guys I was in the changing room with would say ‘wow, you have a great physique on you. Have you ever thought about competing?’” Dauda recalled. “I was like, ‘what are you talking about?’”

After numerous suggestions from a variety of people, Dauda spoke to local gym owner Chris Jones about it. After Jones explained the prep process, Dauda opted not to pursue it at that time. Then, he saw the 2013 Mr. Olympia contest, which was won by Phil Heath.

“I was just blown away by it. I was like oh my god,” Dauda told Turell. “It just kind of caught me at that point, and I was like ‘ok, you know what? I want to do this.’”

His first show came in April of 2014, and he told the host that it was a big event for his town. Dauda competed in the beginner competition early in the day. It took him several minutes to undress and take the stage. Once he did, it didn’t take him long to feel at home.

“It just felt so natural to be on there, you know,” said Dauda. After winning the show he originally entered, the promoter invited him to compete with the main class of that show. Dauda agreed, even though he had doubts of success.

“One of the promoters came to me and said ‘I think you can win this class.’ I was like ‘are you out of your mind?’”

The promoter wasn’t out of his mind, and he was correct in his assessment. Dauda won that contest, and the rest would be history. Dauda is now viewed as a possible Mr. Olympia contender, and his fanbase is growing by the day. Dauda shared more about his story and career so far in the sport in this episode. You can see this and all episodes of the Fit Rockstar Show by going to www.wingsofstrength.net.