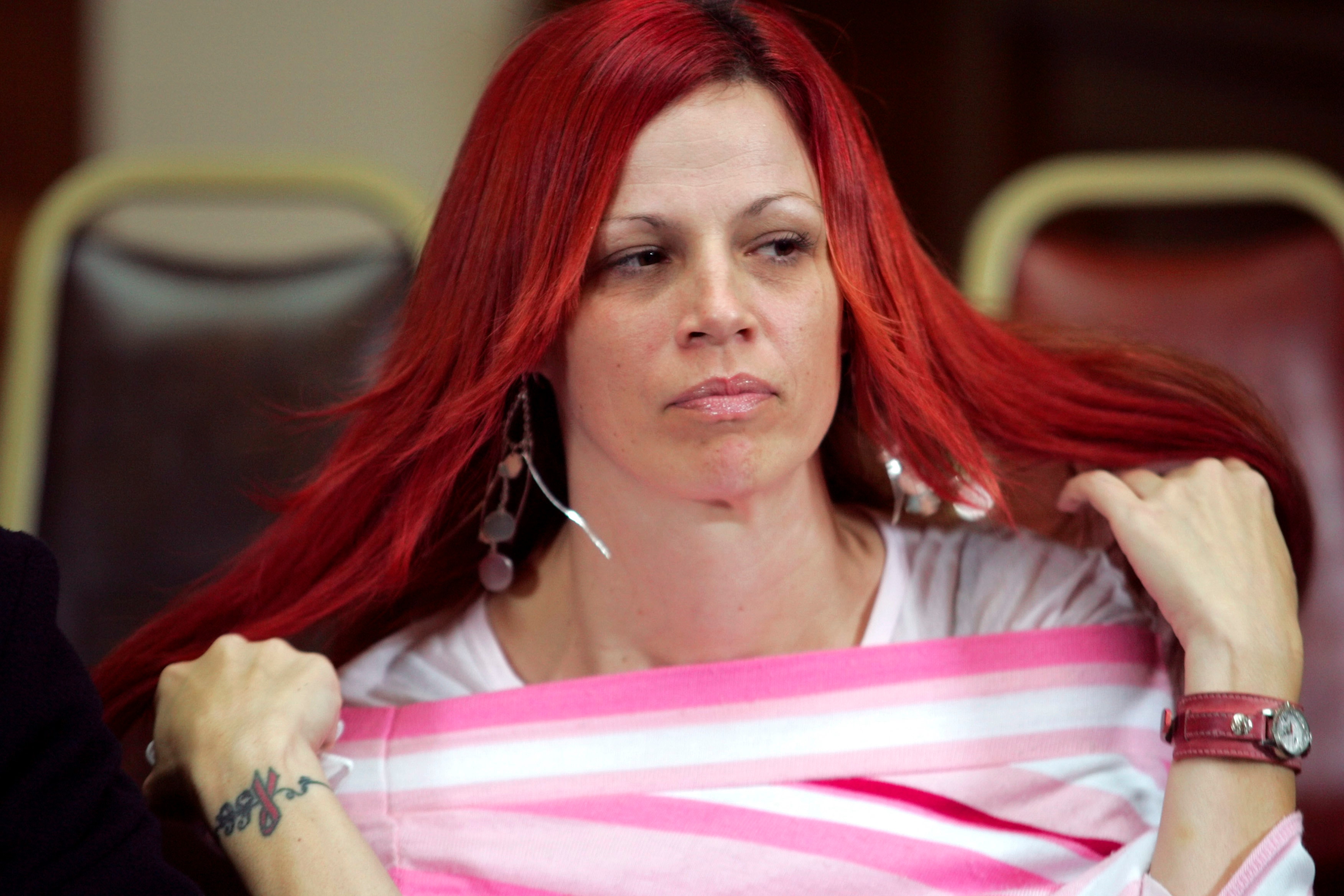 A juror who helped convict Scott Peterson in the 2004 trial of his wife and unborn child’s murders testified in a Northern California court Monday that she wrote 17 letters to him after the trial but denied being biased against him as his defense claims, according to reports.

Peterson’s defense team has claimed that Richelle Nice’s letters show she was obsessed with the case and allege that she failed to disclose that she was a domestic violence victim during jury selection.

She confirmed she had written the letters during her second day of testimony Monday, saying, “Unfortunately, yeah.” She said her therapist had suggested she write a letter to Peterson for the sake of her mental health, according to the Mercury News.

But she denied she was biased against Peterson during the trial and said she made her determination about his guilt based solely on the facts, the newspaper reported.

In this Dec. 13, 2004 photo, Juror number 7, Richelle Nice, adjusts her hair as members of the jury speak with the media in the Old San Mateo County Courthouse in Redwood City, Calif.
(AP Photo/Lou Dematteis, Pool, File)

Nice testified that she doesn’t consider herself a victim. One of her previous boyfriends was convicted of battery against her, and she previously got a restraining order against his ex-girlfriend.

“To be quite honest with you,” Nice said Monday, “when I filled out that questionnaire, honestly and truly, nothing of this ever crossed my mind.” She testified that she hit him and that she didn’t know he’d pleaded guilty.

Peterson was sentenced to death, but the California Supreme Court overturned that sentence last year. He was resentenced to life in prison with no possibility of parole.

Nice’s testimony could overturn Peterson’s conviction and get him a new trial.

Scott Peterson, foreground, sits as his attorney, Pat Harris, walks behind him during a hearing at the San Mateo County Superior Court in Redwood City, Calif., Monday, Feb. 28, 2022. In 2004, Peterson was convicted of the murders of his wife, Laci Peterson, 27, who was eight months pregnant, and of the unborn son they planned to name Conner.
( (AP Photo/Jeff Chiu, Pool))

Nice on Monday said she regretted writing the letters, which peppered Peterson with questions about why he did what he did and started about six months after his conviction.

A letter from August 2005 read, “What happened that night Scott? What pushed you to the limit, where you felt like you had to kill someone who not only loved you so much, but was carring (sic) a part of you inside of her?”

A young child stops to look at a makeshift memorial and a missing person’s banner offering a half-million dollar reward for the safe return of Laci Peterson in January 4, 2003, in Modesto, California.
(Photo by Justin Sullivan/Getty Images)

Laci Peterson, 27, was murdered in December 2002. She was eight months pregnant with her husband’s baby at the time. The bodies of Laci and her baby washed ashore on San Francisco Bay four months later.

Nice wrote another letter in December 2005 from a hospital psychiatric ward.

“I never knew how much this trial had an impact on me,” she said in the letter, “plus I never had a great life. All the pressure just hit me. … I think it has been the time of year. Our verdict, Laci and Conner,” the Petersons’ unborn baby.

Peterson reportedly responded to her eight times from prison.

When his lawyer asked Nice how long she had written to him, she answered, “I don’t know, too long,” the newspaper reported.