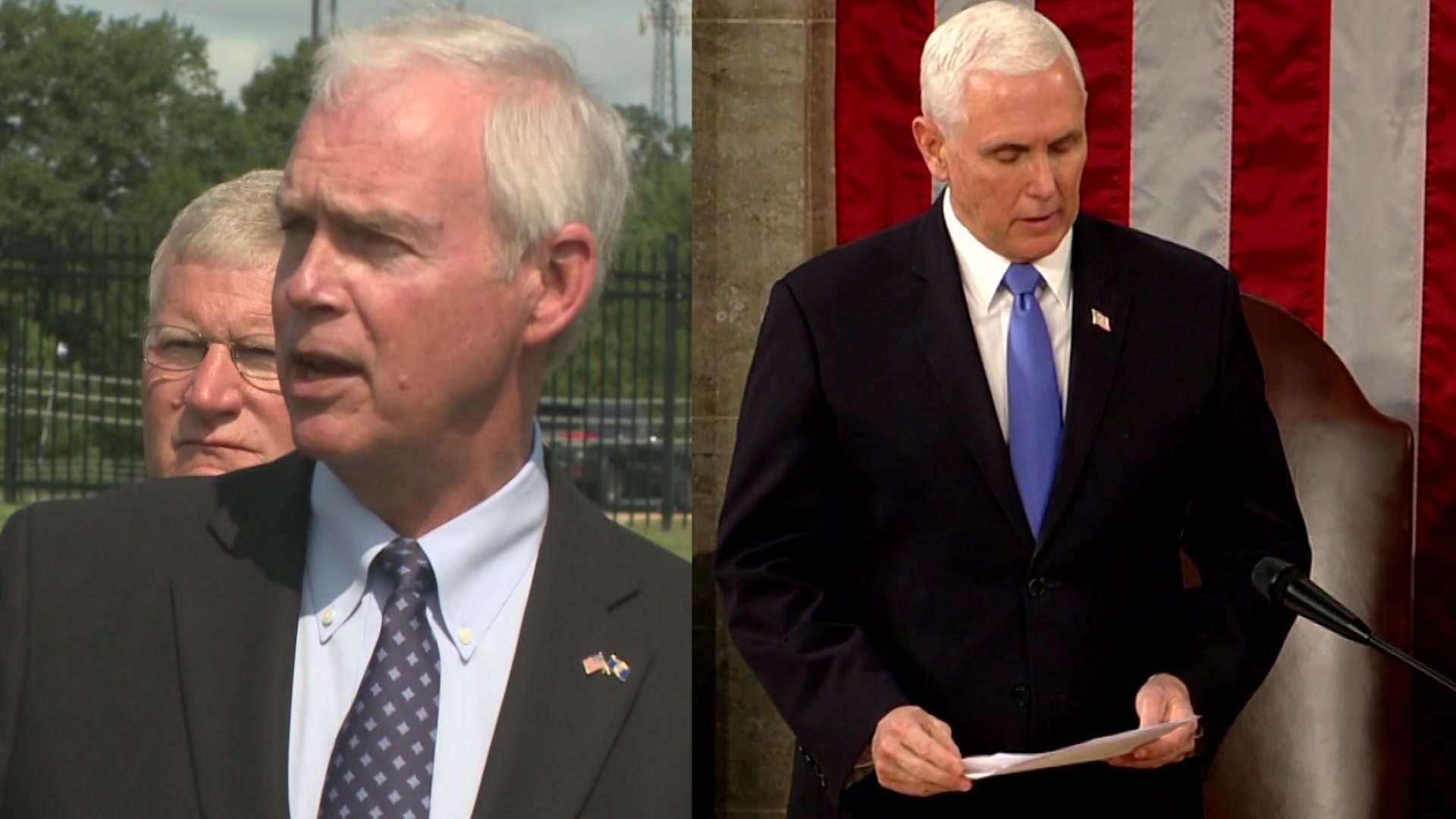 Senator Johnson says the list of fake electors revealed by the January 6th committee came from another congressman’s office.

Senator Johnson’s office declined requests for an interview or clarification, but he did appear on a conservative radio show Thursday. He said he didn’t know what the fake elector list was at the time, and he didn’t know his staff tried to pass it to the vice president.

On the Vicki McKenna show, Senator Johnson said, “We didn’t know what it was. We thought it was documents involved in the electors. Once we got it -and again, I didn’t know this- I was probably already up in the Senate.”

Senator Johnson did not explain why an unvetted document was passed along.

It’s Johnson’s latest attempt to explain why the January 6th committee has connected his office to efforts to overthrow the 2020 election.

Earlier in the week he told reporters in Washington, “We got handed an envelope that was supposed to go to the Vice President. I didn’t know.”

Predictably, several Democrats vying to oust Johnson this November are not buying the explanation, and were quick to condemn the senator.

Mandela Barnes said, “Ron Johnson actively tried to undermine our democracy. That’s what this comes down to. He literally tried to hand Mike Pence fake ballots.”

Alex Lasry said, “This is a seditious act, right. This is Ron Johnson trying to overthrow an election. And a fair and free election.”

Sarah Godlewski said, “He owes it to the people of Wisconsin, and quite frankly this country, about answering questions like ‘did he participate in a coup?'”

And Tom Nelson said, “This really is pathetic. Ron Johnson has shown his true colors. I mean, this guy’s a pathological liar.”

When contacted for an interview or statement, Senator Johnson’s office instead pointed to an editorial written by a conservative commentator that did not quote the senator.

When pressed for more, a spokesperson wrote simply, “That’s our statement.”

Dr. Mordecai Lee, Professor Emeritus at UW-Milwaukee, said, “We should feel free to hold our elected officials accountable based on what we expect of them.”

Dr. Lee says political party should not factor in, and facts must be established first. He said, “I don’t care what party you’re in, I don’t care what side you’re taking. I just want to know what were the facts of what you were involved in, and then I really welcome hearing your opinion about those facts.”

But Representative Kelly’s office vehemently denied that allegation to CNN, saying the statements are patently false and “he has no knowledge of the claims Mr. Johnson is making related to the 2020 election.”