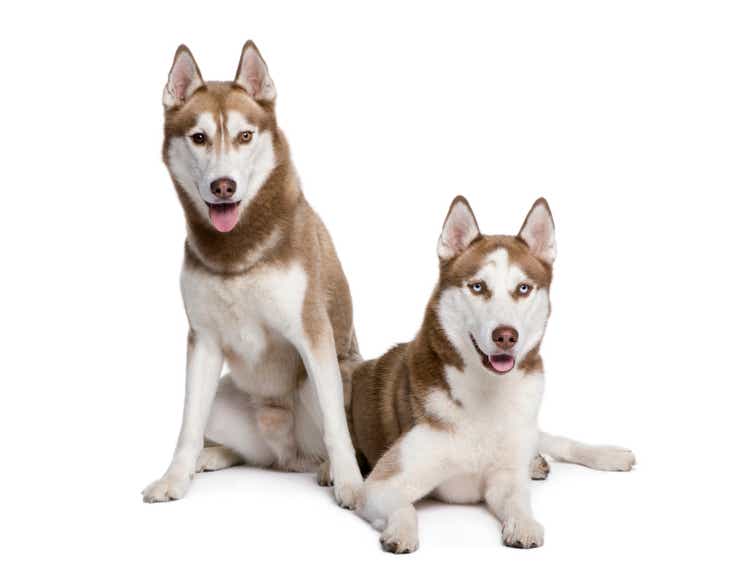 The Dogs of the Dow strategy is so well-known and popular for good reasons. It is systematic and simple. The method provides a systematic process to pick the best combination of value and quality among 30 blue-chip stocks in the Dow index. The strategy involves a few simple steps as detailed by this website:

And above all, it really works (past performances are provided in section 2 if you cannot wait). And I am willing to bet my money (both figurative and literally) on the method that it will keep working. Because it is based on the timeless concept of being valued-centric and disciplined. And the Dogs of the Dow list for September is shown below. As you can see, our main topic for today, the 3M Company (NYSE:MMM) and Chevron (NYSE:CVX) are currently the 5th and 7th highest ranked picks. They are indeed both attractive to income-oriented investors with their dividend champion status and high current yields.

However, occasionally, special events call for a closer examination (like the case with General Electric a few years ago when it made the list). And I feel this is one of the occasions when you should not blindly follow the list. Once we look beyond the dividend yield on the surface, you will see at least two reasons to prefer CVX over MMM despite the lower yield. These reasons are summarized here, and the remainder of the article will detail these considerations.

How did the method perform?

As aforementioned, the method has been really effective. The below plot shows the performance of this method since 2007. According to Investopedia:

The chart compares the strategy to simply holding the Dow Jones Industrial index (“DJIA”). As seen, the strategy lagged the DJIA after the 2008 crash till 2010. Then it recovered and has been outperforming DJIA consistently since then. According to Investopedia.com, $10,000 invested in DJIA from the beginning of 2008 would grow to $17,350 in 2018. While the Dogs of the Dow strategy would have grown to $21,420.

In case you are wondering if it performs also under the volatile conditions we have been experiencing lately, the answer is yes, as you can see from the chart below. If you have picked the Dogs of the Dow at the beginning of this year, you would have unfortunately lost 10.5% by now. However, the Dow 30 index itself lost more than 14.9%. So the dogs are still outperforming relative to the index.

CVX, MMM, and the Dow Index

Now back to CVX and MMM. As you can see from the following chart, CVX has been outperforming remarkably in the past year against a backdrop of an overall market correction. The fundamental reasons are argued in my earlier articles (compressed oil price, natural gas shortage, et al), and these reasons are still valid in my mind. CVX delivered a positive total return of more than 70% in the past year. In contrast, the DIJA index, as represented by the SPDR Dow Jones Industrial Average ETF (DIA), suffered a loss of more than 9.3%. And MMM performed even worse, suffering a total loss of more than 34%.

In terms of dividend yields, MMM indeed looks more attractive than CVX. The dividend for CVX is 3.55% as seen, substantially lower than MMM’s 5.13%.

So, on the surface, CVX is not cheap while MMM is for sale at a large discount. However, note that the average yield for CVX has been substantially biased by extremely high yield during 2020 and 2021. And also, as to be detailed next, its dividend yields also underestimate its total shareholder yield potential because a substantial fraction of its yield would come from share repurchases going forward.

During the quarter, we returned $848 million to shareholders through cash dividends. As we have communicated previously, share repurchases remained suspended in Q2 due to the pending food safety separation. We intend to complete the separation through a split-off with the closing date of September 1, subject to Neogen shareholder approval and other customary closing conditions.

To wit, my estimate of CVX’s buyback yield is about 1.1% for the H1 of 2022 and 2.4% for the full-year 2022. The details of these estimates are provided in our earlier article and the key assumptions are quoted below. As a result, CVX’s total shareholder holder is about 4.6% (3.5% dividend yield + 1.1% buyback yield) for H1 of 2022. And for the full-year 2022, it could reach almost 5.8%, substantially higher than MMM’s total shareholder yield, which would be 5.13%, the same as its dividend due to the suspension of buybacks.

Onto valuation and projected returns. There is little doubt that MMM is currently at a discount relative to its historical valuations. The extent of the discount depends on the metric you choose. As aforementioned, its dividend yield indicates a large discount of 60%. In terms of PE multiple (FW PE is about 15.6x according to SA), the discount is smaller, about 16% compared to the historical average of 18.5x. However, I do not expect a valuation expansion until the lawsuits surrounding its earplugs become resolved, which could take years or even a decade. Based on these considerations, the chart below summarizes my return projections. More specifically, I am projecting about 8.5% total return per annum in the next 3~5 years consisting of:

In contrast, the picture for CVX is much rosier as seen below. As detailed in my earlier article, I think a growth rate of 6% is easily achievable. I expect its ROCE to stabilize at 20% and the reinvestment rates to be about 15%. Under this combination, the long-term organic growth rate will be about 3% per annum (20% ROCE x 15% reinvestment rates). Then I think it is very safe and conservative to add an inflation escalator of 3%. I think the oil and natural gas prices will very likely rise more than 3% per year in the next few years, as repeatedly argued in my previous articles. All told, I am projecting about 13.5% annual total returns in the next 3~5 years consisting of:

Other risks and final thoughts

First, both businesses face substantial macroscopic headwinds in the near term such as supply-chain issues, rising labor costs, and the possibility of a recession. However, I see the business-specific risks much higher for MMM than for CVX. A big part of current inflation is due to fuel costs per the latest data from Bureau of Labor Statistics. And MMM will be hurt by high fuel costs while CVX will benefit. The lawsuits surrounding its earplug are a large uncertainty that is hard to estimate (this source estimated that the potential losses could reach $100 billion). For CVX, the stock is inherently more volatile due to commodity prices. If you recall from an earlier chart, its dividend yield fluctuated by almost 3x, between as low as about 3.05% to as high as 9.96% in the past decade. In the longer term, climate and environmental concerns are risks for CVX (and other big oil stocks as well). CVX could be negatively impacted by its own lawsuits, government regulations, and tax laws.

To conclude, MMM and CVX are currently the 5th and 7th highest yielding stocks in the Dogs of the Dow list. However, I feel that this is one of the special occasions where you should take a closer look instead of blindly following the list. It is true that CVX’s dividend yield is lower than MMM (by quite a bit). However, it actually offers a higher total shareholder yield due to generous buybacks and higher total return potential than MMM.