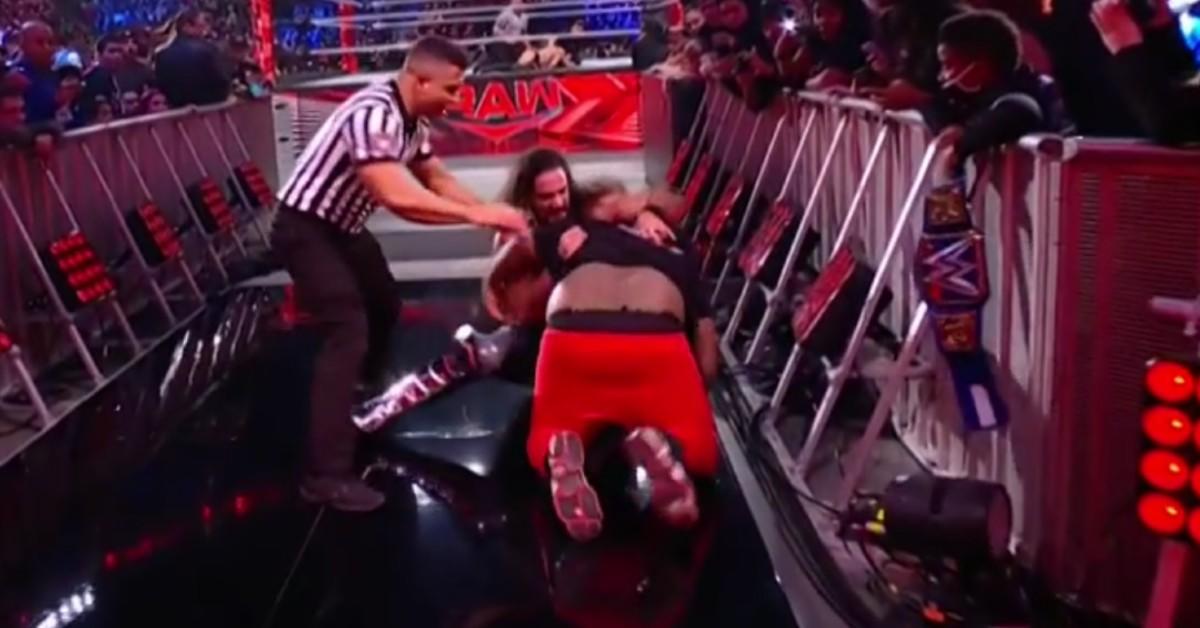 WWE star Seth Rollins was attacked by a fan during Monday Night Raw at the Barclays Center in Brooklyn, New York, last night.

The 35 year old was walking back up the aisle after laying out Finn Balor when he was ambushed by a sprinting fan and tackled to the ground.

Rollins did well to get the attacker in a headlock and as they scrambled on the floor, security finally intervened as bodies poured from backstage.

The former four-time world champion managed to preserve character as he broke free and backed away towards the entrance. Fans spotted names like Becky Lynch and Michael Hayes waiting for Rollins at the top of the ramp.

See below some of the fans videos that captured the incident that went down between Rollins and the fan.

“WWE takes the safety of its performers very seriously. The individual who attacked Seth Rollins has been turned over to the NYPD and will be prosecuted to the fullest extent of the law,” WWE told talkSPORT in a statement.

Marc Raimondi of ESPN reported: “A 24-year-old male has been taken into custody in Brooklyn following an attack on WWE wrestler Seth Rollins during the Raw TV show in Brooklyn, an NYPD spokesperson told ESPN. Charges are pending. No name released yet.”

As the attacker was taken out of the arena by security, the crowd directed ‘ass****’ chants at him.

Luckily, Rollins escaped the incident unscatched and he was able to return to the show for the main event where he would sit at ringside during the WWE title match between Big E and Austin Theory.

Rollins debuted in WWE back at Survivor Series in 2012 as part of The Shield. This incident comes one-day removed from the 2021 iteration of the pay-per-view and Rollins ended up being the sole-survivor in the RAW and SmackDown traditional five-on-five elimination match.