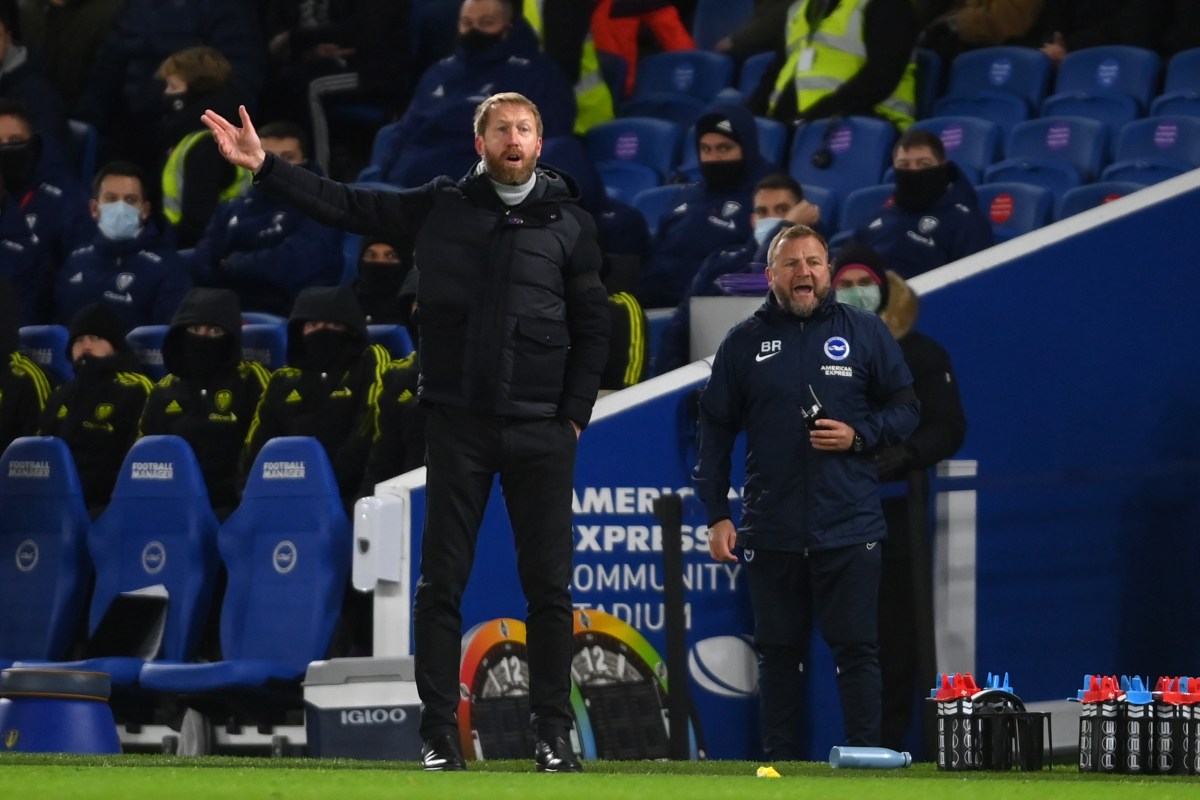 Call them Boorighton. Albion start this week sitting ninth in the Premier League.

Graham Potter arrived 101 games ago, after they’d finished 17th, having been promoted into the top flight just the season before. They’ve since finished 15th and 16th.

In those 101 games, they’ve lost far less than they have won and (possibly a few too many?) drawn. And done so with a bit of style! After the match, he suggested those fans that booed ‘maybe need a bit of a history lesson?’ And a crash course in magic tricks? His name’s Graham, not Harry Potter.

My Black Friday buys have just arrived. Just in time for the cold snap. They’re from Burnley’s Sean Dyche Winter Collection. I’ve got, in club colours, the all weather, rich ‘n’ comfy neck warmer. Or tie. And the slim fit, lightweight, heavy duty Polar fleece in white. Or shirt. The always popular ginger chin warmers were out of stock, annoyingly.

I bet you’re thinking, that was a rather audacious no-look penalty from Ivan Toney? His first goal at home this season, and the one that went on to earn Brentford all 3 points against Everton on Sunday afternoon.

Turns out, though, Ivan was suddenly distracted. As he’d spotted something out of the corner of his eye. Glinting in the low winter sun.

Just a few miles across west London that afternoon, Manchester United were in town to face Chelsea. Where Cristiano Ronaldo’s name wasn’t in the starting Xl.

However, what was on his ear, was a big, shiny earring. Hanging like a Christmas tree bauble from his left lobe as he warmed the bench.

Rumour has it that incoming coach Ralf Rangnick had, well, rang Mick. And instructed Michael Carrick not to start Ronaldo.

Begging the question, will substitute continue to be Cristiano’s starting position under the new boss? The jewellery’s out on that one.