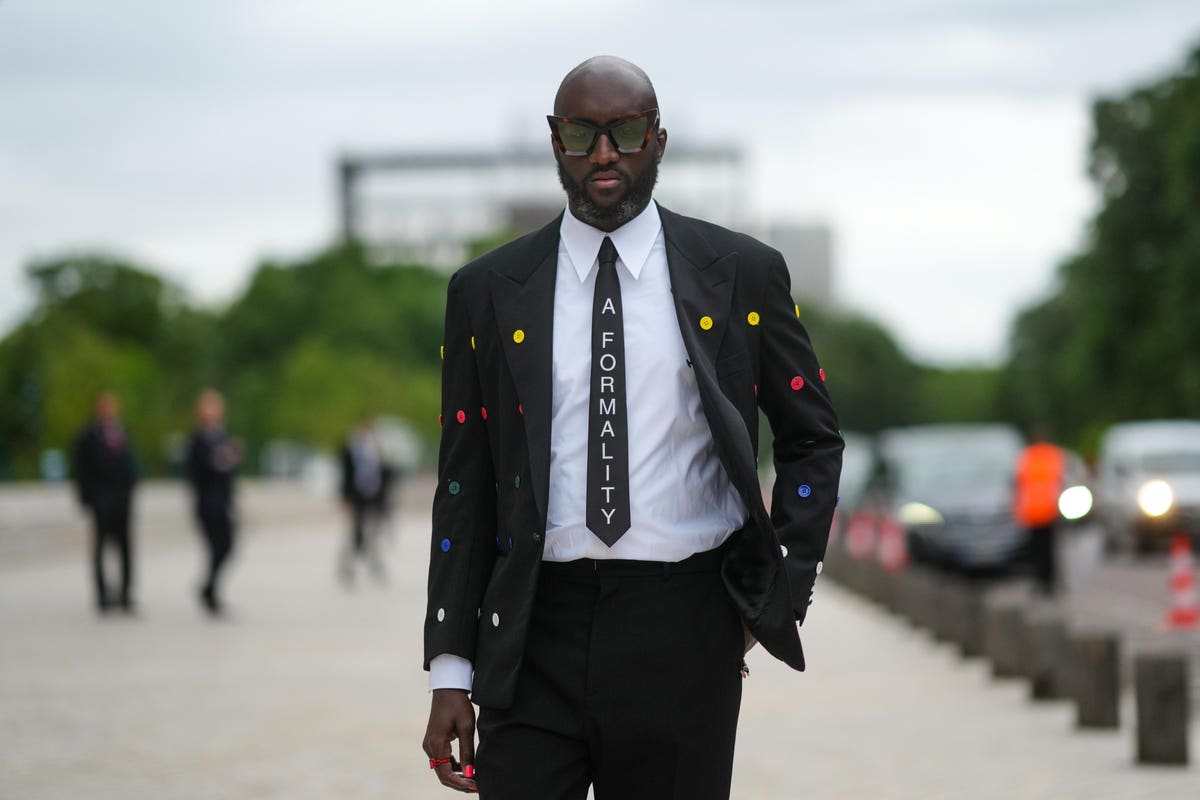 A shock has hit fashion as renowned fashion designer Virgil Abloh has died at the age of 41. The Chicago native was known for his streetwear style and design, yet was a force of nature and quiet personality. Having his own brand, Off White and being creative director of a LVMH Moët Hennessy brand, Louis Vuitton men’s, Abloh was a trailblazer in streetwear design coming up with the likes of Derek Watkins (known as Fonzworth Bentley), Kanye West, and other men who have inspired fashion and culture since the early 2000s.

And who can forget seeing Abloh D Jing at last month’s Fashion Trust Arabia in Qatar, only to know he’d have a month left. Fashion and those who knew him best are gutted.

Abloh died Sunday and according to a message posted on his personal Instagram account, it states that “Virgil valiantly battled a rare, aggressive form of cancer, cardiac angiosarcoma. He chose to endure his battle privately since his diagnosis in 2019, undergoing numerous challenging treatments, all while helming several significant institutions that span fashion, art, and culture.”

“We are all shocked after this terrible news. Virgil was not only a genius designer, a visionary, he was also a man with a beautiful soul and great wisdom,” stated Bernard Arnault, Chairman and Chief Executive Officer of LVMH. Continuing he states, “the LVMH family joins me in this moment of great sorrow, and we are all thinking of his loved ones after the passing of their husband, their father, their brother or their friend.”

In an interview from this year, Derek Watkins notes the impact men like Abloh had on fashion, especially from where they came from in striving to get into Paris Fashion Week shows as close as 2009, before they made it big. “Today with fashion shows literally being streamed live, this is how folks influence street culture,” shares Watkins. “There was the shift to where these folks that were trying to be in fashion- like the photo from 2009 with Kanye, myself, Virgil (Abloh) and Don C- of all of us in Paris for fashion week. I mean these guys all run major fashion houses at the biggest brands all over the world today. When I think about Kanye West as a pillar, a foundational pillar who shifted us into our new future, it’s pretty extraordinary. Also, in what Demna (Gvasalia, Balenciaga’s creative director), to Jerry Lorenzo, to Matt Williams, and what Virgil has been able to do is amazing.”

Kanye West’s former creative director, the two had interned at another LVMH brand, Fendi. And then Abloh sought to create an empire of his own with the formation of his brand Off White, which impacted the industry with who’s who from Beyoncé, to Justin Bieber, and Khloe Kardashian wearing the brand. “I don’t have to choose between high fashion or streetwear. My brand reminds me that it doesn’t have to fit in a box. It can just be in a gray area,” he was known for saying. He even created a scholarship fund for Black students following the murder of George Floyd.

From where he came from to where he got to is nothing short of amazing. Virgil Abloh will be in the fashion and cultural history books, etched in history. In the same Instagram Post on his personal account it notes: “He is survived by his loving wife Shannon Abloh, his children Lowe Abloh and Grey Abloh, his sister Edwina Abloh, his parents Nee and Eunice Abloh, and numerous dear friends and colleagues.”