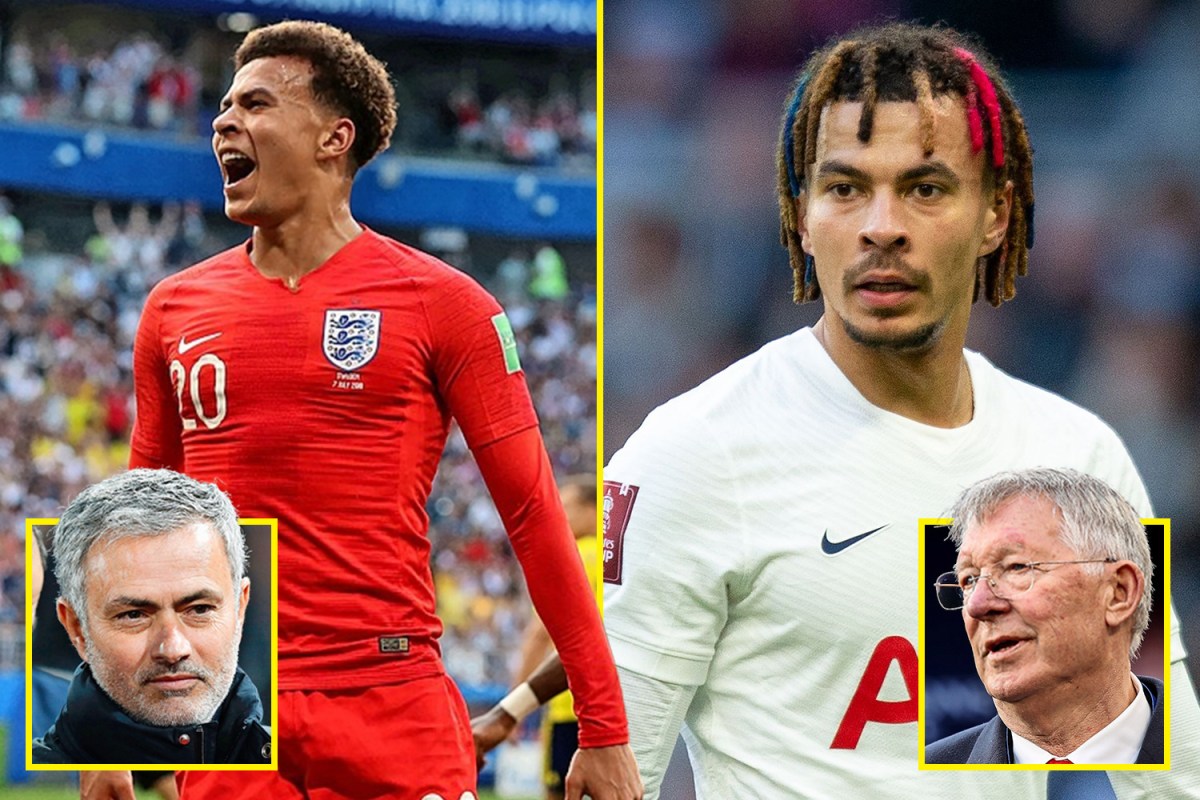 It’s difficult to pinpoint just what has gone wrong for Dele Alli.

Little under five years ago, the Tottenham playmaker scooped his second consecutive Young Player of the Year award, beating the likes of Harry Kane and Romelu Lukaku for the Premier League accolade.

His eighteen top-flight goals in the 2016/17 season cemented his name as one of the most talented young prospects in Europe.

A regular starter for both club and country, Alli seemingly had the world at his feat.

He was a joy to watch and that’s why his fall from grace has been a sorry sight to behold.

A true great of the game, Sir Alex Ferguson, even admitted he can’t understand where it’s gone wrong for the 25-year-old, who finds himself outcast at Spurs.

“I thought Dele Alli was going to be a top player, I must admit,” he said in a recent interview with Gary Neville for SPORTbible.

“I don’t know what’s happened there.”

Alll was so good that Sir Alex even recommended him to Jose Mourinho during the Portuguese’s time at Old Trafford, which he revealed shortly after taking the Spurs job.

“Sir Alex Ferguson gave me only one bit of advice in two and a half years: Buy Dele Alli. ‘That guy, with that mentality, the way he plays, the aggression he has in mind. This guy is the Manchester United player. Buy Dele Alli’. The Portuguese said when arriving as Spurs boss in 2020.

But just like with Nuno Espirito Santo, and now Antonio Conte, Alli never found his feet under Mourinho and quickly found himself out of favour after he was appointed in 2019.

Bought from MK Dons for just £5m in 2015, Spurs fans were rightly elated they had Alli in their ranks for such a snip.

The White Hart Lane faithful quickly made a song for him, hailing their player as ‘better than Mesut Ozil’ in a jibe at their fierce rivals Arsenal.

In fairness, Alli was so good that they might have been right at the time, as he was going toe-to-toe with the World Cup-winning German despite the latter’s seniority.

But it all might have been a very different story for Alli, as current Leicester boss Brendan Rodgers revealed in 2016.

Rodgers revealed the fresh-faced kid nearly joined him at Anfield when he was in charge.

Alli grew up supporting Liverpool and loved Steven Gerrard so the club managed to get him, Karl Robinson, his MK Dons manager as well as his parents up to the city to talk about a possible transfer.

“The manager of MK Dons actually drove him down to us. They played a game on the Saturday and we were playing West Ham on the Sunday.

“We’d had contact with Dele, it was all above board, I was speaking with Karl Robinson and I spoke to Dele and his adoptive parents.”

Alli is now being linked with a move to Newcastle, having featured in just ten Premier League matches this term and not part of Conte’s plans.

Apart from perhaps Arsenal supporters, football lovers would surely love to see the player get back to his best as there’s no doubting the talent is there.

talkSPORT host Simon Jordan reckons a switch to St James’ Park should be a no brainer for the 25-year-old.

“If you’re Dele Alli you’ll have delusions of grandeur but you’ll believe the memo that you’ve sent yourself because you’re probably president of your own fan club.

“If he wasn’t he’d have done something about the situation you find yourself in – being marginalised by two or three managers, out of the England set-up, nowhere near of any value to Tottenham Hotspur so far.

“Where do you think he’s going to go? He wants to land somewhere, somewhere of significance and I don’t think a joined up football club will look at this and think he won’t be of any value if he’s not of value to Tottenham.

“The penny should have dropped over where he is in his career but I can see someone like Newcastle signing him.

“If they take Callum Wilson out of that side, where are they going to score goals? I’m not suggesting Dele Alli is the answer but he’s going to be part of an offensive line-up…”