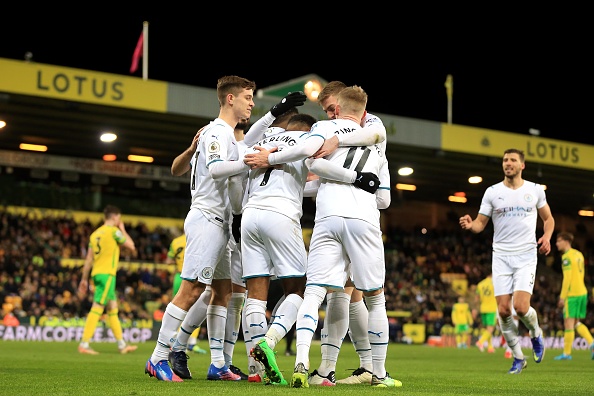 Earlier in June, The Mirror reported that Arsenal boss Mikel Arteta wanted a reunion with the Manchester City attacker.

The Gunners boss was Pep Guardiola’s assistant at Eastlands for a number of years, coinciding with Sterling’s time under the Spanish duo.

However, Chelsea have made most of the running with regards to signing the England international over the past fortnight.

It’s been reported that he’ll cost £50 million – a figure the Blues are willing to spend – and former Premier League player Chris Iwelumo has admitted on Sky Sports that he cannot believe the Citizens are going to sell to a rival.

He told Sky Sports News: “I’m completely in shock that Man City would even think about let him going to another Premier League side. Sterling is so important. 23 games I think he started last season – 13 goals, five assists.”

It is a little bit surprising that City are willing to sell to a Premier League rival, yes.

Guardiola is already on the verge of selling Gabriel Jesus to Arsenal in a move that’ll strengthen the Gunners a lot.

So the prospect of the former Barcelona boss selling Sterling to the Gunners or Chelsea is also perplexing.

The pair scored over 20 Premier League goals in helping City win the title last season, which isn’t a huge volume of goals, but it’s goals that Guardiola’s troops won’t be counting on next season or beyond.

As things stand, Chelsea are definitely favourites for Sterling.

But don’t rule out Arsenal yet.

That’s because Thomas Tuchel is also ‘close‘ to signing Raphinha, beating off competition from the North Londoners.

And with both being wingers, the Blues getting Raphinha could, in theory, give Arteta a lifeline for Sterling.

In other news, ‘Official soon’: Romano says ‘incredible’ Man City star will sign for UCL side