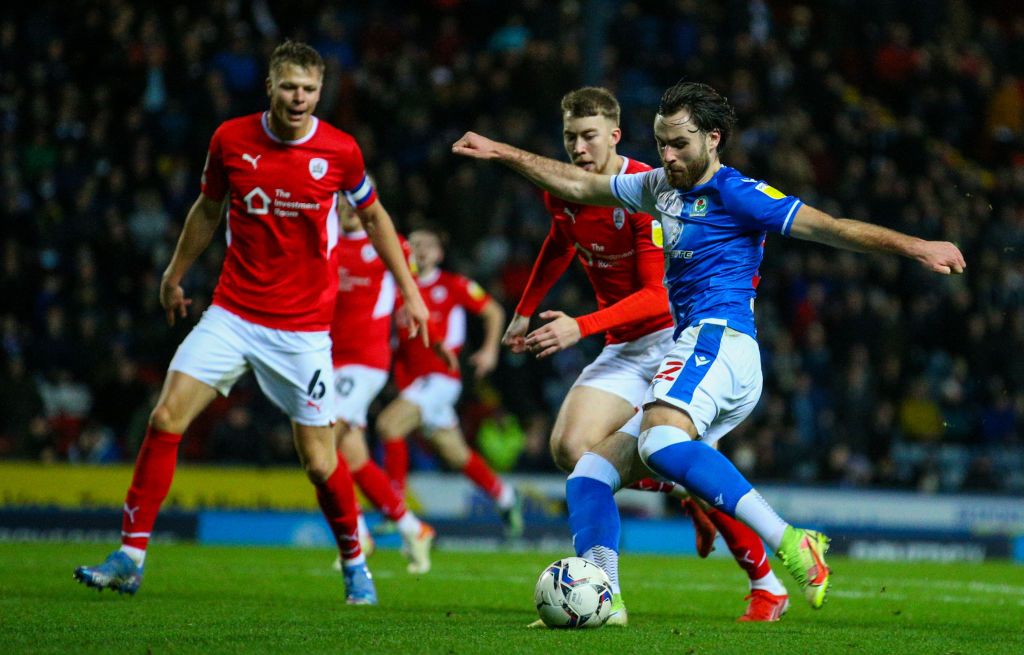 The EFL expert and former forward added that he can see ‘a bit of movement’ with this possible transfer and Blackburn are going to demand around ‘£20 million’ for the Leeds target.

Last season, Diaz produced his best season in English football, when he scored 21 goals in 36 Championship games, including becoming a superstar for Chile.

To enhance his career further, and at a stage when the 23-year-old is playing his best football, then moving to the Premier League would be a wise call – Leeds want to bring him on board, whilst West Ham United have scouted the player.

And it’s something McAnuff can see happening, as he compared Diaz’s current situation to that of Adam Armstrong’s last season, prior to his move to Southampton, as he told Sky Sports News.

“Ben Brereton Diaz at Blackburn Rovers, he only has a year left,” said McAnuff. “So I think that is one we can see a bit of movement on.

“They are holding out for somewhere in the region of £20 million. It’s similar to what they got for Adam Armstrong when he left for Southampton.”

Outside of Patrick Bamford, there are a number of players who can play that central striker role, from Rodrigo, who scored at the weekend to Dan James.

But those players are better suited in other areas, and as James proved last season, it’s not a road Jesse Marsch wants to go down this season.

Therefore, adding another out-and-out striker to the club would be a wise move before the summer transfer window slams shut because it seems a long time ago that Leeds fans saw two genuine number 9’s at their club.

Kemar Roofe was sold whilst the Whites were in the Championship, whilst people saw Jean-Kévin Augustin enter Yorkshire, but they haven’t seen him since.

Eddie Nketiah also had a short loan spell at the club, but once again, he didn’t earn enough minutes and Arsenal ended that spell.

But now Marsch is in the dugout, so Leeds fans might get their wish of adding another striker to their ranks.

In other news, Players Wolves could target who Bruno Lage previously worked with including star with 68 goal involvements from 72 games