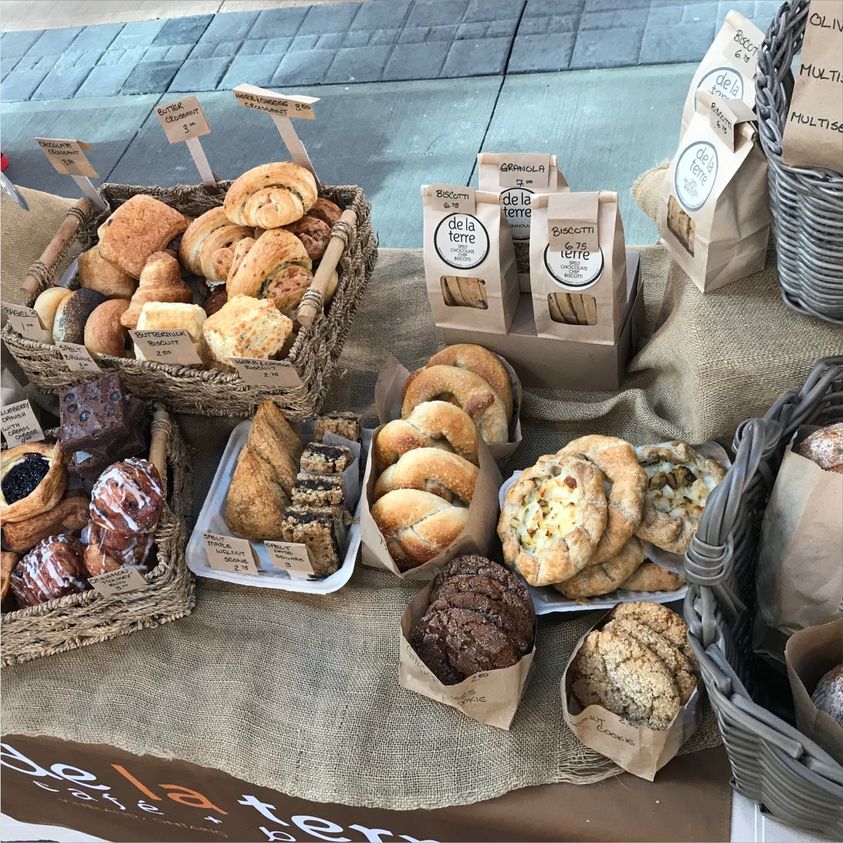 Some Ontario establishments will continue to enforce proof-of-vaccine requirements even after the province ends its certificate system on Tuesday.

In mid-February, the Ford government announced that the province’s vaccine passport would end March 1.

Businesses and other settings may choose to continue to require proof of vaccination. Capacity limits are also set to lift in all indoor public locations, including arenas, concert venues and theatres, as of Tuesday.

Local businesses say they want to ensure that people feel safe and comfortable coming through their doors — especially when it comes to indoor dining.

Jan Campbell-Luxton, owner of De La Terre Bakery + Café in St. Catharines, said he and his staff jointly decided to keep checking for proof of vaccination.

Maintaining the policy feels like “a fairly small price” to pay to ensure both staff and customers feel safe, he said.

“We felt like at the moment, it seemed a bit premature to simply abolish the vaccine requirements and just throw everything open, Campell-Luxton said.

“We’re certainly not interested in kicking people out, so just as it is today, after March 1, if you’re unvaccinated and want to get something to go, you just have to wear a mask, and we also do curbside pickup.”

Campbell-Luxton noted the business would also keep a capacity limit of 50 per cent for the time being, despite the province lifting capacity limits in all remaining indoor public settings as of Tuesday as well.

The Ford government also removed capacity limits in various indoor public settings where proof of vaccination is required, including but not limited to restaurants, bars and other food or drink establishments.

“It’s been a long, hard two years, and it feels really important that anybody who comes and sits down in our place of business will feel comfortable and safe knowing that we’ve done everything we can to make sure that the people around them are adhering to public health policies and are as unlikely as possible to be ending up in the hospital.”

At least one Toronto restaurant announced its intentions to keep proof of vaccine requirements in place moving forward.

Last week, The Rosedale Diner, located on Yonge Street, announced that it would keep enforcing the public health measure after consulting with employees and customers.

“… We’ve decided to continue enforcement of the vaccine passport beyond March 1st. Our desire is to keep everyone safe and worry-free while they dine with us. Thanks for understanding,” the diner wrote on Instagram.

Revue Cinema in Toronto said in a tweet that it will continue requiring proof of vaccination for all of its regular screenings and special events until April 4. The theatre said it understands that many filmgoers have bought advance tickets to upcoming screenings “under the assumption that proof of vaccination would still be required,” noting that it wanted to “honour that commitment.”

Fox Theatre, located on Queen Street East, announced it would also keep the system in place for the time being.

“Everyone attending movies at the Fox will need to provide proof of being fully vaccinated against COVID-19 as part of the Ontario government’s Vaccine Certification Programme,” Fox Theatre writes on its website.

“Please note that we will be continuing to require proof of vaccination past March 1, 2022.”

Moore has said masking will likely be the final measure to go and said the province would need to reassess the vaccine passport system moving forward. Last week, Moore said high-risk settings — such as public transit, long-term care and hospitals — would maintain masking policies even after they are no longer required in most public spaces. Consultations have started for schools, Moore acknowledged.

Mask requirements remain in place for all indoor public settings.

Ontario’s top doctor also said he is reviewing COVID-19 isolation requirements, such as those for people with symptoms and their household members.

With files from The Canadian Press