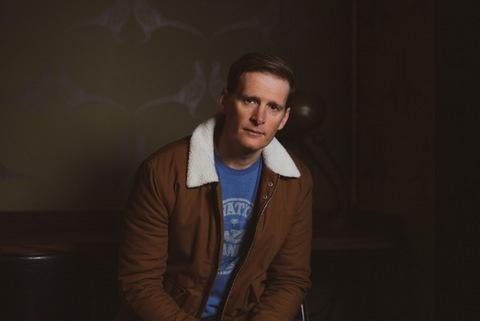 There are no more CD sales (what’s a CD?) and streaming revenue is just a trickle of what Songwriters once earned. Superstar performers’ hits now list teams of songwriting contributors and although live performances are back in demand, if your name is not marquee-worthy (and sometimes even if it is) the gigs that pay a living wage are few and far between. What’s a songwriter to do?

To answer that question and others I spoke with Patrick Davis. Heard of him or not, you’ve heard the songs he’s written for Jimmy Buffett (Something Bout a Boat), Guy Clark (Wrong Side of the Tracks), Jewel (Count on Me), Darius Rucker (Be Wary of a Woman), Lady Antebellum (Love I’ve Found in You), Pat Green (In It For the Money), Shawn Colvin (All She Wants is You), Alabama (No Bad Days) and Maggie Rose (Broken) among many others.

Patrick has just held his weeklong wine, food, and music event, Songwriters in Paradise (SIP), for the first time in Healdsburg, California, in Sonoma wine country (July 18-23, 2022). And he plays dates throughout the year with his band, Patrick Davis and the Midnight Choir. Both of which are very smart answers to the dilemma of earning a living in the current music scene. But as to how he got there….

Patrick was born in Murfeesboro, Tennessee. His father, Rusty Davis, was a musician who moved the family to Nashville, and then after six months there, the family moved back to South Carolina, where Patrick grew up in Kansas, South Carolina, a town with a population back them of some 3,500-4000 people.

His parents were schoolteachers, but on weekends his father played in bands. Rusty Davis was famous in the three surrounding counties as “the guitar player.” So, Patrick grew up around music. However, he didn’t start playing guitar until he was about 15 or 16.

Growing up there was “music everywhere” whether it was his grandmother on the piano, or his father, or in church, but what really spoke to Patrick were songwriters. Patrick was a kid who read the liner notes on albums, and whether it was Don Mclean, Jim Croce, James Taylor or, at a later point, Steve Earle or Guy Clark, those were his heroes.

In high school Patrick began playing seriously when he discovered that strumming a guitar and singing songs could attract girls’ attention. As his father was always playing in bands on occasion Patrick would join him, playing in his band, playing popular songs of the day like Van Morrison’s “Brown Eyed Girl.” At that time, he soaked up the rock classics, from the Beatles on through the Allman Brothers and Eric Clapton.

About a year after graduating from the University of South Carolina, Patrick had saved enough to head to Nashville, which at the time was a much smaller town. And like many a musician, many a songwriter, and many a tourist, Patrick went to Bluebird Café, which made a great impression on him and his career in more ways than one.

Performing at the Bluebird that night was Jill Colucci. She had written a bunch of Travis Tritt’s songs, which Patrick knew, and he later discovered that she even sung the vocals for the theme to “America’s Funniest Home Videos.” “That left a crazy impression on me,” Patrick now says. Within the month, he had moved to Nashville. However, he still had to drive back to South Carolina on the weekends to be able to afford to live there. That went on for a while.

Davis turned the corner, in a sense, by leaving Nashville (although he still lives there). He had been playing in various bands when he got a call to open for Pat Green (“Texas on my Mind”), one of the performers who put Austin on the music map. “The Texas Country scene was really happening,” Patrick said

“Texas is a country of its own,” Patrick added, “A whole different world.” Green was huge in Texas and could sell out the Astrodome.

Patrick got to know Pat Green, who asked him to write some songs for him. “I hadn’t really written songs for other people before” he said. But writing for Pat Green opened the door for Patrick to write for other Texas artists. “Then one of those songs got on country radio,” Patrick recalled, “And all of a sudden I was getting phone calls from the big publishing houses.” Other artists began to ask him to write songs for them, including one of his idols, Guy Clark, and he was on his way as a songwriter. Which was a great life and a great living – for a few years.

However, around 2012, Davis saw the writing on the wall that royalty payments were never going to be what they used to be, “And I was like, I gotta get back out playing and start making albums and figuring out other ways to make money.”

Patrick was playing dates as a solo act when he got a phone call to play a show in The Bahamas, in Hope Town, on the Abaco Islands. It was not going to be for a large crowd and Patrick wanted to offer something more unique. “I said in lieu of me coming and doing a show by myself, how about I bring some of my songwriting buddies?” Patrick brought six of his friends down for three nights – and they performed Bluebird style, talking about their songs and how they wrote them, and then performing them. It went so well that Patrick coined the event as “Songwriters in Paradise” (SIP), and over the last decade, it has become a regular February event in Hope Town.

Since that first show, SIP has grown to four different events throughout the year in the Bahamas, in Napa, Cabo, and now for the first time, in Sonoma. The cast of songwriters rotates among an ever-changing list of 10-15 of what Patrick calls, “my closest compadres.”

“You’re hearing the songwriter tell you why they wrote the song. That’s what SIP is. And that’s something that I feel like is lost when you go to a concert for a hundred thousand people or even a thousand people.” Patrick keeps SIP events at no more than 200 people. Patrick acknowledges that doing so means that the ticket price becomes prohibitive for some people, but it also raises the buy-in of people who attend. They really want to be there. They really enjoy the songwriters, the songs, the people performing them. “They want to listen,” Patrick said.

Patrick also realized that beyond SIP, he needed to be out on the road touring, playing live shows so he formed a big band called Patrick Davis and the Midnight Choir. “It’s kind like the love child of Van Morrison and Bruce Springsteen” which Davis is quick to joke, “Would be an ugly baby, but musically it’s awesome.”

So back to the original question of what a songwriter needs to do these days? Patrick Davis has found an answer playing his and his friends’ songs for a small but exclusive audience who really appreciates their songs and touring with a band that plays feel good music. Both of which in the end, are about doing what he loves: Playing music.

“I love playing,” Patrick said. “We started playing music because maybe a girl we liked smiled at us. But also because we loved listening to Paul McCartney and John Lennon and [wondered] how the hell do we get to do that?” Truthfully, Patrick says, “I’d do it for free, right? [Because] That’s what we love to do. And we forget that far too often in this world.”

For more information about Patrick Davis, Songwriters in Paradise or Patrick Davis and the Midnight Choir see www.patrickdavismusic.com