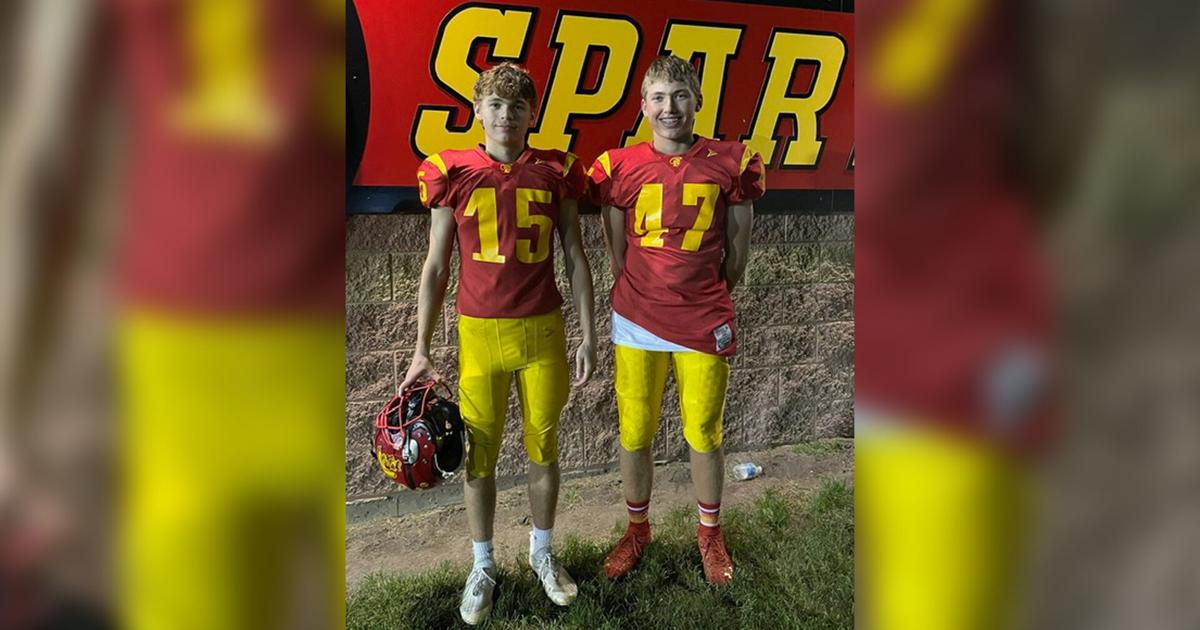 JD was a standout athlete, who also starred on the baseball and basketball teams at Sparta. But those who knew him best say his impact extended far beyond the field.

“He was the type of kid that, if he had a smile on his face, he would instantly brighten the room. He came from a high-quality, character family that was deeply committed in athletics, but also deeply committed in supporting all the student athletes we have in Sparta,” said head football coach Adam Dow.

This year has been a balancing act for the Spartans, who are mourning the loss while still trying to stay competitive on the field.

“You don’t just lose a quality individual like JD and forget about the impact he had on us,” said Adam Dow.

The Spartans first learned of JD’s passing less then 24 hours before their season opener against Mauston.

Faced with a tough decision on whether or not to play that first game, the Spartans decided that the gridiron was as good a place as any to grieve.

“Whether they’re playing a game of football on a Friday night, or whether they’re sitting in somebody’s basement or a gymnasium, or on the corner of a street someplace, they’re going to find a way to get together,” said Dow. “Because ultimately, the only way we get through something like this is by leaning on each other.”

It was with heavy hearts that the Spartans traveled to take on the Golden Eagles. With JD top of mind, they were able to pull off an emotional 28-27 win.

“Right now, Friday night is, at times, a healing process for a lot of people,” said Dow. “You never know when someone is going to break down, but I do know that there’s 60 other brothers there, that are there to lean on.”

The Spartans are continuing to honor their teammate gone too soon.

A sign, bearing JD’s number 47, sits on the fence outside their home field. It serves as a reminder of what they’re playing for every time they step out under the Friday night lights.

“They’re going to remember each and every one of these games one way or the other. And what I really try to hit on is your performance on Friday night is often going to dictate whether it’s a positive memory or negative memory,” said Dow. “When it all comes down to it, that doesn’t mean a win or a loss dictates that. It’s all about how you play, how you come together, and how we really handle adversity.”