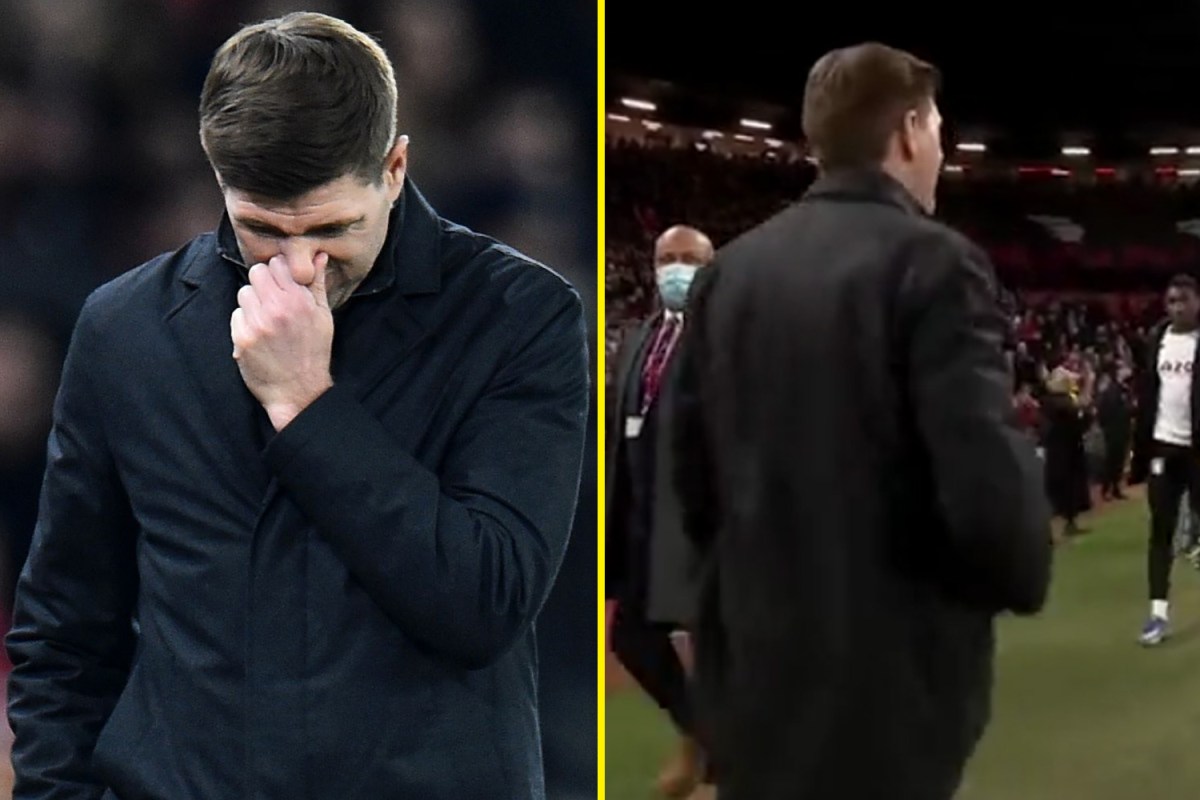 Steven Gerrard insists ‘nearly is not good enough’ for Aston Villa despite a dominant display in their 1-0 defeat to Manchester United in the FA Cup on Monday night.

The Liverpool legend returned to Old Trafford and led by example, staring down the Stretford End as they booed him to the dugout, before his side controlled much of the match.

Villa were perhaps unfortunate to be dumped out of the competition, having outplayed United for much of the tie.

VAR found itself at the centre of yet more controversy as a lengthy review denied Danny Ings an equaliser, while the visitors were guilty of wasting numerous chances.

It took more than three-and-a-half minutes to decide that Jacob Ramsey, stood in an offside position, impeded Edinson Cavani in the build-up to Ings’ disallowed goal.

And while Gerrard made no excuses for the loss, the Villa boss admitted the delay might’ve killed his team’s momentum.

He told talkSPORT: “I’ve been told two or three different things. My understanding is that JJ might’ve come from an offside position. It might’ve been for the block.

“The disappointing thing for me is that we’re in a rhythm, we’re dominating the game, and it takes three-and-a-half minutes to make a decision.

“We can debate and talk about that as much as you like, the referees and VAR have made a decision and it’s gone against us.

“But the reality is, we’ve done enough tonight to score at least two or three, in my opinion.

“I thought the performance was good enough to at least take Man United to extra-time. So there’s a lot of positives.

“We need to close that gap because when we do, we’ll be a good team.”