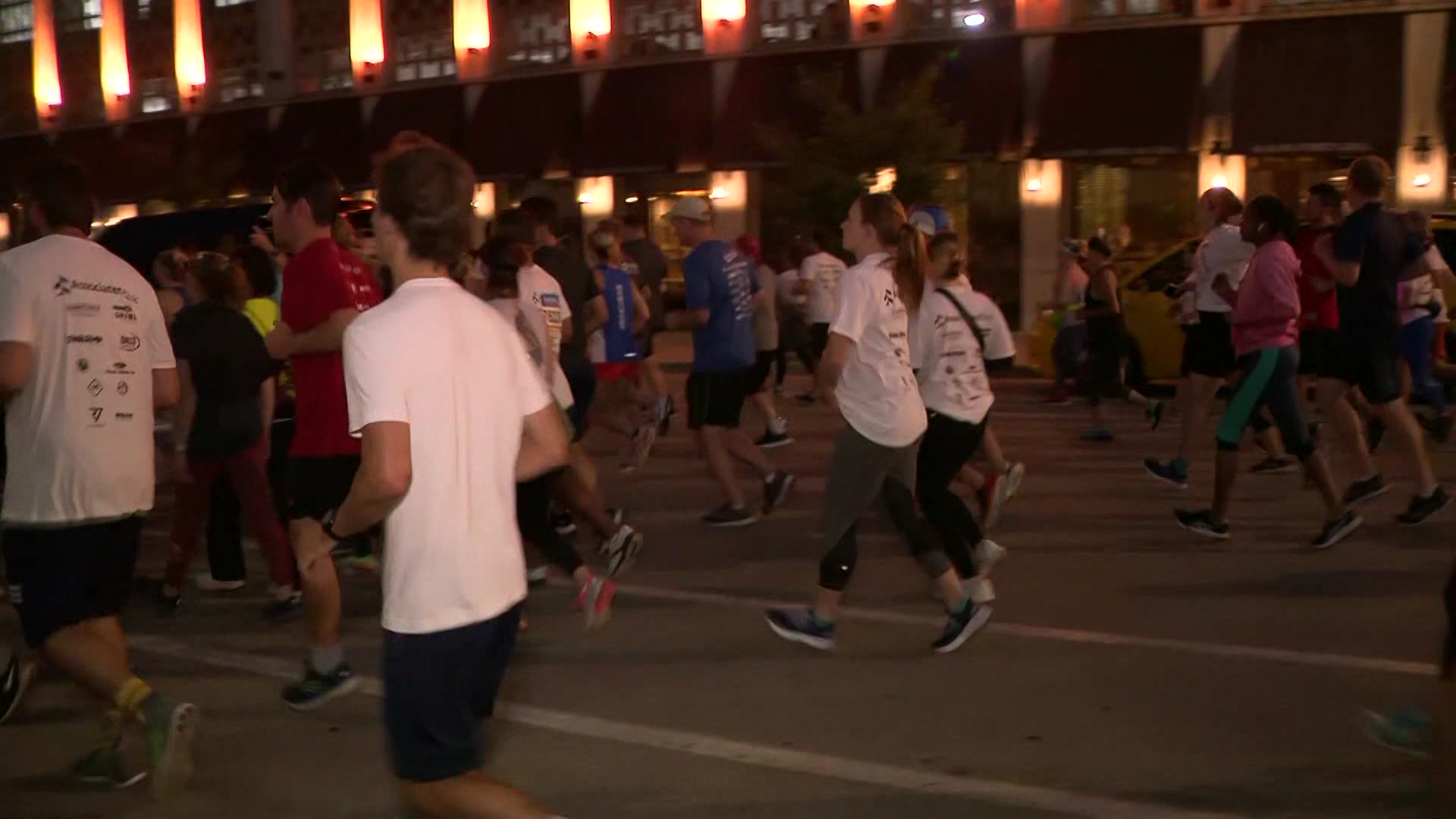 The run was expected to have more than 1,500 participants storming the streets of downtown Milwaukee. This run is the official kick off for “Bastille Days”– honoring the 18th-century attack on the Bastille Prison in Paris.

You can call this the mighty return of Bastille Days.

This comes after a two-year hiatus due to COVID — and people are just happy to be back in the square.

“It’s wonderful to be with people and the sun and rain or shine we are just so happy to be here,” said volunteer Elizabeth Long.

You can chalk it up to the alluring smell of the French beignets. Or the foot tapping sounds of cover bands playing from stage to stage. Crowds slowly trickled in to celebrate the French Revolution.

A celebration many say was needed.

So now coordinators of the festival are looking to bring a fresh vibe.

“Need positive energy, you know people out spending money, helping these businesses out after a long pandemic,” said Michale Sampson of Storm the Bastille.

Festival goers will be able to run or walk by many of those businesses during the traditional “Storm the Bastille” — starting on Jefferson Street–heading south on Wisconsin Ave. And I’ll let Michale tell you the rest.

“Come up Prospect to State Street loop up a little bit until you hit Broadway, and Broadway to the Third Ward and taking Milwaukee Street back up until you hit Mason Street.

A 5k tradition with personal goals waiting for each runner at the finish line.

“Getting my mind off of everything going on,” said Sampson.

But this festival goes deeper than the storm — it’s about the culture.

“Delong, it’s French..D-E-L-O-N-G. Until it’s relational where you can talk to someone else who loves France or loves the frankophone (french speaking),” said volunteer Cathy Long.

“it’s just not the same when it becomes relational I think it’s just a great experience,” said Elizabeth Long.

The festival attracts nearly 250,000 visitors to our area.

Bastille Days is scheduled to go on until this Sunday, July 17.