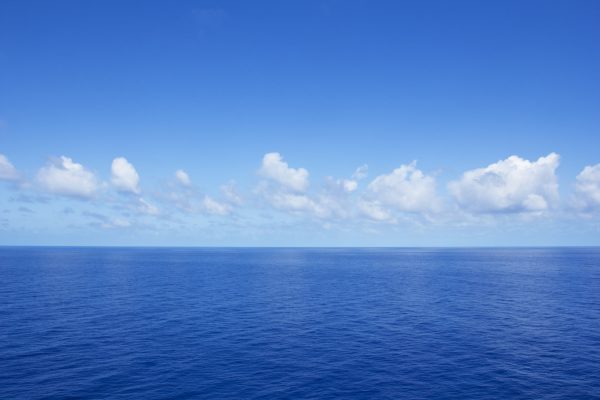 The first iteration of U.S. President Joe Biden’s Summit for Democracy is just over a week away, and the guest list has included many interesting choices. Clearly authoritarian adversaries of the U.S., like Russia and China, were not going to be invited, but the guest list is seemingly open to those whose democracies are less than secure. Given recent developments in the U.S., Washington can’t be one to cast aspersions. So the event seems designed to be aspirational, with many countries that have experienced recent backsliding, and those with credible democratic movements, being afforded the ability to participate.

Pleasingly, the Pacific Islands have not been overlooked by the White House. In fact, the region will have strong representation at the summit with Fiji, Kiribati, the Marshall Islands, the Federated States of Micronesia, Nauru, Palau, Papua New Guinea, Samoa, the Solomon Islands, Tonga, Tuvalu, and Vanuatu all invited to attend.

Rather than clustering less powerful regions into a group, the summit organizers have seen the importance of each individual state having the opportunity to express itself. While regions may have similarities — and collective weight is often important for Pacific Islands in multilateral forums — for a summit on democracy each country has its own unique political and cultural features that require respect.

According to Freedom House’s Democracy Index, most Pacific Island countries have reasonably strong democratic credentials, with free and fair elections and a decent respect for political rights and civil liberties. The only exceptions among the Pacific invitees to the summit are Fiji and Papua New Guinea, which are designated “partially free.”

Fiji has a history of military coups, and although democracy was restored in 2014, there remains a centralizing of power in the office of the prime minister. The governing FijiFirst Party also has a habit of interfering in opposition party activity and leaning on the judiciary. The media has restrictions placed upon what it can publish, and sedition laws make criticism of the government difficult.

In Papua New Guinea, elections are often marred by irregularities and political violence. Local leaders, especially in the highlands, conspire to have ballots filled out in bulk, enforcing a community standard, rather than an individual choice (and often producing more votes than people). Women have difficulty seeking elected office, and currently there are no female members of parliament. PNG also suffers from the instability of political parties, with loyalties primarily being to kin and community, making a national consciousness weak and broad political movements difficult to consolidate.

The similar cultural complexity of the neighboring Solomon Islands is the driving force of its current unrest. Having recovered from a period of internal instability between 1998 and 2003, regional tensions have returned, piggybacking on geopolitical calculations, reestablishing stresses between the islands of Guadalcanal and Malaita. This will be a test of the capability – and willingness – of the country’s political institutions to find a peaceful solution.

While lacking any social disruption, Samoa’s political institutions experienced a prolonged period of difficulty earlier this year when April’s election returned a hung parliament. An attempt to add an additional seat to the legislature to meet the requisite 10 percent quota of women (the election saw women occupying only 9.8 percent of seats) was annulled by the Supreme Court, and the sole independent gave his support to the opposition, paving the way for the first change of government in 39 years. However, the prime minister refused to concede defeat, leading to an extraordinary swearing-in of the new government on the lawn outside the parliament. By late July a resolution was achieved, and normality restored to Samoan politics. But the turmoil highlighted what will be a central feature of Biden’s summit – that the most essential feature of democracy is that political parties accept their losses.

It needs to be acknowledged that the political systems of the Pacific Islands have been imported from elsewhere, and that current global democratic expectations of democracy are derived from colonial endeavors. Often there have been attempts to shoehorn parliamentary democracies onto local political traditions in a way that creates a certain cultural dissonance. Despite this, Pacific Islands have mostly shown a strong commitment to the maintenance of their inherited democratic institutions (with some obvious exceptions).

It should also be noted that democratic institutions are more than just the holding of fair elections, organizing and speaking freely, and expressing oneself through the ballot box. At the core of democracy should be a bond of community. This is something that is incredibly strong throughout the Pacific (although not always at national level). The hope would be that Biden’s Summit of Democracy is not just a series of lectures from smug and powerful Western countries, but instead a listening experience, and that all invitees – no matter how small – are afforded the respect to have their perspectives considered.