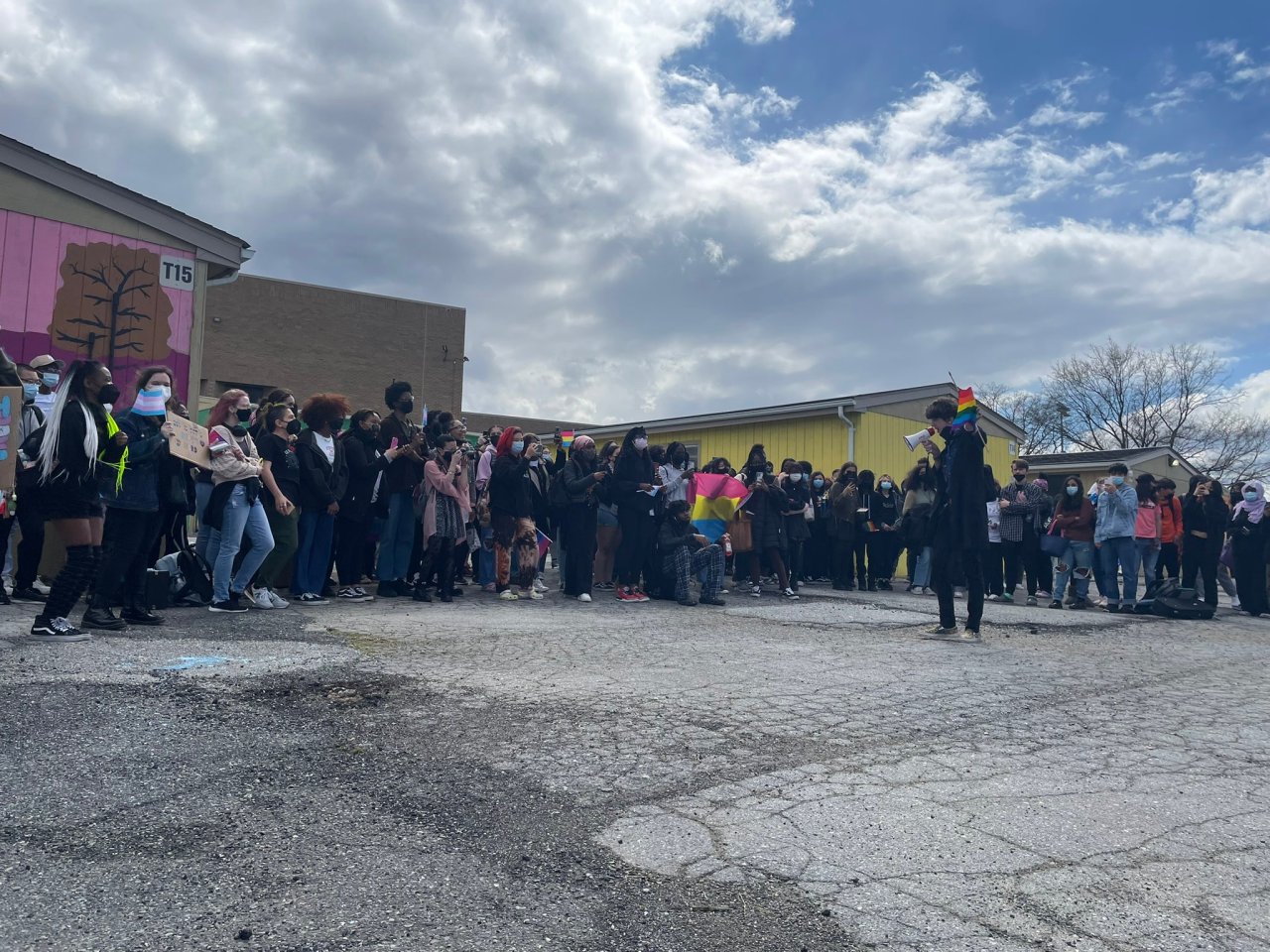 GREENBELT, Md. (WDVM) — Students in Prince George’s county are stepping up and strolling out to protest the a number of payments being handed in state legislatures throughout the nation that concentrate on members of the LGBTQ neighborhood.

Students at Eleanor Roosevelt High School say this walkout could not change any laws however they’re doing their half by talking out.

More than a dozen college students walked out of their Greenbelt High School on Friday afternoon holding indicators and chanting.

“I wanted people to feel supported and realize that people like us exist and that these types of things that are happening and around the country and they’re not okay,” mentioned Alen Adams, one of many organizers of the walkout.

This comes in the future after advocates in Florida filed a lawsuit in opposition to their governor over the “Don’t say gay” regulation, which prevents colleges from educating sexual orientation and gender id.

“Once it’s allowed somewhere, it sets a precedent for it to be allowed everywhere,” mentioned Cole Titus, an organizer for the highschool walkout.

“I care about people having human rights because humans are humans and they deserve basic human rights,” mentioned Adams.

Students in Maryland say it’s not honest, and so they wish to see a change of their neighborhood as effectively.

“I think in our community, I think especially if like allies called out the casual transphobia and casual homophobia they see,” mentioned Titus.

“We want to make as big of an impact as we can even if we can’t go to the other states and protests we can still try to do it here. And during a school day where people can get the most awareness as possible,” mentioned Adams.

Organizers of the walkout say they won’t cease preventing till they see change. On high of at this time’s protest, college students we spoke to say they’re working to create a gay-straight alliance at Eleanor Roosevelt High School.