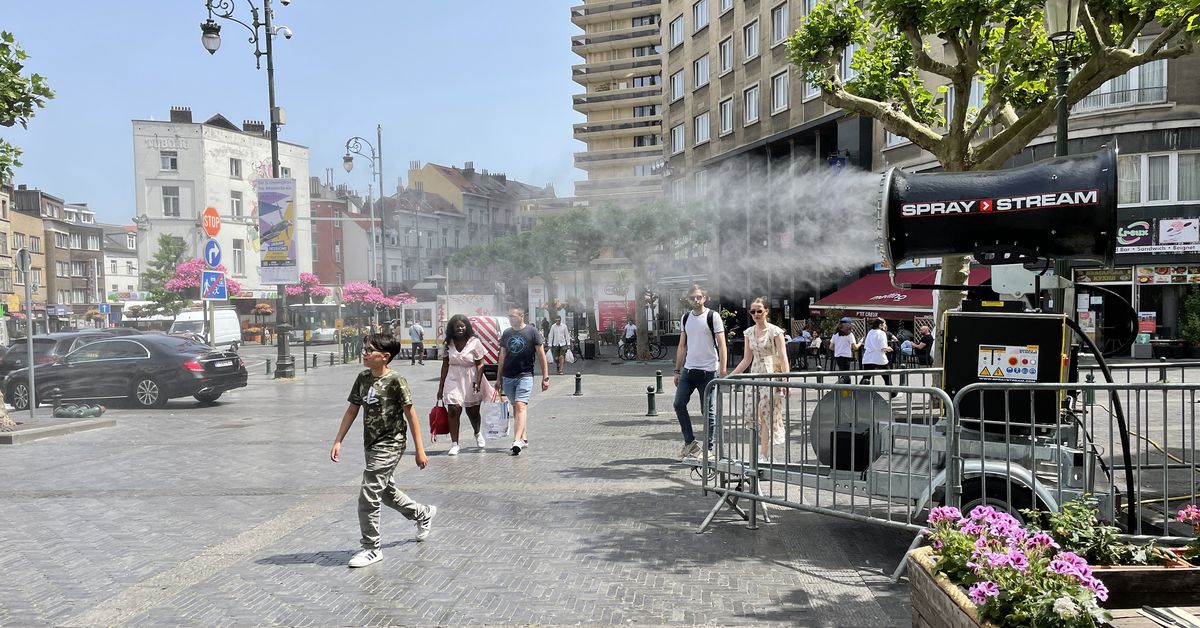 Summer only just started, but much of the world is already experiencing brutal heat. In the last two weeks, extreme heat waves have struck many parts of the US, Europe and China, threatening lives, increasing the risk of wildfires, and testing the limits of electric grids.

And that was all before summer technically began — Tuesday was the summer solstice — raising concern among climate scientists that heat waves are arriving earlier as the planet warms. “It’s especially impressive (and unsettling) to see all-time heat records being set in Europe before we even get to the summer solstice,” meteorologist Bob Henson wrote on Twitter over the weekend.

The European heat wave is starting to wane. But extreme heat in the US — the deadliest weather-related phenomenon in the country — is lingering, and moving east from the Great Plains to the southeastern US. An astonishing 70 percent of the US population could see temperatures in the 90s over the next week, including residents of major cities like Atlanta, New Orleans, and Dallas. Tens of millions of American were under a heat advisory Tuesday. Looking farther out, the National Weather Service predicts a hotter than average July, August, and September — offering little hope of relief.

This isn’t normal for June, or for any part of the summer, for that matter, compared to past averages. It’s an extreme. But “normal” has become something of a useless word in meteorology — and “extreme,” something of a mundane one — as fossil fuels continue to heat up the planet. In the years to come, heat waves like these are likely to get worse, not better. So while this summer might be unbearably hot, it may be one of the coolest summers for decades to come.

Where does all this heat come from?

“Heat wave” is something of a technical term that refers to temperatures that remain much hotter than the local average for an extended period of time — at least two days, according to the National Weather Service. And typically, they begin where there’s a buildup of high pressure in the atmosphere, writes Vox’s Umair Irfan:

That creates a sinking column of air that compresses, heats up, and oftentimes dries out. The high-pressure system also pushes out cooler, fast-moving air currents and squeezes clouds away, which gives the sun an unobstructed line of sight to the ground. The ground — soil, sand, concrete, and asphalt — then bakes in the sunlight, and in the long days and short nights of summer, heat energy quickly accumulates and temperatures rise.

These high-pressure systems have helped fuel the recent heat waves in North America and Europe, Axios’s Andrew Freedman reports. And all that pressure in the atmosphere acts like a lid on a pot, trapping heat so it can’t dissipate. That’s why these heat waves are often referred to as “heat domes” — the heat is trapped under a dome of pressure.

When those domes linger, they put human lives at risk. Without access to air conditioning or cool public spaces, people — especially those with underlying health conditions who are young or elderly — are at risk of illnesses including heat stroke and heat exhaustion. In the US, more than 1,300 people die each year from extreme heat, according to some estimates. (Check out this helpful chart that details the symptoms and what to do if you have them.)

Heat waves also threaten the natural world. They can kill livestock and wild animals. Last summer, for example, a heat wave in the Pacific Northwest killed hundreds of millions of marine creatures, scientists estimated. During the recent European heat wave, water temperatures in the Mediterranean were 9°F above average.

“Heatwaves are now regularly occurring that exceed the physiological thresholds of some species,” wrote authors of a recent report by the Intergovernmental Panel on Climate Change. In other words, heat waves have become yet another threat to plants and animals, many of which are already at risk of extinction.

The world has warmed by 1.1°C (roughly 2°F) since the dawn of the Industrial Revolution. And while that increase might sound modest, it makes extremes much more likely — just check out the graphs below.

Any one can be devastating. Just last month, a severe heat wave fueled by climate change struck India and Pakistan, a region home to 1.5 billion people.

What’s especially alarming, according to climate experts, is that these events are happening earlier in the year, when people, cities, and the infrastructure they depend on might not be prepared for extreme heat. “Heat waves that occur earlier in the spring or later in the fall can catch people off-guard and increase exposure to the health risks associated with heat waves,” the EPA writes. (As it gets hotter in a season, people’s bodies can physiologically adapt a bit to cope with heat, but the process takes time.)

The good news is that meteorologists can, to an extent, forecast extreme weather, and climate models are improving. The National Weather Service issued a report in May indicating that June would be hot.

The problem is that much of the world’s infrastructure, policies, and planning is based on historical averages — and it’s clear that the future won’t look like the past.