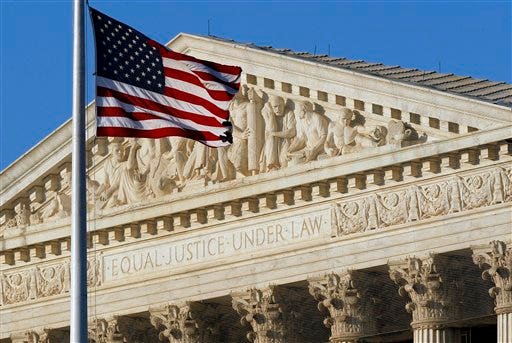 The case currently before the court, Carson v. Makin, pits Maine parents who want to use the state’s voucher program to send their children to religious schools against a 1980 decision by Maine’s attorney general denying families that option.

The state’s counsel faced a grilling from the justices, with Justice Brett Kavanaugh saying, “I don’t see how you’re suggesting that the subsidy changes the analysis. That’s just discrimination on the basis of religion right there at that neighborhood level.”

SUPREME COURT SHOULD GIVE PARENTS MORE EDUCATION AND RELIGIOUS FREEDOM

The court’s skepticism continues a pattern of recent decisions where it has blocked states from excluding families who want to use vouchers or other school choice programs to send their children to a religious school.

Chief Justice John Roberts aptly summarized the court’s philosophy in his majority opinion for Espinoza v. Montana, “A state need not subsidize private education. But once a state decides to do so, it cannot disqualify some private schools solely because they are religious.” That is what Maine is trying to do, and the court must stand firm and rule for school freedom.

Defenders of the Maine law try to wiggle out of this by arguing that a distinction between “religious status” and “religious use” allows the state to discriminate based on use, but this distinction is an illusion. Status and use are interconnected and inseparable.

Under the state’s argument, a Christian charity could be barred from receiving government funds because their decision to operate a soup kitchen is religiously motivated. Justice Neil Gorsuch directly addressed this issue in his concurrence in Espinoza, arguing, “Calling it discrimination on the basis of religious status or religious activity makes no difference: It is unconstitutional all the same.”

The two Maine families suing the state believe that all children should have access to school choice. Right now, they are financially unable to do that because they can’t participate in the state’s school choice program. The families’ lawyers rightly argue that the state is forcing religious parents “to choose between their religious beliefs and receiving a government benefit.”

A ruling for the parents would be a huge victory for the parental school choice movement. Prolonged lockdowns caused by the pandemic forced many parents to reevaluate their children’s education and move them out of struggling public schools. The preliminary research shows that lockdowns and restrictions may cost students $61,000 in lifetime earnings and the economy about $150 billion a year.

One of the best ways to help get children back on track is to provide families with flexible educational options. Every child learns differently, and some children whom pandemic lockdowns have hurt would be better served in private schools where they can get individualized instruction. Unfortunately, many families can’t afford tuition at private schools and feel trapped in public schools, which are currently straining under a teacher shortage.

Evidence supports the efficacy of school choice programs. Greg Forster at the Friedman Foundation evaluated dozens of studies on school choice. He found “the empirical evidence shows that choice improves academic outcomes for participants and public schools, saves taxpayer money, moves students into more integrated classrooms, and strengthens the shared civic values and practices essential to American democracy.” Another study by the Urban Institute concluded that students participating in a voucher program were more likely than their peers to graduate high school and attend college.

The Supreme Court has a chance to strike a blow for parental school choice that will be heard across the nation. Ruling for the families will pave the road for robust parental choice programs that help all families take control of their children’s education.