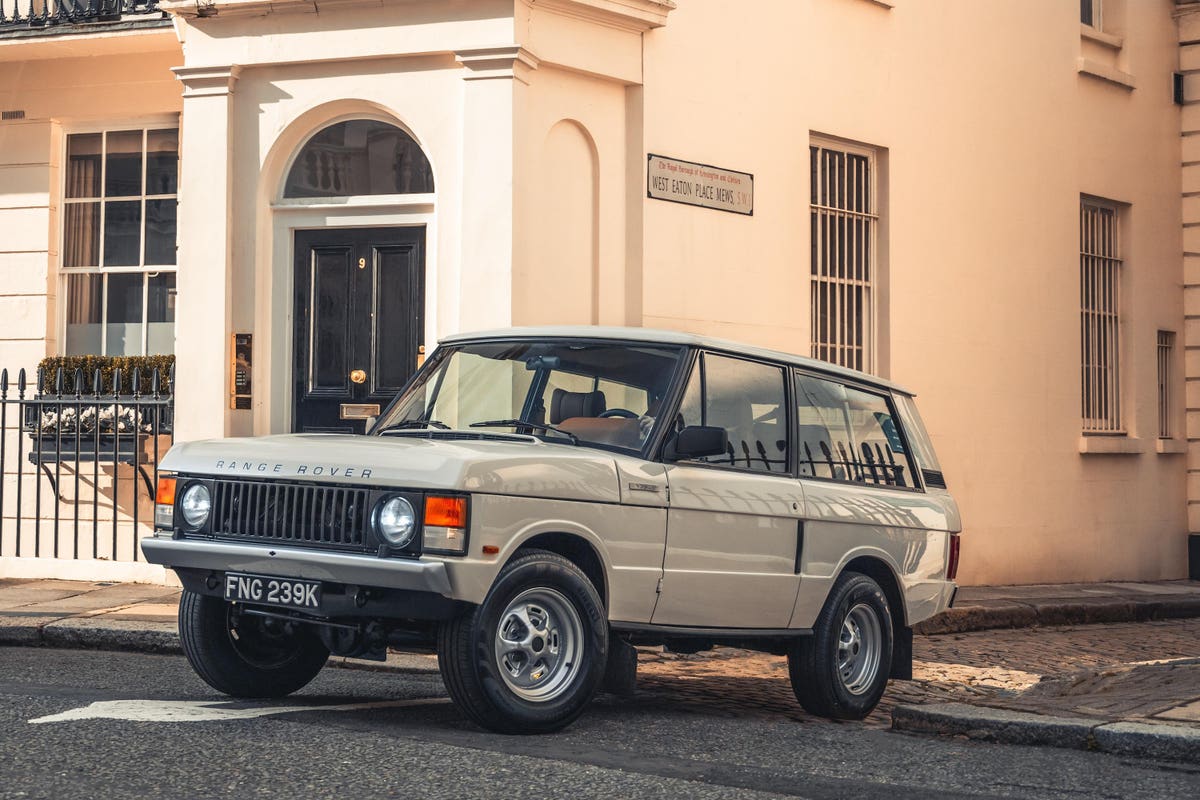 The trend for restoring and modifying classic cars to make them more usable in the modern world shows no signs of abating. The latest example is the ULEZ Reborn Range Rover Classic by Kingsley Cars.

First, a bit of nomenclature admin for readers outside of London. ULEZ refers to the capital city’s new Ultra Low Emission Zone, where drivers of non-compliant cars are now charged daily to drive almost anywhere in London. But because the charge doesn’t apply to classic cars – those that are 40 years or older – a Range Rover from 1981, even with a big V8 engine, is exempt. Hence Kingsley calls this the ULEZ Reborn.

More of a restoration than a modification, this restomod Range Rover looks just like it did when it left the factory four decades ago, but with a whole host of technical improvements hidden beneath the surface. First, the car is stripped to the bare shell, rust is removed and the metalwork is treated to prevent it coming back. On that note, Kingsley sources many of its donor cars from warm and dry countries where rust is less of an issue.

A 4.0-liter V8 engine is fitted as standard, with the option for a 4.6-liter V8 motor increasing output from 223 to 274 horsepower. Both drive through a modern ZF automatic gearbox.

Standard-fit features provided by Kingsley include heated seats and front windshield, electric windows and mirrors, and a leather interior. But head over to the optional upgrades list and things get much more interesting. Here, as well as the larger-capacity V8, Kingsley can fit a big brake kit, forged aluminum wheels, LED headlights, a 700W sound system with digital radio, touchscreen and Apple CarPlay, wireless phone charging, cruise control, ambient interior lighting, power steering and an electric sunroof. There’s even the option for parking sensors, a rear camera and a pair of iPads to keep rear seat passengers entertained.

It’s a list of features that wouldn’t look out of place on a brand-new Range Rover, yet the discreet application of these upgrades ensures the ULEZ Reborn looks every bit the 1980s classic.

This is both a good and a bad thing. The three-door demonstrator driven here is remarkably compact by today’s standards, yet still feels light and roomy thanks to the thin pillars and tall glasshouse. Visibility is superb and the car is very easy to drive through congested city traffic. But, being a product of the Eighties also means the switchgear looks and feels every one of its 40 years, and the ride could be somewhat wayward if it wasn’t for the ‘Fast Road Suspension Kit’ fitted to this example.

It’s still a soft and spongy ride by today’s standards. But that doesn’t necessarily mean today’s trend for overpowered SUVs sat on massive wheels and low-profile tires, with firm sports suspension, is the right way to go. The Kingsley is far more composed than an original Range Rover Classic, but it’s still effortlessly comfortable and a real joy to put miles on, both in city traffic and on the flowing highway.

My drive begins in Battersea, South West London. The original plan to complete a lap of central London, passing as many landmarks as possible, is quickly ditched in favor of dodging traffic and heading out of town. With a photographer for company, I head across to Wimbledon, join the A3 and drive south to Epsom, Surrey. It’s a journey that demonstrates how easy the Reborn is to drive in traffic – it’s over a foot narrower than the 2022 Range Rover – but also how it’s a comfortable cruiser, too and refined at highway speed. Despite its age, I could happily cover hundreds of miles at a time in here; ears serenaded by the V8, nose treated to the acres of leather upholstery.

Although electrically assisted, the steering isn’t as light as that of a modern luxury SUV; it’s connected to a wheel you turn with your hands, not your fingertips. That’s no bad thing though, as it makes the drive more involving and rewarding as a result. Same goes for the chunky gear selector.

And doesn’t it look good? There’s something about older cars presented in immaculate condition, then driven across town seemingly without a second thought, that is so very cool. It sends a clear message of intent from a driver that is doing so, not because they can’t afford a new Range Rover, but because they get joy from an old one.

Bypassers nodded and smiled as I steered the Kingsley Reborn through residential streets, the character of the car – aided in no small part by the lovely burble of the V8 – earning more appreciation than a modern Range Rover would ever get. And it does this while feeling utterly classless; those admiring smiles likely coming from people who have no idea how special this particular car is, or how much it costs.

The answer to that question, those familiar with the current restomodding scene won’t be surprised to hear, is rather a lot. UK-based Kingsley quotes a starting price of £125,000, plus a donor car, which the company can source for you. The options list then adds an awful lot more on top, including £7,800 for the beefier engine, £6,950 for the uprated brakes, £3,975 for the improved suspension, £1,204 for Apple CarPlay and £15,308 for the full-leather interior – and all of those are quoted before tax.

What Kingsley has done here is subtle but effective. The Reborn looks completely original on the outside, and as such oozes with classic car coolness. Then, instead of taking the Singer route of throwing $1m at all-new everything, Kingsley gives the chassis and interior just enough modern technology to make life easier and more comfortable, but without removing any of the original character.

It’s still very much a classic Range Rover, but one that drives the way you always hoped it would. It also has all the must-have modern amenities, like CarPlay, parking sensors and a quality sound system, that turn a 40-year-old car into something you could genuinely drive, and enjoy, every day.