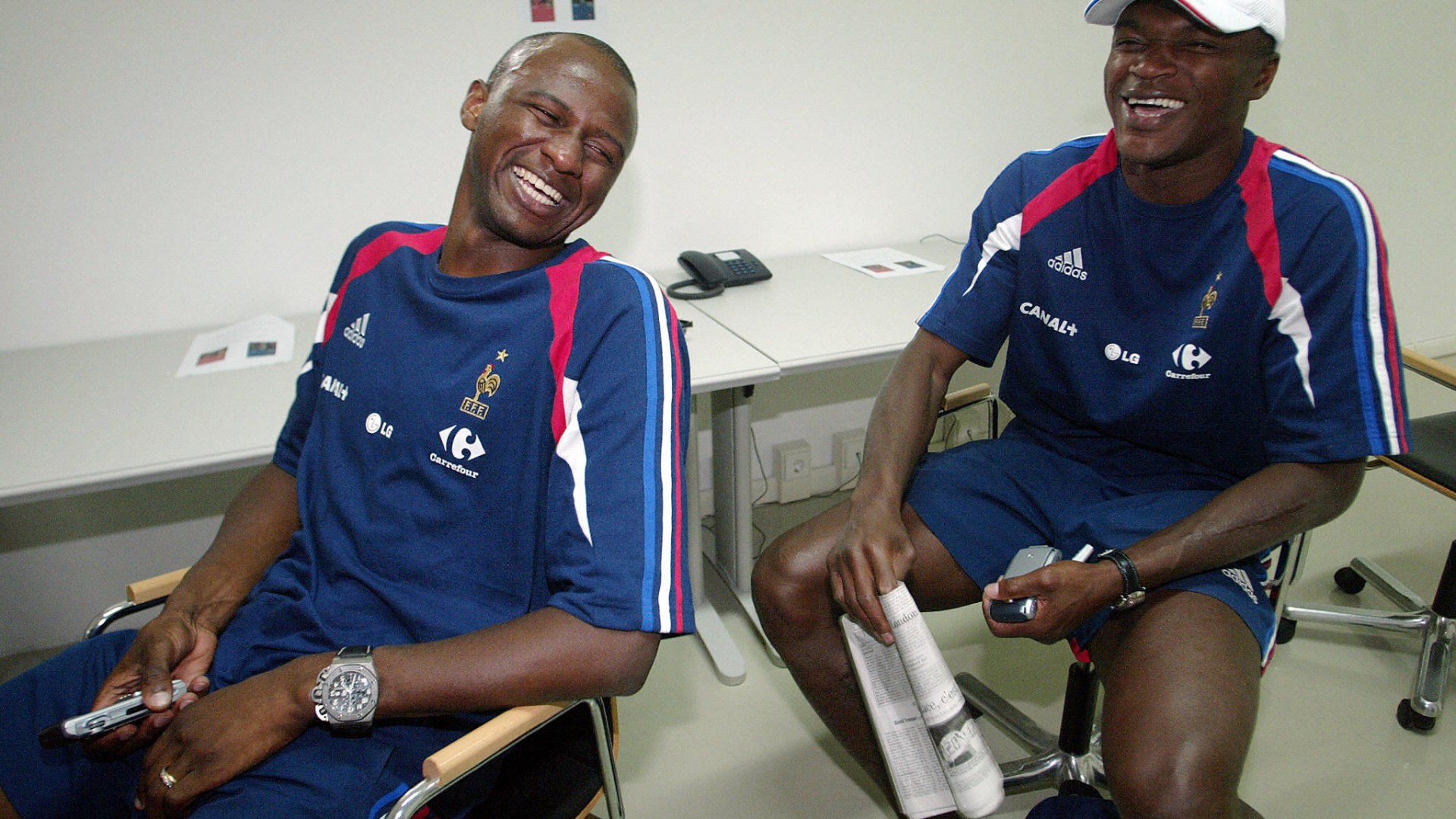 It’s not every day you get to meet your heroes.

But for talkSPORT caller Steven, he certainly made sure he took his chance to chat to former Arsenal star Patrick Vieira and ex-Chelsea man Marcel Desailly by the scruff of the neck – when on holiday with his wife!

Paul Hawksbee and Charlie Baker had asked callers to get in touch to tell them their stories of when they’ve dined with footballers.

And Steven told the hilarious tale about when he went away with his wife Deborah to Rome about 15 years ago.

“We were sitting outside, having some drinks and waiting for our food to come, and walked by Patrick Vieira with Marcel Desailly and their wives,” he explained on Tuesday’s Hawksbee and Baker.

“He’s [Vieira] looked at me, I’ve looked at him, he doesn’t know who I am, I said ‘Hi Patrick, how are you?’, he went ‘Hi’, and I just walked past and went into the restaurant.

“I then said to my wife ‘I must go to the toilet’, but I walked inside and sat down with them [Vieira and Desailly] for about an hour.”

Hawksbee and Baker cracked up at Steven’s story, joking that it must’ve been very romantic for his wife that he’d left to her own devices.

“I don’t know what she was doing!” Steven responded.

The talkSPORT hosts cracked up again.

“We had a lovely romantic trip to Italy and he cleared off for an hour with Patrick Vieira and Marcel Desailly!” Hawksbee laughed as he tried to keep it together.

As if disappearing for an hour wasn’t hilarious enough, Steven hadn’t even told his wife the truth upon his return, maintaining he’d be in the toilet the whole time.

“We were talking everything about football obviously, I bored their wives to tears, came back out and she [my wife] said to me ‘where have you been?’

And they say romance is dead!