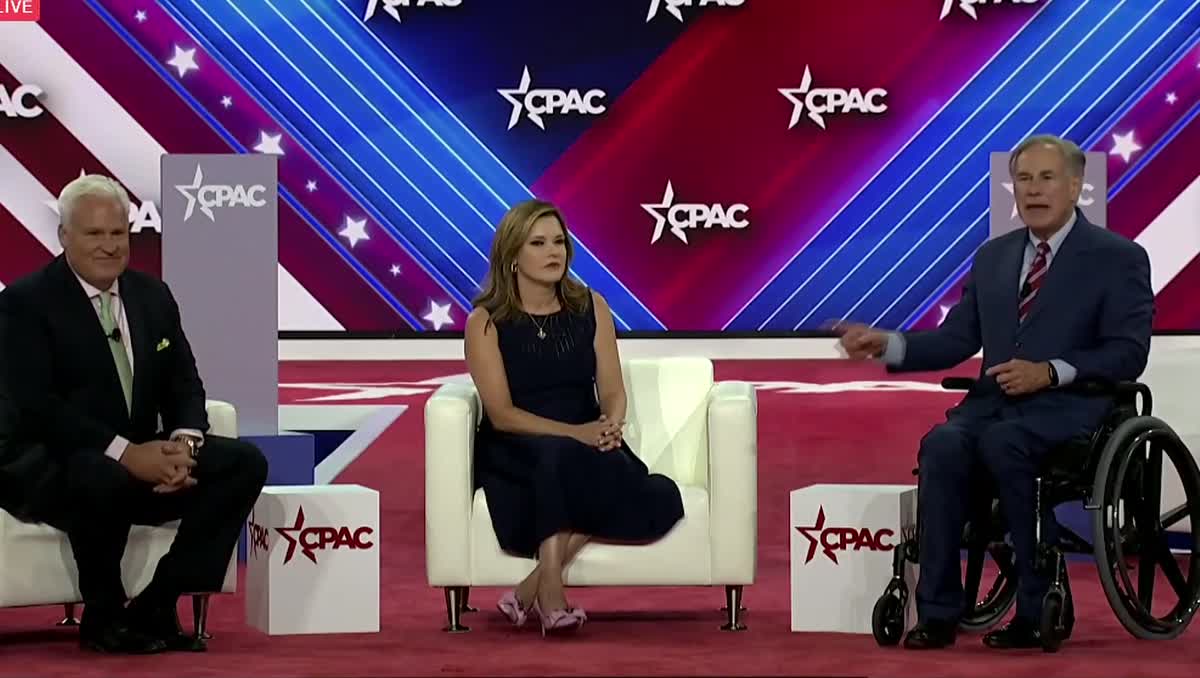 During his CPAC interview, Gov. Abbott asked supporters if they wanted to help Texas out by purchasing border buses to “own the libs” in Washington DC.

Abbott was hosted by Matt Schlapp, the newly-admitted white supremacist, when the discussion turned to immigrants they put on buses.

After bragging about sending migrants to DC on buses where they landed in homeless shelters and with no plan other that to cause havoc and torture on these people and the east coast, Abbott said more buses are on the way.

“There are more buses on the way as we gather at this conference today.”

Then he made his pitch.

“If you want to pitch in and help out you come buy your own border bus,” Abbott said stoically

Governor Popeil then gave the audience a website address to donate to.

“So you can help fund sending all these folks to Washington D.C. and make them deal with the problem,” Abbott said.

Begging for funds to humiliate migrants even more than what Republicans have been doing to them.

What a piece of excrement this man is.