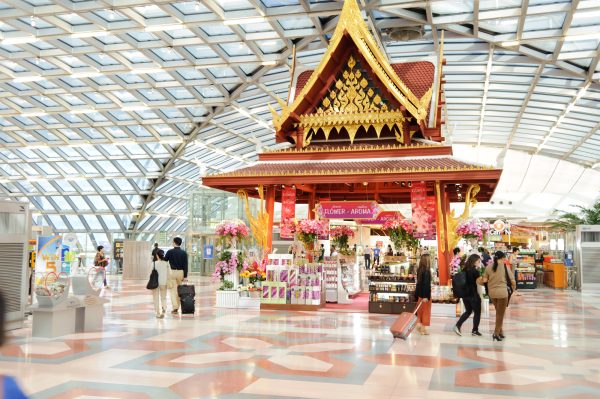 The move came a day after the country’s health authorities identified the first local transmission of the new variant.

The interior of Suvannabhumi Airport in Bangkok, Thailand.

Thailand has temporarily cancelled a COVID-19 quarantine waiver for foreign visitors and reinstated its quarantine requirement out of fear that the Omicron variant of the coronavirus will set off new waves of infections.

At the start of November Thailand reopened to fully vaccinated travelers from more than 60 countries, ending 18 months of border closures that gutted the country’s economically vital tourist industry. Under this “test and go” scheme, known officially as Thailand Pass, visitors were required to isolate for a night until they returned a negative COVID-19 test, after which they could travel freely around the country.

But government spokesperson Thanakorn Wangboonkongchana announced yesterday that the scheme will be suspended for at least two weeks to stem the spread of the Omicron variant. “This is not to shut off tourists but to temporarily suspend arrivals,” he said, according to the Associated Press. He added that the decision would be reviewed on January 4.

The spokesperson also announced the suspension of “sandbox” programs that allow visitors to roam around specific destinations while serving their quarantine, except for the resort island of Phuket, where the scheme was first introduced in July.

The 200,000-odd people who have registered for the Thailand Pass scheme but have not yet entered the country will still be permitted to arrive, the spokesperson said, and will be subject to a COVID-19 test on arrival and a second test seven days later. But the government will cease processing new applications under the entry scheme and any new visitors will have to undertake at least 7 days of hotel quarantine at their own expense.

While still relatively contained, the rise of Omicron has thrown up another obstacle into the path of the recovery of Thailand’s tourism sector, a crucial pillar of the country’s economy. Thailand attracted more than 40 million visitors in 2019, a number that dropped precipitously with the advent of COVID-19, contributing to the country’s most severe economic recession since the 1997 Asian financial crisis. Thailand’s economy shrank by 6.1 percent in 2020, according to the Asian Development Bank, which in September downgraded the projected growth for 2021 from 3 percent down to just 0.8 percent.

The reinstitution of mandatory quarantine bucks the generally downward trend of COVID-19 infections in Thailand. The country recorded 2,476 new cases and 32 deaths yesterday, down from a peak of more than 20,000 in August. After a slow start, the country’s vaccination effort has picked up, with 63 percent of the country’s population now fully inoculated, and a further 8.9 percent having received their first dose, including much higher proportions in popular tourist destinations such as Phuket, Bangkok, and Chiang Mai.

While the Omicron variant remains relatively well contained, Thailand’s tourism authorities are assessing, probably correctly, that (another) dose of economic pain in the short term will ensure the sustainability of the country’s reopening. At the same time, it is hard to see an end to the threat posed by COVID-19. With Omicron and untold numbers of future mutations likely to remain a feature of life for the foreseeable future, the coronavirus is set to remain a near-permanent shadow over Thailand’s tourism industry.