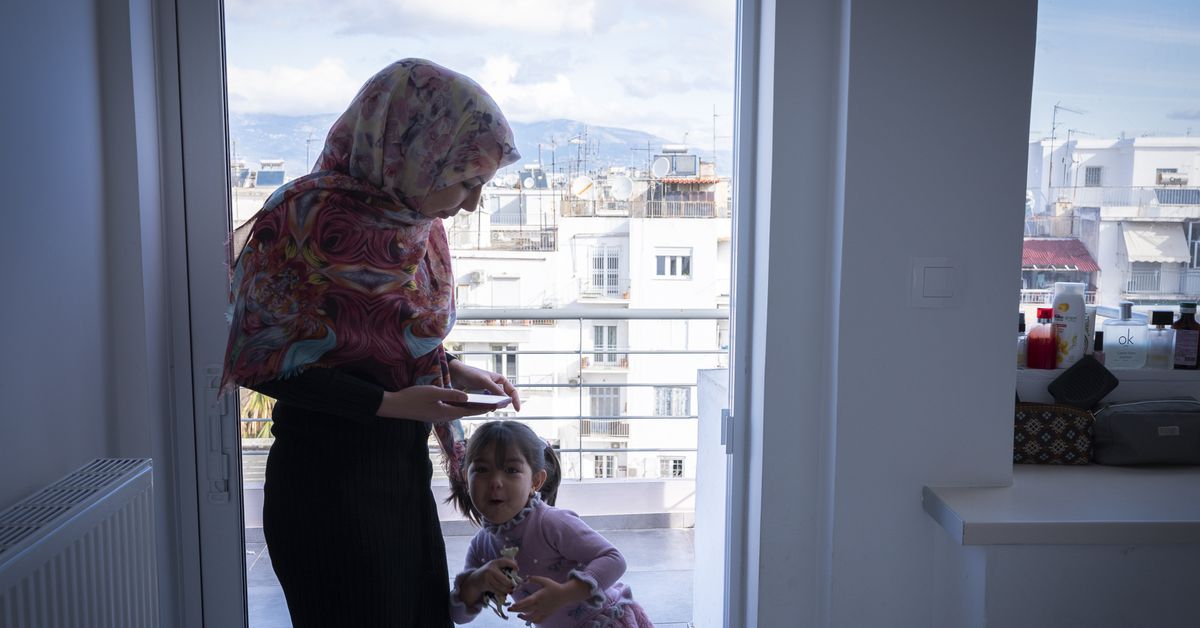 The war in Ukraine has captured the world’s attention, and that’s as it should be. The devastation is tragic, and it’s been heartening to see governments and ordinary citizens taking a real interest in Ukrainian refugees and giving generously to help them.

At the same time, we have to ask ourselves why we aren’t just as attentive and altruistic toward other refugees around the world in circumstances that are just as desperate. Many of us are donating time, money, and even Airbnbs to help Ukrainians — but how many of us have done the same for refugees from Iraq? Myanmar? South Sudan? Yemen?

“There’s been a lot of attention and compassion for Ukrainian refugees and it’s a stark contrast with other groups,” said Lamis Abdelaaty, a political scientist at Syracuse University who researches why the world treats some refugees better than others. “First of all, it has to do with the identity of the people who are fleeing from Ukraine. They’re seen as white and Christian. People tend to sympathize with refugees who they think share their identity.”

You may have seen discrimination on the basis of race and religion worming its way into media reports. Take, for example, NBC News correspondent Kelly Cobiella, who said that “these are not refugees from Syria, these are refugees from Ukraine. … They’re Christian, they’re white, they’re very similar.”

Or take CBS’s senior correspondent Charlie D’Agata, who said in Kyiv that “this isn’t a place, with all due respect, like Iraq or Afghanistan. … This is a relatively civilized, relatively European — I have to choose those words carefully, too — city where you wouldn’t expect that.”

Foreign policy is also a salient factor, as is justified moral outrage over the invasion of one country by another. “It matters that Ukrainians are fleeing an invasion by Russia,” Abdelaaty said. “Being especially attuned to them and welcoming them is a powerful way to condemn this aggression … to send a signal that you are on the side of democracy.” Governments as well as ordinary citizens have a chance to position themselves in a satisfying narrative: aligned with the Hero, fighting against the clear Bad Guy.

Nevertheless, Abdelaaty told me, “My hope is that this crisis will lead people to think deeply about why they empathize with certain people over others, and lead people to recognize that all refugees are equally deserving of our compassion.”

The myth of the “deserving” refugee

The number of forcibly displaced people in the world is at a record high — 84 million by last year’s count, more than the entire population of Germany, and more than double what the number was a decade ago. They’re fleeing their homes for reasons ranging from human rights violations (like in Afghanistan) to famines and floods spurred by climate change (like in South Sudan).

But depending on who these displaced people are and where they’re coming from, the world tends to look at them very differently.

“There’s a dichotomy that tends to be drawn between the ‘deserving’ refugee and the ‘undeserving’ migrant,” Abdelaaty said.

Under the 1951 Refugee Convention, ratified when the world was still dealing with millions of people displaced during World War II, a refugee is someone fleeing persecution that’s targeted to them as an individual based on their race, religion, or political opinions. Most Ukrainians actually wouldn’t qualify for refugee status, because they’re fleeing generalized violence, rather than being specifically targeted for one of those criteria, Abdelaaaty explained.

Yet governments and the media were quick to label them refugees — in stark contrast to the reaction in 2015, when there was a lot of hand-wringing about whether to call the people arriving in Europe “refugees” or “migrants.” The use of the term “migrants” to describe Syrians likely had a negative impact on public opinion about them.

Even now, Middle Easterners coming to Europe suffer from a double standard. Nowhere is this clearer today than in Poland. On that country’s border with Ukraine, Ukrainians are being welcomed with open arms. Meanwhile, on Poland’s border with Belarus, Syrians, Iraqis, and Afghans have been forcefully kept out; Poland is even building a $400 million wall to repel them.

“The fact that Ukrainians are being labeled refugees means, for many people, that they are deserving, because they’re being forced to move. Whereas in the popular parlance, people who are migrants are choosing to move and therefore they’re not deserving of our compassion,” Abdelaaty said. “But I would urge people to consider whether people who are moving because they’re fleeing crushing poverty or the effects of climate change are any less deserving of our compassion. I’d argue no.”

How you can help refugees effectively

All refugees need support, and most refugee crises are underfunded — especially those that have fallen out of the media spotlight or never captured it to begin with.

Before the war in Ukraine, 85 percent of the world’s refugees lived in low- and middle-income countries, often in far greater numbers than in rich countries. Turkey, for example, still hosts 3.6 million Syrian refugees. (The US, by contrast, settled fewer than 12,000 refugees altogether in fiscal year 2020.) These countries often don’t have the resources to support their own people, let alone millions of newcomers.

That’s why Helen Dempster, an assistant director at the Center for Global Development, says, “Countries neighboring Ukraine, such as Poland, definitely do require support, though I would argue not as much support as those low- and middle-income countries that have been hosting refugees for years or decades.”

UNHCR, the UN Refugee Agency, provides an annual list of the most financially neglected crises. Here’s the most recent list:

So how can you help people in these crises?

First of all, you can donate to organizations that are doing effective, transparent, and accountable work. Abdelaaty and Dempster recommended several options:

Beyond donations, you can play an important role by pressuring your government to provide enough aid for people on the ground — and to be receptive to newcomers who are arriving at your country’s borders. If you’re in the US, for example, here are concrete things you can do:

Finally, you can volunteer your time and energy to help refugees settle into their new lives.

In the US, the official resettlement infrastructure was decimated under the Trump administration, and it still hasn’t recovered; the Biden administration has arguably been too slow undoing the damage. A huge backlog of refugees need to have their applications processed and then be integrated into new communities. Investing in rebuilding the refugee resettlement infrastructure is a key step to addressing the backlog that’s preventing thousands of people from restarting their lives in the US.

At the end of the day, donating, advocating, or volunteering in any of the ways listed above is a valuable way to make a difference. Refugees need immediate support when they’re fleeing a nightmare on the ground; they need advocates to shape welcoming policies at their destinations; and they need assistance settling in when they reach their new homes. All of these roles are important.

So if the heart-wrenching war in Ukraine has strengthened your desire to reduce the suffering of refugees, it’s worth trying to expand the circle of compassion to include refugees beyond Ukraine, and get to work helping them, too.