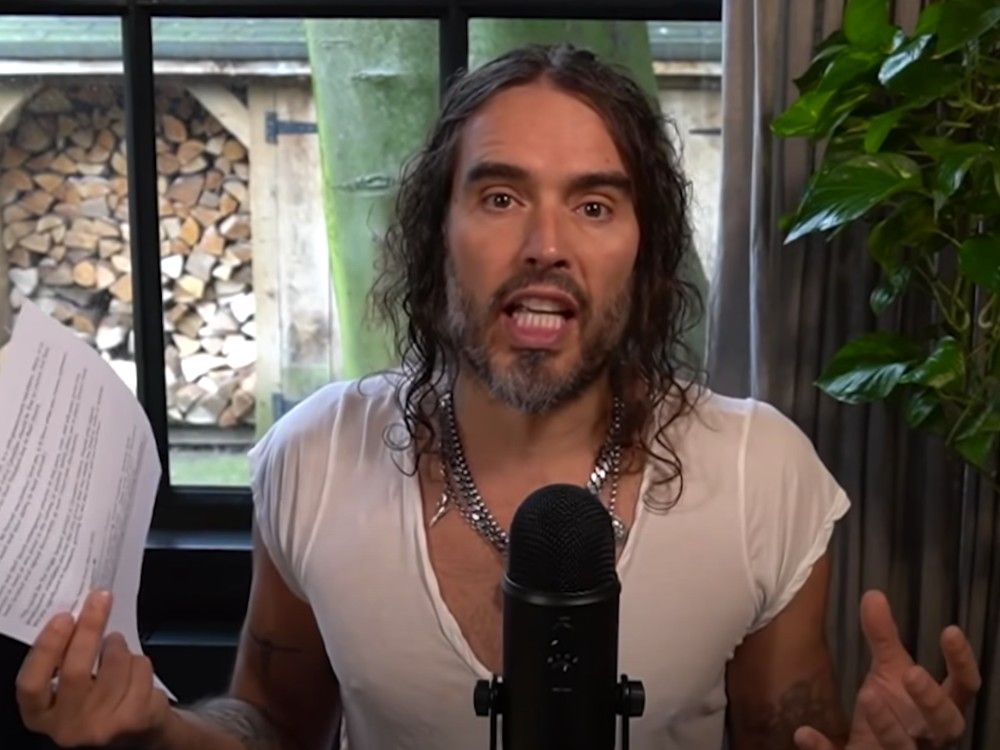 As hundreds of protest truckers converge on Ottawa with a demand to immediately lift all COVID restrictions, it’s caught the attention of foreign anti-mandate sympathizers who are framing Freedom Convoy 2022 as a popular uprising against the pandemic strictures of Prime Minister Justin Trudeau.

The most notable supporter has been billionaire Elon Musk, founder of Tesla Motors and SpaceX. Musk is himself vaccinated against COVID-19, calling the science “unequivocal.” In interviews last month, however, he said vaccine mandates constituted an “erosion of freedom in America.”

On Thursday, Musk offered a rather oblique endorsement of Freedom Convoy 2022 with a tweet reading “Canadian truckers rule.” He later added “CB radios are free from govt/media control” and “Je m’aple syrup.”

Podcaster Joe Rogan, who regularly sees downloads of up to 11 million per episode, gave the convoy one of its biggest platforms when he mentioned it to Canadian guest Valentine Thomas. “Your country is in revolt,” he said. “It’s a giant convoy of trucks. That’s apparently some insane amount of people.”

On Thursday, English comedian Russell Brand posted a dedicated YouTube video — now with 750,000 views — accusing the mainstream media of “blacking out” coverage on the convoy.

“There’s a great big convoy heading across Canada to protest vaccine mandates,” said Brand. “The main question I have is how come the truckers go from being heroes one minute when they’re delivering vital goods and services, to being loathed if they won’t participate and capitulate according to the will of the powerful.”

Brand has emerged as a prominent opponent of COVID strictures during the pandemic, and has previously cut videos warning of a “vaccine apartheid” as a result of vaccine passports.

Silicon Valley technologist Aaron Ginn has also become an emerging figure among mandate opponents, and had his blog removed from Medium in the pandemic’s first months for questioning the utility of lockdowns.

Ginn has been signal-boosting the trucker convoy all week, in one post writing “the Canadian revolution against the COVID police state grows.”

Donald Trump Jr., son of the former U.S. president, was one of the first American public figures to mention Freedom Convoy 2022 on his social media channels.

Like his father, Trump Jr. has often received criticism from within U.S. right-wing circles due to his full-throated support of COVID-19 vaccines, the development of which were championed during Donald Trump’s presidency.

Nevertheless, he has opposed vaccine mandates, including the Jan. 15 mandate on cross-border truckers that first inspired the convoy. “There are truckers getting together to fight against medical discrimination,” he said in a Facebook video. “This is a genius idea; we need to see more of this in the U.S.”

Actress Gina Carano was fired from her role in The Mandalorian last year over an Instagram post claiming that hating someone for their political views was akin to German anti-Semitism that ultimately led to the Holocaust. She has since been developing films with The Daily Wire, a U.S. conservative media outlet.

Against a video of truckers passing highway overpasses thronged with supporters, Carano declared it “absolutely incredible!!”

SNL alumnus and Deuce Bigalow actor Rob Schneider was an opponent of childhood vaccinations long before COVID-19, and has been known to repeat the oft-debunked claim that the MMR vaccine causes autism. He’s been similarly against the COVID-19 shots, referring to them as “unapproved experimental gene therapy.”

On Thursday, Schneider was tweeting his support of Freedom Convoy 2022, and directly referencing Trudeau’s claims from earlier in the week that the protest constituted a “small fringe minority.”

“Trudeau may have to redefine what a ‘small fringe minority’ is…. It’s stretching from Manitoba to Ontario!” wrote Schneider.

Since even a single hatchback could technically stretch across the Manitoba/Ontario border, the actor later clarified that trucks were stretching from the “BEGINNING of Manitoba to Ontario.”