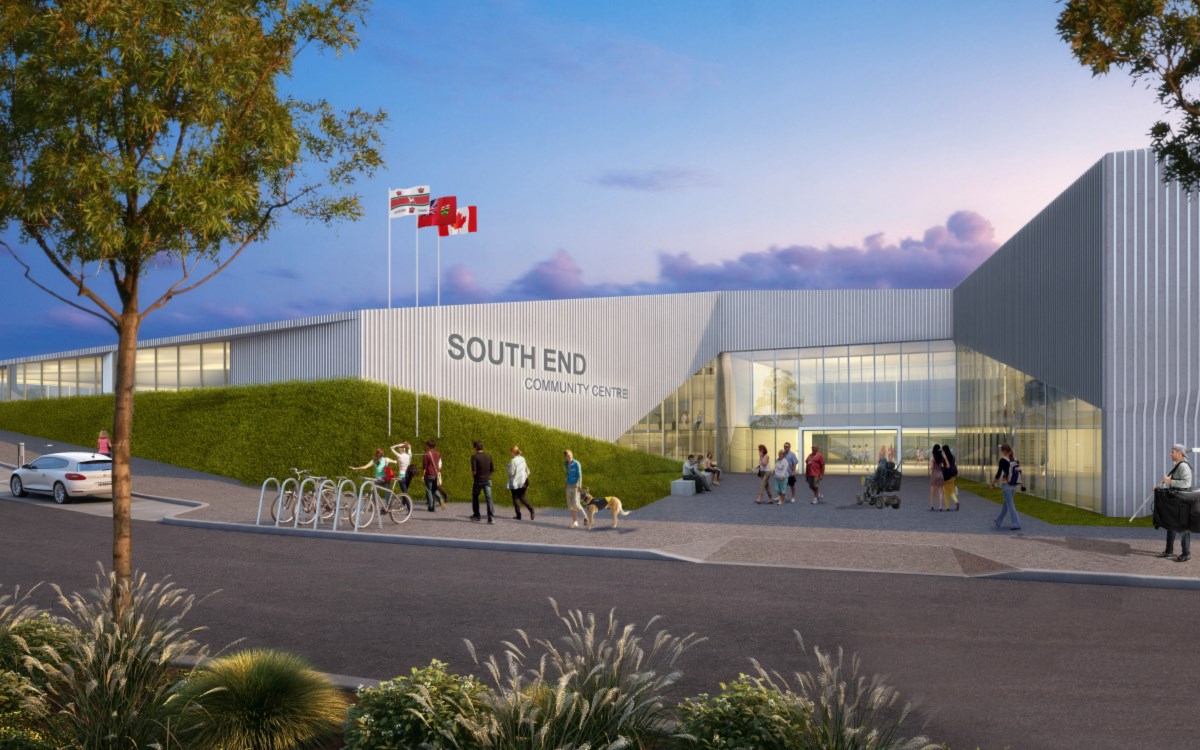 This week’s Market Squared will consider again how growth doesn’t pay for itself, even when we’re hit by inflation

Mayor Cam Guthrie took to social media last Friday to get ahead of the story. This is a strategy that sometimes works for the mayor, and whether or not it works this time is still to be determined, but last Friday, live from the council chamber, Guthrie warned that tenders for the South End Community Centre construction came in 50 per cent over council’s approved $80 million budget.

This would be confirmed later that day by an information report to council, but within those few hours the proverbial cat was out of its equally proverbial bag. The narrative was set in motion: Here was another fine capital construction screw up laid at the feet of those morons on city council!

First, the narrative that our spend-thrifty council has bungled up another capital project is not even half right. No shovels are in the ground yet, so any comparisons to the city hall and police headquarters projects are moot.

Second, the reason why you’re thinking about those two projects is because they’re the outliers. Our brains tend to make us think that the exception is the rule as opposed to the exception proving the rule, but whether we’re talking about Market Parkade, the Victoria Rec Centre renovations, or dozens of road construction jobs every year, Guelph capital projects tend to come in on time and on budget.

Third, the fact that the South End Community Centre tender came in over budget is not a new development. The Speedvale bridge project was recently put on pause because the lowest tender there was also way over the approved budget for the job.

In should come as no surprise that construction now costs more. From labour to supplies to the cost of transportation, prices have been going up all over. Building a deck in 2022 is going to be way more pricey than building a deck in 2019.

So do we just eat the extra cost?  We might have to.

Are these prices going to go down in the short term? Is there going to be any kind of immediate relief on any of the inflationary pressures? We’re acting like the pandemic is over, but that’s not certain, and the worldwide geopolitical situation is far from stable. Who knows where we’ll be next month, let alone next year?

We could hit the pause button. It’s an option, but when was the last time waiting for the right moment to start a construction project resulted in savings, or at least didn’t cost more money than originally planned. That new main library you rage against cost just $10 million 15 years ago, and that was too much money for some people at the time.

One might also make the argument that delays have repeatedly compounded the cost of these projects. How long have we been waiting for that South End Community Centre? And think about all those heritage buildings we love and want to save, what are they but examples of the cost of waiting?

Think the private sector wants to help? I see a lot of people talking about pouring private money into civic infrastructure projects, but there’s already lots of evidence that shows growth doesn’t pay for itself when it comes to servicing infrastructure. And last year, when the city sought private partners to save the Drill Hall, there was lots of interest in the land, but not in the heritage building that sits on it.

But this is tiptoeing around the biggest driver of our affordability issues, and that’s housing.

The city has no bearing on housing at all. It can’t set housing prices, it can’t build or administer its own housing, and it doesn’t exactly control when and how things get built. See recent Ontario Land Tribunal decisions for developments on Whitelaw Road and Fountain Street.

Supporting all the new housing though rests entirely on the shoulders of the city and its tax base. No development proposal comes with a new school or community pool, and as previously stated they don’t even completely cover the costs of roads and sewers either. As housing grows exponentially, and frankly unchecked, it’s getting harder and harder for services to keep up.

This is not a new story. In Milton, rapid growth outpaced the municipality’s ability to support it; the one GO station is overwhelmed, their schools have as many portables as actual classrooms, and they’re behind on road projects to help the flow of traffic.

Milton is the warning of what happens when growth overwhelms a city because investments in infrastructure can’t keep up. It’s why Milton is just a place where people live and feel no real sense of identity or belonging, which is also partially why people find themselves moving further west to Guelph, and Waterloo Region.

It’s the worst-case scenario, in other words. Are we smart enough to avoid it? Stay tuned.