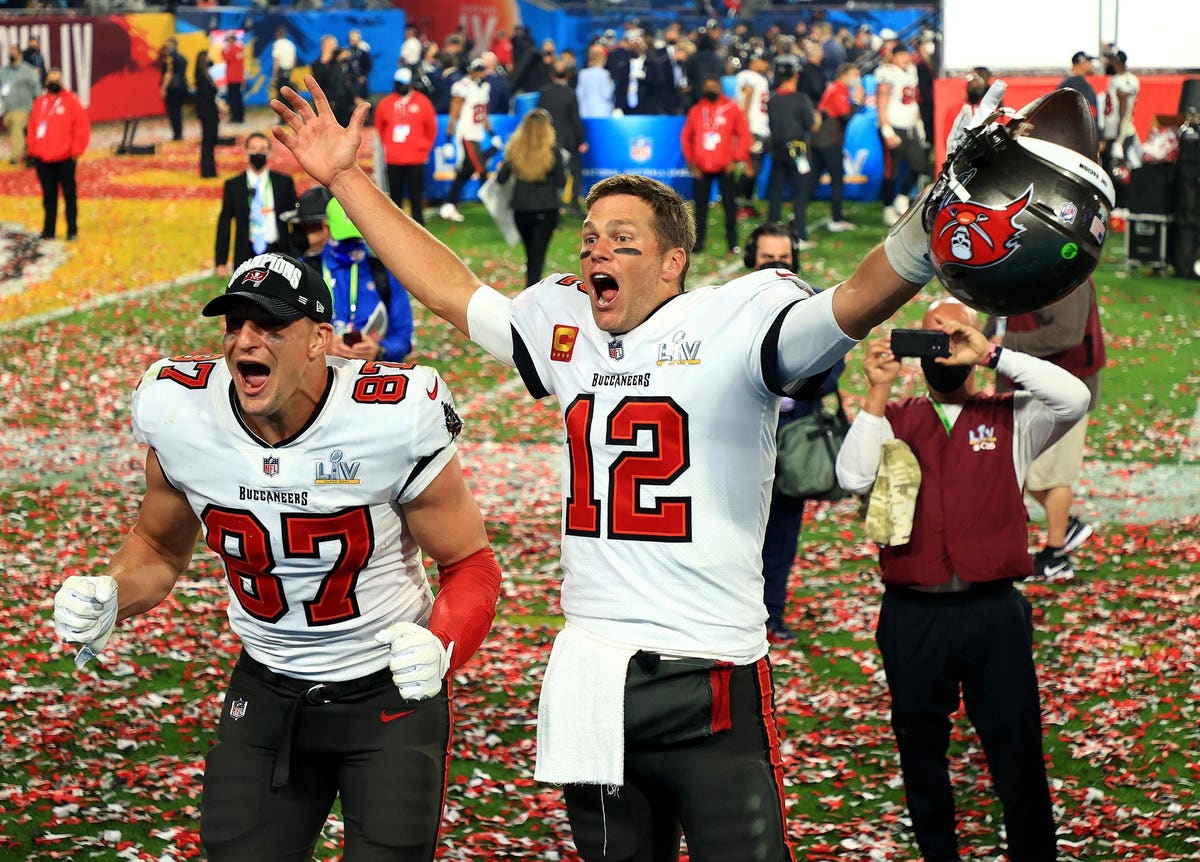 On Thursday, March 10, a new customer came into the SuperBook at Westgate Las Vegas and asked to put down $8,000 on the Tampa Bay Buccaneers to win the National Football Conference next year at 12-1 odds, which would net $96,000.

One of the risk management employees asked the sportsbook director John Murray if they would take the man’s bet and he said, “yes.”

Earlier that day in New Jersey, a customer put $1,000 on 60-1 odds for the Bucs to win Super Bowl LVII and $1,000 with 30-1 odds for them to win the NFC. The sportsbook’s radar was up, so the oddsmakers adjusted the odds to 25-1 and 12-1, respectively. By Sunday night, not even two months after announcing his retirement, Tom Brady took to Twitter to say he was coming back to play a 23rd season.

“These bets came in all over the country, all on the same day, and then three days later, a guy that some people consider to be the greatest player in the history of the league unretires,” says Murray. “Could it be a coincidence? Yes. And do I have any proof that it’s not a coincidence? I absolutely don’t. I’m only going off experience and I just I find it to be a suspicious bet.”

Murray says they’re not “losing any sleep” over it. The sportsbook has 11 months before the next Super Bowl anyway. But Murray can’t get over the feeling that “somebody was aware of something on this one.”

The Las Vegas Review-Journal was first to report that Vegas sportsbooks viewed the series of bets as suspicious.

On the same day over at the South Point in Vegas, another man placed a large bet for the Buccaneers to win the Super Bowl at 50-1 odds. Later on, the odds lowered to 30-1 and then 25-1 and the bettor came back and placed bets for “decent amounts,” says sportsbook director Chris Andrews.

“It raised my eyebrows,” says Andrews. “I’m not going crazy on this—right now, we lose more on Buffalo winning the Super Bowl than I do on Tampa Bay. I got 11 months to figure this out. But we feel like there’s something nefarious that went on.”

Andrews says they took the bet and that’s it; sometimes oddsmakers get beat. “The fact is that a Tom Brady team would never be 50-1 to win the Super Bowl, so he got a hell of a bet,” Andrews says. “But I don’t feel as bad as the guy who paid $518,000 for Brady’s last touchdown ball.”

At the Rampart Casino in Vegas, Duane Colucci, the race and sports manager, said they saw an unusual uptick in bets on the Bucs to win the Super Bowl and the NFC as well. The bettors were almost all new customers, which is unusual for a local joint like the Rampart. “In hindsight, somebody knew something,” Colucci says, explaining his book has a mid-six-figure range liability.

Jay Kornegay, the vice president of the SuperBook at Westgate Las Vegas, says it’s not about the liability attached to the wagers. “We’re not concerned about that at all,” he says. He’s more concerned that the information got out there and high-end bets started trickling into sportsbooks across the country. Kornegay says the NFL does a great job policing for integrity, but he wants to see confidential information, whether its injuries, which players have Covid, or whether someone is going to come out of retirement, be treated as confidential information, or public information. “Either we all know it, or nobody knows it,” he says. “Transparency is a key.”

Sportsbook directors do see a silver lining with Brady returning to the gridiron. Brady draws crowds and his team can go all the way to the Super Bowl. “It’s not exactly the worst thing for us to have another season of Tom Brady,” says Murray. “Tampa Bay is going to be in all these primetime games, which are going to be some of the most-watched, highest betting handle games of the year. It’s not exactly a negative, not from our perspective.”

For veteran professional sports bettor Bill Krackomberger, he doesn’t see what all the fuss is about. He makes a living by betting with information while the books accept the risk of posting futures before the off-season free agency is over.

“Gambling is a dog-eat-dog world,” says Krackomberger. “The players are trying to find an edge where they can, and the books are trying to beat them to it.”