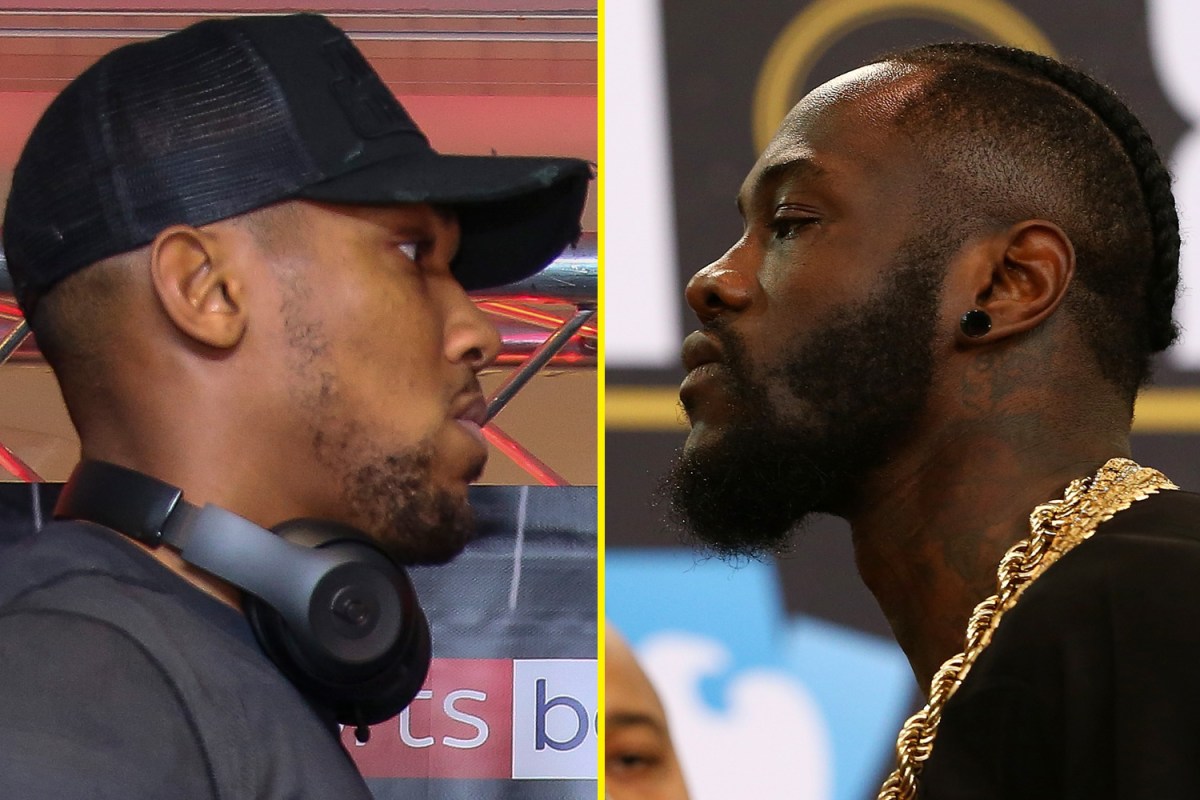 With boxing’s biggest names such as Tyson Fury, Canelo Alvarez, Anthony Joshua and Terence Crawford generally only fighting once or twice each year it’s crucial each bout counts.

So these are the ten most fascinating fights global boxing can deliver in 2022, from heavyweight right down to super-bantamweight. talkSPORT has chosen all new match-ups (so no Inoue-Donaire II, Canelo-Golovkin III or Chocolatito-Estrada III) and weirdly doesn’t seem to contain Jake Paul anywhere. There must be some mistake.

It may not feature the two best heavyweights in the world but this mouthwatering slugfest is the division’s most exciting match-up. Both are enormous punchers, both are vulnerable, so you simply couldn’t blink for however many rounds – or minutes – this lasts. Britain’s Joshua is more polished but Wilder is more committed to his style, i.e. loading up with every haymaker. With the American now 36, we have to see this mega fight before it is too late.

When Eubank Senior said his son could KO Golovkin in 2015 the world wondered if ‘English’ had swallowed his monocle. But in 2022 it’s a more even middleweight contest. Golovkin is 39 and his career has stagnated since those two epic contests with Canelo. Love or hate Junior, this is ideal for both: an attention-grabbing fight for GGG and a chance for Eubank to finally make his mark. Jermall Charlo vs Demetrius Andrade may be the fight at 160lb, but this has terrific appeal.

‘The Monster’ Inoue has struggled to find elite opposition since his 2020 war with Nonito Donaire. Unbeaten US rising star Fulton is the man to provide it. It means Inoue moving up to a fourth weight class (he started at 108lb) which might negate his devastating punch power. But the versatile Fulton, who can box and brawl, still might not want to test his chin against Japan’s ice-cold banger. A bout that either cements Inoue’s greatness or crowns a new superstar in Fulton.

Two hot-tempered but elite-class boxers. Scotland’s Taylor has beaten the best at 140lb and, providing he isn’t upset by Jack Catterall in February, urgently needs challengers. Lopez is moving up from 135lb having suffered his own upset to George Kambosos Jr. But if ‘The Takeover’ can learn the lessons from that defeat and focus on his boxing, he has the size, skills and power to be a force at light-welterweight. This would be worth it for the verbal war even before the two trade blows.

Lightweight is a talent-stacked division and this classic boxer vs puncher match-up between two cocky American aces is one of the best it can deliver. Powerful 27-year-old ‘Tank’ Davis has been bouncing around divisions picking off belts but he needs to test himself against a top name. Enter Haney, the slick 23-year-old with the dazzling smile and skills. Haney has the height and a pinpoint jab but he can be wobbled and Davis is one of boxing’s most brutal finishers. Bring it on.

Two of the top three pound-for-pound fighters in women’s boxing just happen to be around about the same weight and – unlike several of the bouts on this list – this has a great chance of happening in 2022. Ireland’s undisputed lightweight champ Taylor hasn’t lost as a pro. Puerto Rico’s multi-weight world titleist Serrano, who is looked after by Jake Paul’s Most Valuable Promotions, is 42-1 and her lone defeat was a decade ago. Both boast an all-action style and while Serrano may be closer to her peak, Taylor boasts an incredible will to win.

A bout to settle the true lightweight No 1. Lomachenko looked close to his best in dominating Masayoshi Nakatani and Richard Commey last year. Teo Lopez was never going to give Loma a rematch (understandable) but his conqueror, Kambosos Jr, is unafraid of any challenge. Even in Australia, Lomachenko would start as favourite due to his otherworldly footwork and in-ring IQ. But the dogged, underrated Kambosos beat the man who beat Lomachenko. Game on.

Boxing’s biggest superstar possibly stepping up to cruiserweight was a surprising story late last year, but a far greater challenge awaits if Canelo heads back to 175lb. Artur Beterbiev is unbeaten, has a 100 per cent KO ratio and is the light-heavyweight top dog. The fearsome, bearded Russian overcame a horrific cut to KO Marcus Browne in December but – as good as he still is at 36 – Mexico’s Alvarez just keeps improving. Win this and Canelo is king of yet another division.

Any fight to settle the undisputed heavyweight world championship is a must-see, let alone one between two highly-skilled, charismatic, undefeated oddballs. The 6ft 9in ‘Gyspy King’ would be odds-on favourite due to his sheer size, but in former cruiserweight ruler Usyk, Fury would be facing something he never has before: a southpaw with sky-high talent, amateur pedigree and no fear of anybody. We may need to wait for Usyk-AJ II to happen first, but this is the contest boxing needs.

Neither fighter is as iconic as Floyd Mayweather and Manny Pacquiao but they are in danger of imitating those welterweight legends in one way: waiting far too long on a tantalising super fight. Switch-hitting Crawford is arguably the most skilled boxer in any weight class. Spence, three years younger at 31, is an unbeaten world champ and in most pound-for-pound top fives. They don’t like one another but ego and promotional issues have kept them apart. Spence has Yordenis Ugas next. A worthy challenger but Crawford is the showdown we all crave.