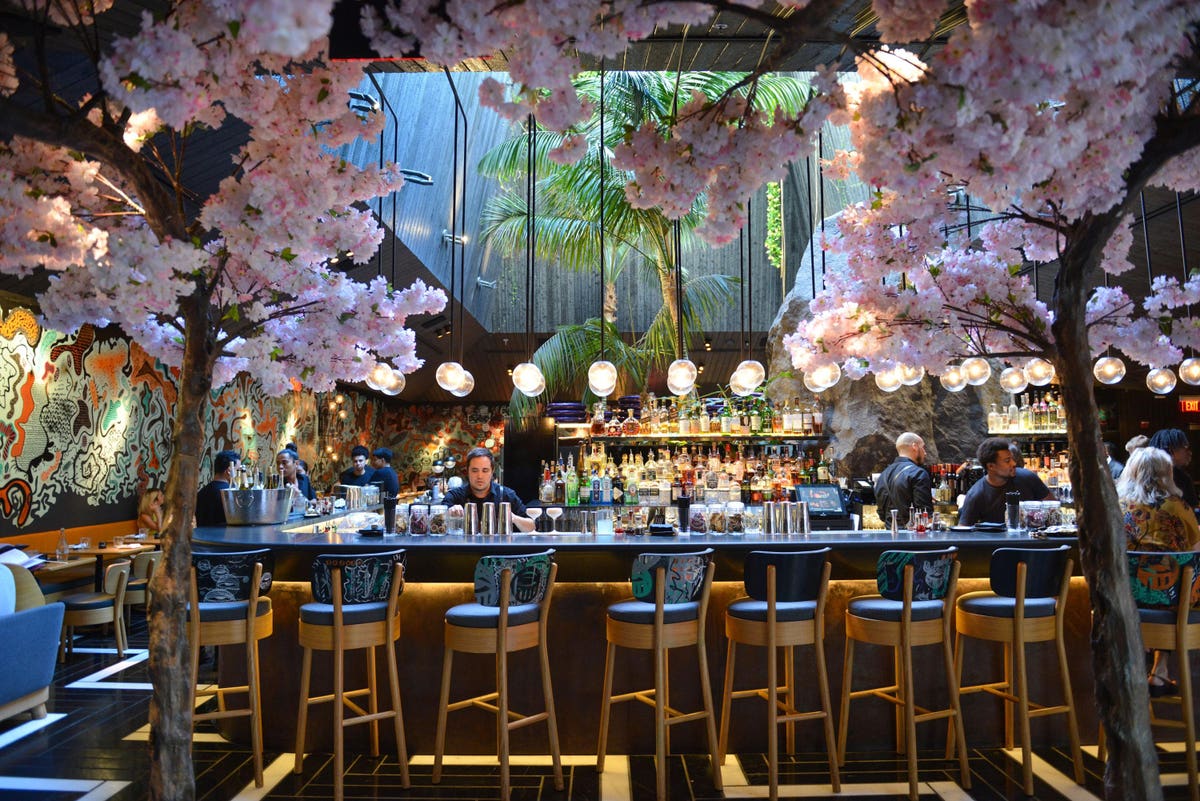 With buzzwords like Bitcoin, cryptocurrency, NFT and the metaverse becoming part of everyday vernacular, everyone from major corporations to entrepreneurs to the general public is starting to take notice. NFTs (non-fungible tokens), which are one-of-a-kind blockchain assets often connected to a form of digital art, have particularly exploded in popularity over the last year. According to DappRadar, which collects data across several different blockchains, NFT sales reached $24.9 billion in 2021, up from $94.9 million in 2020. As NFTs infiltrate every industry from art to music to real estate, it was only a matter of time before they broke into the food and hospitality sector.

In December 2021, celebrity chef Tom Colicchio announced via Twitter that he was entering the NFT space alongside “Top Chef’s” Spike Mendelsohn with CHFTY Pizzas, a release of 8,888 pizza-themed NFTs valued at around $200 each. Other celebrity chefs taking advantage of the NFT craze include Food Network’s Christian Petroni.

Some restaurants are taking the concept one step further, offering token holders exclusive memberships and perks as part of their NFT ownership. For example, in 2021, entrepreneurs David Rodolitz, Gary Vaynerchuk and chef Josh Capon announced their forthcoming venture, Flyfish Club, dubbed the world’s first-ever NFT restaurant. A Flyfish Club NFT grants the owner unlimited access to a members-only private dining venue in New York City along with a series of exclusive digital and in-person special events. Even though the exact location of the club, which is slated to open sometime in 2023, is still to be determined, all 1,500 NFTs released to the public sold out in minutes. Initial prices for the NFTs ranged from around $8,000 (basic tier) to $14,000 (premium tier), though their current resale values are going for nearly double those amounts.

But suppose you’re looking for an NFT with perks at a restaurant that is already open for business. In that case, you’re in luck: Chotto Matte, the pioneering global Nikkei dining destination with locations in London, Toronto and Miami Beach (and upcoming outposts in Doha, Riyadh, San Francisco and Beverly Hills), recently announced it would release its first NFT this April.

Dubbed “The Founder,” the NFT will be a one-time-release collectible chip card that grants its owner exclusive membership access with an array of bespoke benefits redeemable all over the world. Never-before-seen perks include personal invitations to every Chotto Matte restaurant opening around the world, plus first-class flights and five-star accommodations; an annual distillery, vineyard and premium farm visit; New Year’s Eve dinner invitation for six at any Chotto Matte location; an exclusive at-home experience with the restaurant’s executive chef; two tickets to one major sports event per year (FIFA, F1, boxing, etc.); and more!

The perks of The Founder NFT were designed to mirror the advantages accessed by Chotto Matte founder and owner Kurt Zdesar, a restaurateur with more than 30 years of experience in global hospitality.

“Innovation is a pillar of the Chotto Matte brand; from the menu to design, we always aim to push the boundaries,” Zdesar says. “After great successes in the U.S., Europe and Canada, the crypto space is another market I want to explore. It’s the future, and there is so much yet to be done!”

The Founder will be a Chotto Matte-branded digital wallet that the owner can access through a portal containing the list of their perks. When the owner wants to redeem a perk, they simply click on the event, and a team member from Chotto Matte will reach out to them to coordinate. There will only be one Founder NFT produced, and it is currently the only Chotto Matte membership available, adding to its exclusivity. However, as Zdesar explains, “This exclusive membership represents our first, but not our last, leap into the metaverse.”

The Founder NFT will be available for purchase on OpenSea for $1 million. To celebrate, Chotto Matte will host a special launch event at its Miami Beach location on April 5. The event aligns with Miami NFT Week and the Bitcoin 2022 | Miami Beach conference, which are expected to welcome thousands of crypto enthusiasts from all over the world.

The launch event will celebrate the restaurant’s entrance into the metaverse with live crypto-inspired performances. Individuals from the conference will be able to flash their Whale or Industry passes to unlock a secret curated menu showcasing the most opulent Nikkei dishes (available to purchase only in Bitcoin). “It’s guaranteed to leave you starry-eyed,” Zdesar adds.

The launch event will celebrate the restaurant’s entrance into the metaverse with live crypto-inspired performances. Individuals from the conference will be able to flash their Whale or Industry passes to unlock a secret curated menu showcasing the most opulent Nikkei dishes (available to purchase only in Bitcoin). “It’s guaranteed to leave you starry-eyed,” Zdesar adds.

Back in New York City, the popular Brooklyn Chop House from restaurateurs Robert “Don Pooh” Cummins and Stratis Morfogen is also getting into the crypto game. On March 14, the steakhouse opened its highly anticipated five-story, 25,000-square-foot Times Square location featuring six private dining rooms, three bars and a “Brooklyn Beach House” rooftop bar. The space also includes an intimate cellar area that, starting this May, will be accessible only to guests who have purchased a special NFT membership. According to the New York Post, the starting price for the basic membership is around $8,000, though more expensive tiers, which range from $20,000 to $1 million, will open up even more exclusive perks.

As the popularity of cryptocurrency and the metaverse continues to grow, we’re bound to see more chefs and restaurants get a taste of the NFT space. The only question remains: Are the rest of us willing to take a bite?