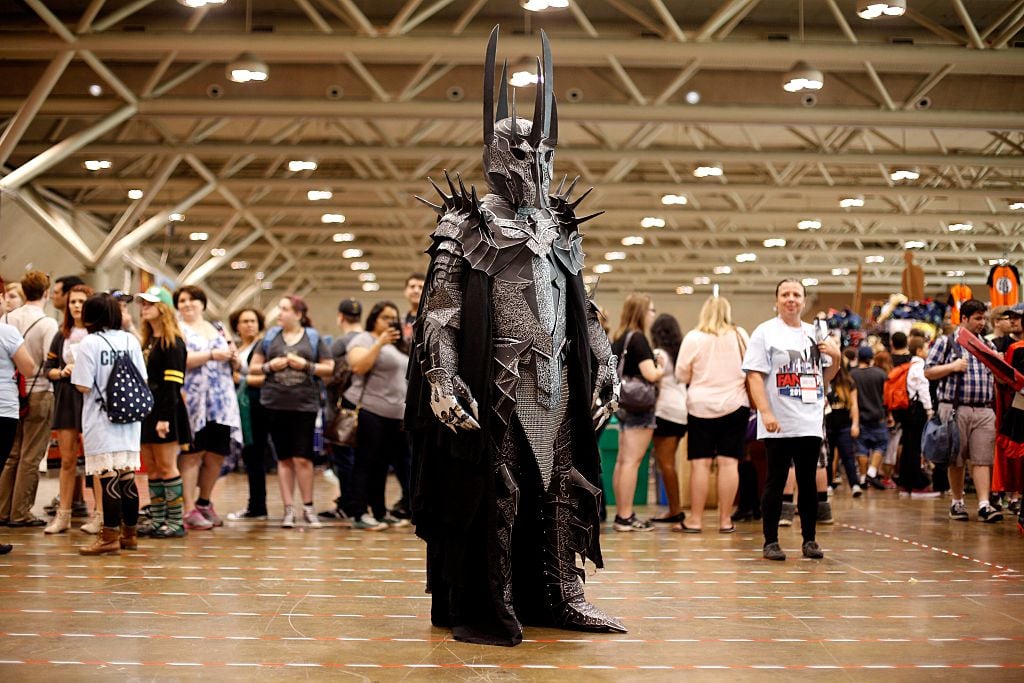 The main villain of Amazon’s The Rings of Power is yet to be revealed, but many Middle-earth fans are convinced that Sauron is back.

We reveal if Sauron will be in the series, discuss a moment in the trailer that depicts his possible entry, and explain who his former master was.

Developed by J.D. Payne and Patrick McKay for Amazon Prime Video and based on the literary work of J.R.R. Tolkien, The Lord of the Rings: The Rings of Power depicts the events that transpired during the Second Age of Middle-earth and stars Morfydd Clark, Robert Aramayo, Cynthia Addai-Robinson, Owain Arthur, Maxim Baldry and more.

Sauron is expected to appear in The Rings of Power

The Dark Lord Sauron is expected to be in The Rings of Power in some capacity, ever since the title of the show was revealed.

Sauron was the one behind the forging of these rings, ending with the creation of the One Ring featured in The Lord of the Rings trilogy.

It is highly likely that Sauron will enter the series as the villain while viewers get flashbacks to how he became the Dark Lord after Morgoth’s defeat.

Morgoth, or Melkor, was known as the first Dark Lord of Middle-earth and became the root of all evil in Eä or the universe.

Morgoth was a powerful Ainur, or Holy One, who reigned during the First Age after rebelling against his creator Eru Ilúvatar. One of his many evil deeds included stealing the Silmarils depicted in Tolkien’s The Silmarillion.

During Morgoth’s ruling, Sauron became the Dark Lord’s right-hand man in charge of commanding Morgoth’s fortress of Angband and his forces in the West.

Morgoth was slain by the Host of Valinor during the War of the Wrath and banished into the void. However, staying loyal to his master even after his death, Sauron soon became the second Dark Lord.

Fans are convinced the “Meteor Man” is Sauron

One scene during the recent teaser trailer for The Rings of Power showed an older man falling to Middle-earth by a meteor and emerging from the fire with help from a Harfoot.

While some fans believe this could be Gandalf, others were convinced that this is Sauron. Both Sauron and Gandalf were known as Maia who would have entered Middle-earth in the same fashion.

The Rings of Power will premiere on September 2, 2022, on Amazon Prime Video.

In other news, Is the new Resident Evil show on Netflix canon?