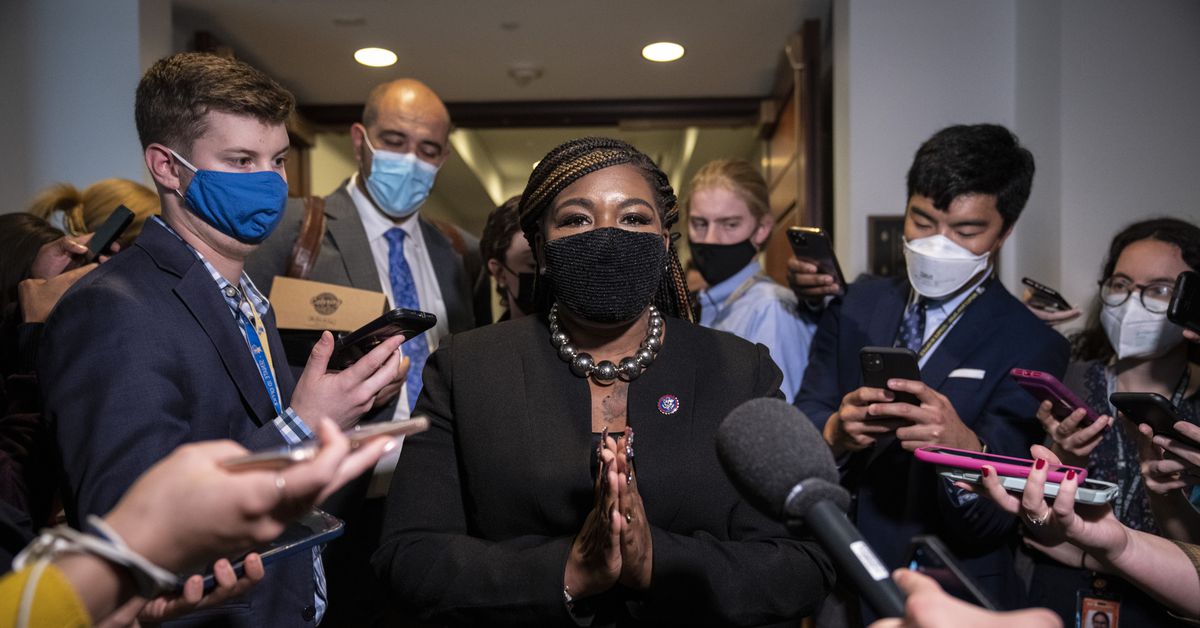 For members of “the Squad,” a group of staunch progressives in the House, Sen. Joe Manchin’s statement opposing the Build Back Better Act (BBB) didn’t come as a surprise. They’d long warned it was just a matter of time before Manchin derailed the bill if a vote on infrastructure legislation, which he supported, was held first.

It turns out they were right.

Manchin has previously voiced a variety of concerns about the massive climate and social spending bill, and has repeatedly demanded it be trimmed down. In an attempt to pressure the moderate senator to support the measure, progressives lobbied Democratic leaders into keeping it linked to a vote on a massive infrastructure package known as the Bipartisan Infrastructure Framework (BIF), as that latter bill was seen as a priority for Manchin.

The bills were coupled for weeks but were eventually separated due to pressure from House moderates and an assurance from President Joe Biden that he’d secure a yes vote from Manchin on BBB. Most House progressives voted in favor of the BIF; in the end, the six House members in “the Squad” were the only ones within the Congressional Progressive Caucus who voted against it. At the time, they reiterated fears that passing the infrastructure bill first would give up any leverage they had to pressure moderate lawmakers like Manchin to consider the Build Back Better Act.

Just over a month after that vote, Manchin has told Fox News he’s “a no” on BBB.

“We have been saying this for weeks that this would happen,” Squad member Rep. Cori Bush (D-MO) emphasized in an MSNBC interview on Sunday. “Having [the infrastructure bill and BBB] coupled together was the only leverage we had. And what did the caucus do? We tossed it.”

Bush’s stance was echoed by other Squad members, like Rep. Ayanna Pressley (D-MA), and it’s now clear these progressives were correct to be worried. Although it’s uncertain just how open Manchin is to a different version of the BBB Act, the comments he made opposing it on Sunday effectively doom the current version.

Democrats are attempting to pass BBB via a process known as budget reconciliation, which allows legislation to pass the Senate with a simple majority. They therefore need all 50 members of the Senate Democratic caucus on board to approve it — a fragile unity that’s impossible to achieve without Manchin’s vote. That fact has given Manchin, the bill’s largest detractor in the Senate, a lot of say over its fate. Over the past few months, he’s shown he’s more than willing to make full use of that influence. He did so again Sunday, shaking what little faith many progressives had left in him.

When a handful of us in the House warned this would happen if Dem leaders gave Manchin everything he wanted 1st by moving BIF before BBB instead of passing together, many ridiculed our position.

Maybe they’ll believe us next time. Or maybe people will just keep calling us naïve. https://t.co/TtKW6VOOCF

For months, the CPC emphasized that it wouldn’t move along the bipartisan infrastructure bill without a concurrent vote on the Build Back Better Act. Members worried that moderates including Manchin would potentially abandon the social spending legislation once infrastructure passed. They were able to issue this ultimatum because the House also has a thin Democratic majority and the CPC has the numbers to keep any bill from passing.

At the start of November, however, as pressure to pass the infrastructure bill grew from both the White House and impatient moderates, most members in the CPC agreed to a compromise. Armed with a written agreement from House moderates agreeing to consider the BBB once the Congressional Budget Office released a cost estimate, as well as Biden’s promise that he would get Manchin’s support, progressives allowed the infrastructure vote to move forward.

This week, the White House said that Manchin was still participating in negotiations as recently as Tuesday, and that Manchin had brought the president a more limited version of the bill he could support. (As Vox’s Andrew Prokop has explained, Manchin’s statements do not explicitly indicate whether he’s closed the door to negotiating on a different version of the BBB.)

“If his comments on FOX and written statement indicate an end to that effort, they represent a sudden and inexplicable reversal in his position, and a breach of his commitments to the President and the Senator’s colleagues in the House and Senate,” White House press secretary Jen Psaki wrote in a statement Sunday.

Jayapal, in the MSNBC interview last week, said she does not regret the CPC’s decision to vote for the infrastructure bill when it did.

“I don’t regret it because I think our leverage was at the maximum point,” Jayapal said. “Had we not done that, I think we would have lost even more on Build Back Better.”

It’s impossible to say exactly what would have happened had progressives not chosen to put their trust in the president’s ability to seal a deal on BBB.

On one hand, questions have been raised about how much leverage progressives actually had throughout this process. Although Manchin helped negotiate the BIF, it was never completely clear whether he wanted it to pass so badly that he’d be willing to overlook his concerns about the size of the BBB and many of its programs. It’s possible he would have been willing to vote down the BBB even if that meant jeopardizing infrastructure legislation, too.

On the other hand, it did appear that the infrastructure legislation was a proposal that Manchin was pretty invested in, and interested in pursuing. He has long emphasized his support of bipartisanship and commitment to a measure addressing much-needed funding for roads and bridges that could garner both Democratic and Republican support. For that reason, the Squad is among those who now believe Democrats made a major miscalculation — one that didn’t just squander a chance to pass BBB quickly but that has put Democrats in a position in which further negotiation will be exponentially more difficult.

Democrats are where they are now because of trust.

Progressives have made a number of concessions on BBB, agreeing to a $3.5 trillion framework after initially proposing a $6 trillion option. Then they agreed to winnow it down further to $1.75 trillion, cutting some of their key priorities, including Medicare expansion of dental and vision coverage.

Throughout this process, there’s been some willingness to move forward because there was still a sense that Manchin was participating in talks in good faith. And there was a sense that Biden, who has often touted the power of his personal relationship with Manchin, could find a way to get the senator to yes. For the CPC, Manchin’s recent statement appears to have hurt this belief.

“Today, Senator Manchin has betrayed his commitment not only to the President and Democrats in Congress but most importantly, to the American people,” the CPC said in a Sunday statement. “He routinely touts that he is a man of his word, but he can no longer say that.”

Now that trust has been shattered, and it will be more difficult to move forward. Progressives may feel less willing to compromise on provisions that remain outstanding in the bill, like drug pricing and Medicaid expansion, feeling that further compromise won’t net them anything from Manchin.

Manchin has also created confusion about what he wants, making it difficult for Democratic leaders to know where they should restart negotiations. It’s unclear if he simply doesn’t like the current shape of BBB and would be willing to vote for the proposal he brought to Biden recently, or if he’s now a no on any more spending.

The senator has placed Majority Leader Chuck Schumer in a tough position as well. Schumer is under increasing pressure from his caucus to simply bring a BBB vote to the floor of the Senate, in hopes of forcing Manchin to vote yes.

The weeks to come will reveal if Manchin is willing to consider a version of the legislation that takes his concerns into consideration, or if he’s willing to walk away from it altogether. In both respects, however, his statement has made it tougher for progressives to trust that he’s willing to engage with this legislation seriously moving forward.