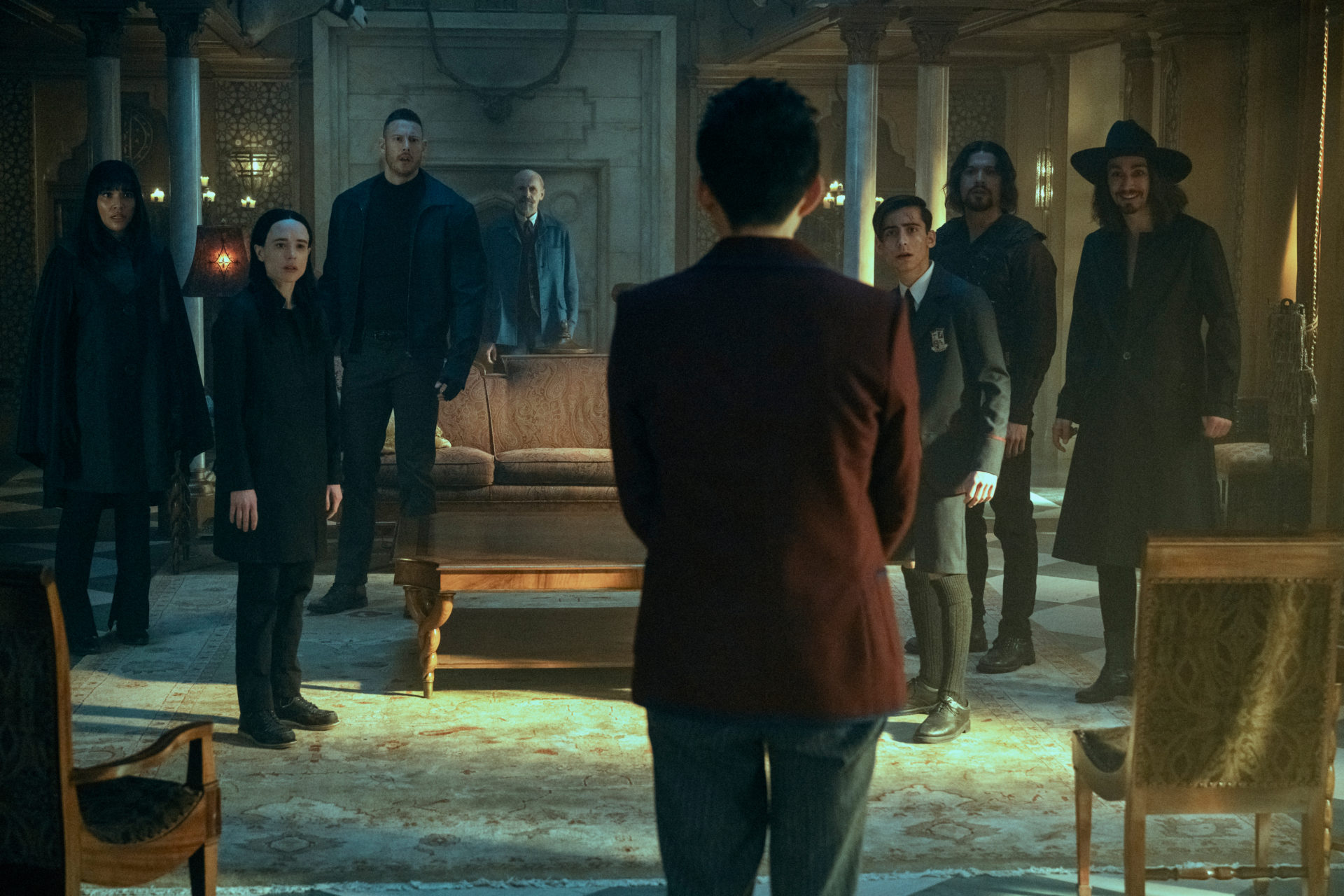 Since the very beginning, Netflix’s The Umbrella Academy has had a close relationship with music, making use of both licensed songs and an original score to help add just the right feeling to each scene.

The newly released third season is no different with the opening episode, in particular, employing music in an ingenious fashion.

But just which songs feature in the toe-tapping soundtrack of The Umbrella Academy season 3?

After an agonising two-year wait, season 3 of The Umbrella Academy arrived on Netflix on Wednesday, June 22nd, 2022.

Following the dramatic cliffhanger at the end of season 2, which saw the Umbrella Academy return to a 2019 where they had been replaced by the Sparrow Academy, the two groups immediately clash but their confrontation turns out to be the least of everyone’s worries as the quest for answers begins.

With the timeline and wider universe facing chaos and impending destruction, the Umbrellas are left with no choice but to convince Reginlad’s new Sparrow family to help put right the glitch in the timeline that caused this alternate future.

Like previous instalments of the much-loved series, season 3 of The Umbrella Academy is packed with music and an especially notable musical number during the Umbrella’s first confrontation with the Sparrows.

The songs that feature throughout the soundtrack of The Umbrella Academy season 3 are:

Episode 8 | Wedding at the End of the World

Season 3 of The Umbrella Academy is available to stream now on Netflix after releasing on Wednesday, June 22nd, 2022.

In other news, Halo series release date and time on Channel 5 confirmed