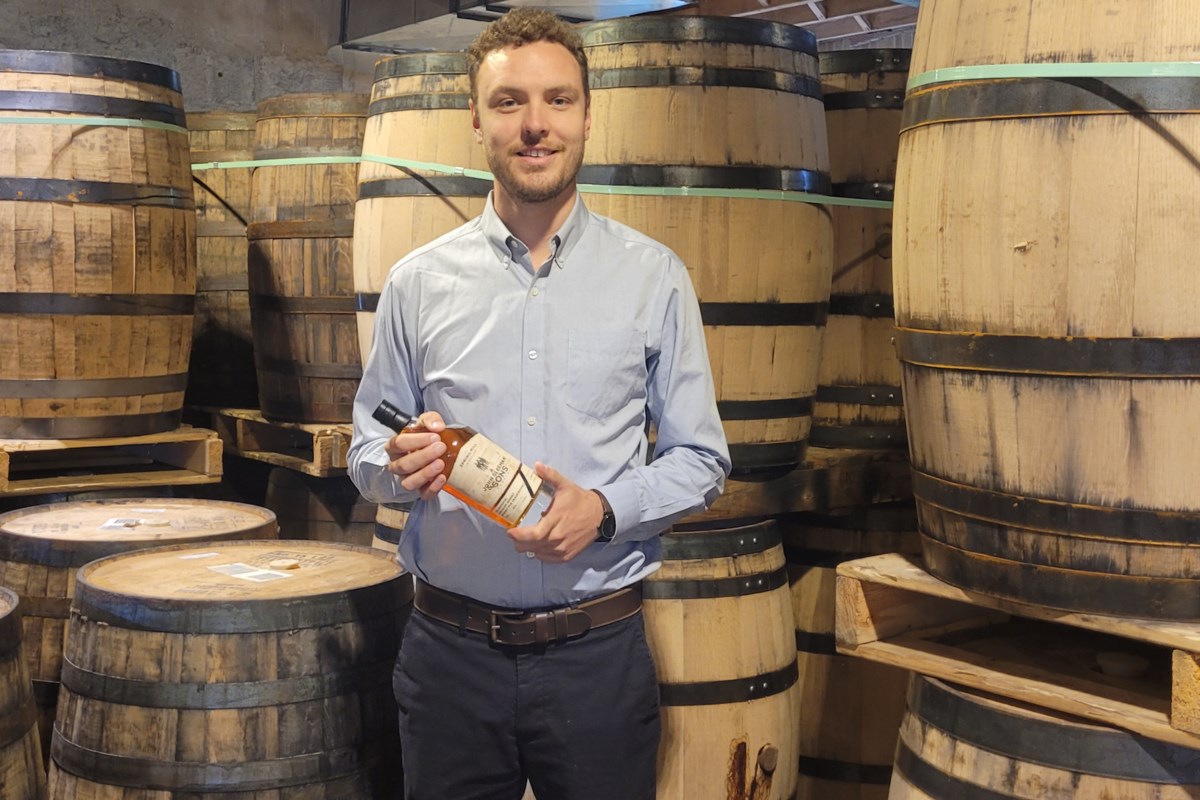 Whisky has always been in the plans for Spring Mill Distillery in Guelph.

But unlike making a gin, vodka or beer, whisky-making takes time and patience, specifically when it comes to the aging process in barrels. And now, after waiting three years, the time has come for the Arthur Street distillery to launch its first batch to the public this Friday.

“It’s been tough, but this is a pretty joyous moment for us, a huge milestone for us,” said Cooper Sleeman, manager of sales and marketing.

“June of 2022 we’ve been talking about for years, and we’re finally here and it’s chaotic to say the least.”

It’s what they’re calling a “traditional straight whisky,” a bourbon in make and taste, but isn’t actually a bourbon because it wasn’t made in the United States.

The barrelling process began in June 2019, about a month after Spring Mill opened their doors at the former Allan’s Mill & Distillery location.

And the result is a spirit Sleeman described as sweet and spicy, with hints of caramel and vanilla.

“It’s very very smooth,” he said. “The interesting thing in talking about whiskys and spirits is people taste what they taste. It’s a complex whisky that I would encourage people to try and figure out what they taste themselves.

“But of the traditional bourbons that you’re finding out of the United States, I think they would stand toe-to-toe, and that might come to a surprise by a lot of people. Product quality has been something that we’ve emphasized since the very beginning.”

The process hasn’t been a smooth one financially.

Spring Mill, like many others, felt the impact and uncertainty that came with the COVID-19 pandemic.

And even though they work closely together with Sleeman Brewery, Sleeman said the distillery isn’t owned by the brewery, which he said is a common misconception.

“When there was the pandemic, and bars and restaurants closing, we couldn’t lean back on giant cash reserves to help get us through this,” he said.

“We really needed to find ways to cut costs, and stay sane because it’s pretty difficult when you (have) no bottle sales for months at a time, and you’re still trying to lay down whisky.”

But the patience has paid off, reaching a date they have been waiting for for a long time.

The front label on the bottle features a blackened photo of Cooper and his brother Quinn, with their father John Sleeman in the middle. The back features a special message from John, which will only be available on the first bottles.

The distillery will begin selling the whisky Friday at 1 p.m., and will hold a launch at the LCBO on Wellington Street West in downtown Guelph from 4 p.m. to 7 p.m. the same day.

The LCBO launch will also feature an appearance by John Sleeman, with a marker in hand to sign bottles for those who pick one up.

“Doing (the launch) here in Guelph feels right,” Cooper said. “The community has really rallied behind us, and helped us get through these challenging times with COVID, so we think it’s only right that we give the people of Guelph an opportunity to get their hands on their first bottles, which is kind of exciting.”

He expects the initial offering will go quickly, and then more batches will come of age in the next couple weeks.

After that, Cooper said they have some coming of age at the end of November, which they hope to turn around and sell for the Christmas season.

More inventory will then start rolling out between January and March of next year.

But the traditional straight whisky is just the start of the plan.

Cooper said they have a single malt that is “still a couple years away,” and there is a possibility an Irish-style spirit could be made available around Christmas time, if the aging process goes well this summer.