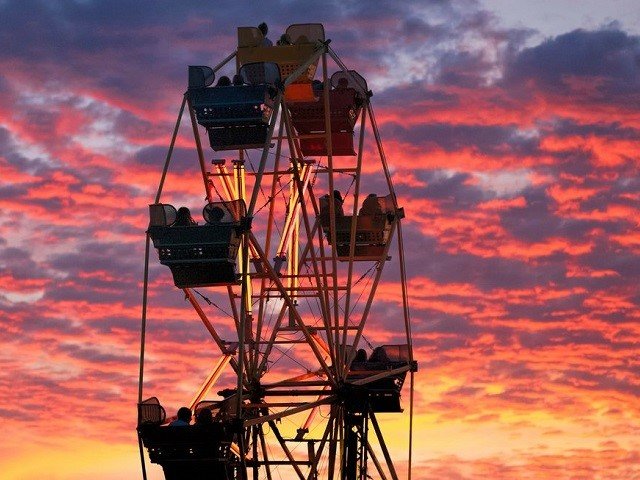 La Fete de Marquette, a fundraiser for east Madison’s Wil-Mar Neighborhood Center and the biggest in a sequence of east facet summer time neighborhood festivals, returns to McPike Park July 14-17 after two summers off, with organizers promising a bash that’s “back and bigger than ever!”

Isthmus is a sponsor of La Fete de Marquette.

Headlining the music lineup, historically heavy on roots, soul and acts from the French diaspora, shall be husband-wife duo The War and Treaty — Michael Trotter Jr. and Tanya Blount — whose music is described by Emily Saliers of the Indigo Girls in a 2020 Rolling Stone profile as “a joyful force.” From Nashville, Trotter and Blount are touring extensively this summer time and can arrive in Madison shortly after coming back from a swing by Europe.

Joining The War and Treaty on La Fete’s invoice are the North Mississippi Allstars out of Hernando, Mississippi. A band that mixes blues and Southern rock sounds, the Allstars’ information have featured visitor spots from Lucinda Williams, Robert Randolph and the Dirty Dozen Brass Band.

And, in step with the competition’s efforts to succeed in a youthful crowd by diversifying the music lineup, producer and DJ Kenny “Dope” Gonzalez headlines a slate of DJs to seem on the competition’s Moon Stage tent. Out of Brooklyn, Dope is taken into account a home music legend in New York.

In addition to the occasion’s three levels — the Sun mainstage, Moon tent and Family Fete — the competition will add a fourth stage this summer time. Located within the Research Products car parking zone, simply to the northwest of McPike Park on South Ingersoll Street, the Lafayette stage will host lots of the occasion’s Cajun and zydeco bands. Other new additions to La Fete embody a New Orleans-style Second Line parade on Saturday, July 16, and a wine backyard with an expanded wine choice.

Organizers additionally plan so as to add new actions for youths and households, in partnership with Red Caboose Child Care Center, and can debut a Karaoke Sing-Off for ages 7-17.