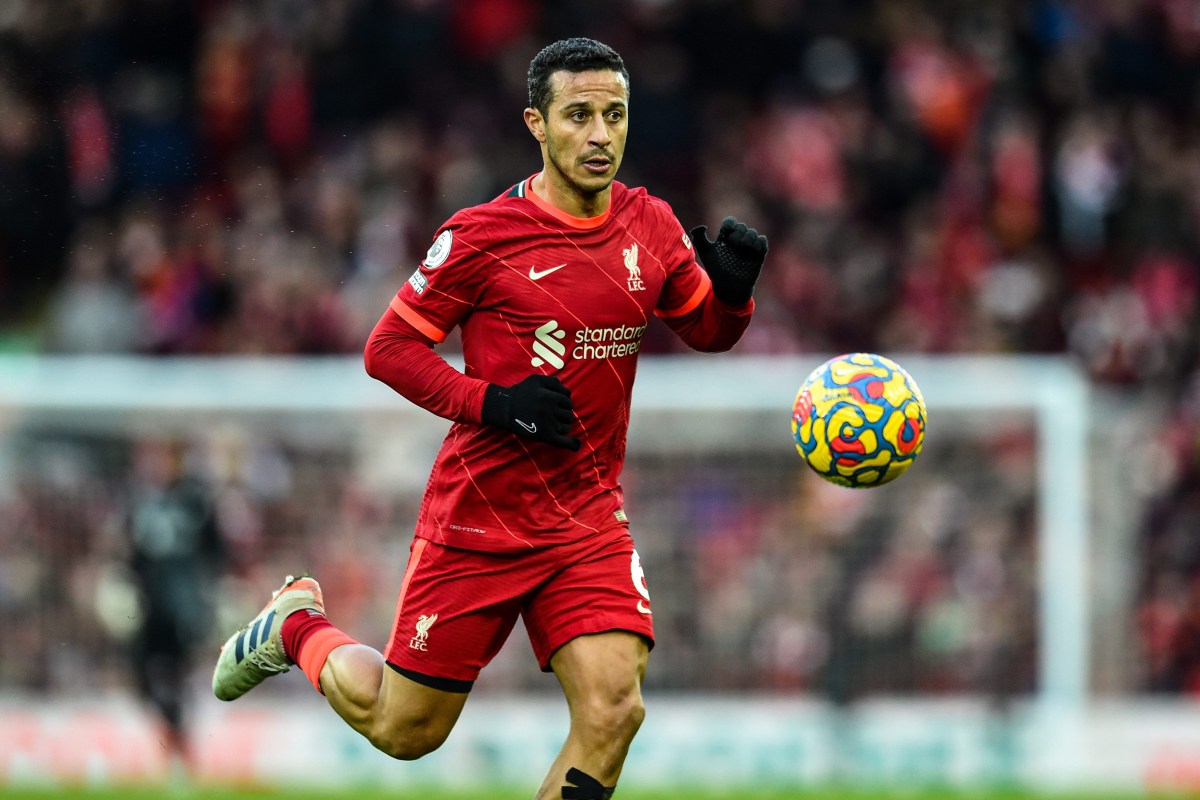 Thiago Alcantara will be monitored by Liverpool following the injury he suffered over the weekend.

The Brazilian midfielder was named in Jurgen Klopp’s starting line-up for the Carabao Cup final clash with Chelsea, a match which they won via a dramatic penalty shootout.

Unfortunately for Thiago, he was unable to feature, having suffered an injury during the pre-match warm-up, leading to him being replaced by Naby Keita in the starting XI.

The Athletic say the injury was down to discomfort in his hamstring, with the player due to undergo a scan early this week.

The 30-year-old has been in wonderful form for Liverpool in recent weeks and was clearly devastated to miss out on the Wembley showpiece.

Thiago was pictured in tears in the build-up to kick-off, while being consoled by goalkeeper Alisson Becker after appearing visibly distraught at being forced out of the match.

Thankfully what he witnessed was arguably the most exciting 0-0 draw of all time as both sides flooded forward to try and secure the victory.

Going all the way to penalties, Liverpool edged the final with an 11-10 shootout victory to secure their first trophy of the season.

With the Reds still competing for the Premier League, FA Cup and Champions League, Jurgen Klopp’s side are on track to record a historic quadruple, something that club legend Ian Rush believes would make the current Liverpool team the greatest ever.

However, the players weren’t getting ahead of themselves as they celebrated the Carabao Cup victory in the Wembley dressing room, with injured midfielder Thiago very much at the heart of the party atmosphere.